Best of Chlorella and Spirulina

In the world of high fashion models there are certain physical traits that you expect to find in the men and women strutting down the catwalk. But every once in a while an unlikely superstar emerges. These individuals generally don’t possess the typical characteristics found in other “supermodels”. They may be heavier, shorter or just downright “unique” in appearance. A similar phenomenon is found in the field of naturopathic medicine. There are plenty of remedies derived from beautiful sources such as echinacea flowers, lavender buds and milk thistle. However other popular supplements are extracted from decidedly unattractive reservoirs. 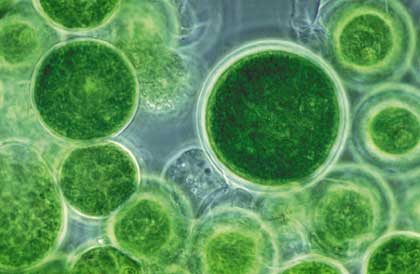 In the eyes of many people, algae such as Chlorella and Spirulina are nothing more than common pond scum. Alternative medicine buffs and research scientists vehemently disagree with that point of view. Both perspectives have a basis in reality. Certain varieties of algae can, in fact, be toxic and virtually all algae have an unpleasant aroma and taste. Naturally, these attributes lend themselves to giving algae a bad reputation. But under a microscope or in the context of medical studies, these very same outcasts are often found to have very promising health promoting features. (1,2,3)

Here’s a bullet point overview of some of the most recent data relating to both of these blue-green supermodels:

While searching through the scientific literature I wasn’t surprised to find numerous studies emanating from Asian countries such as China, Japan and Korea. But what I found particularly interesting was the rather impressive number of algae experiments conducted in India. I simply wasn’t aware of the commercial or traditional use of therapeutic algae in that country. Apparently, I wasn’t the only one who was taken aback by this news. A scientific review of traditional Indian plants in the September 2009 edition of the Journal of Ethnopharmacology includes Chlorella vulgaris in it’s evaluation of this topic. The authors describe Chlorella and 12 plant species as “reported for the first time for the treatment of inflammation related diseases” in the Indian healing tradition. (14)

Future prospects also look particularly bright for medicinal algae. An eye drop consisting of an extract of Spirulina platensis is currently being evaluated for corneal diseases of the eye such as macular degeneration. Preliminary evidence suggests that this natural eye drop may one day offer a more affordable and safer option to currently available drugs including Avastin and Lucentis. (15)

The human studies I’ve referenced today have utilized encapsulated or tableted forms of Chlorella and Spirulina. Both algae have a somewhat aquatic flavor and odor. Therefore, most people prefer swallowing a handful of algae pills rather than sprinkling it into their morning cereal or yogurt. However, it is often possible to mask the taste quite well in a protein shake or smoothie. At the moment, I’m taking a “green food” supplement that comes in a capsule form. In the past I have also used a mixed greens formula that provided both Chlorella and Spirulina in a delicious powder form – no joke! This is one type of supplement that can largely be influenced by your taste. If you have a sensitive palate, I would suggest opting for capsules, tablets or naturally flavored powdered forms. Be sure to choose a form that suits your needs. If you can’t stand the taste, it’s unlikely that you’ll take it consistently.

Update: January 2011 – Over the past year or so there have been a number of new studies involving both Chlorella vulgaris and Spirulina platensis. Some of the findings add new information to the established knowledge base of these microalgae. However the majority of the current data simply supports previous research which, in and of itself, is important to note. With respect to Chlorella, researchers are reporting that: a) it can be used topically as a wound dressing to help promote healing and reduce the formation of scar tissue; b) it’s unlikely to lower blood sugar in diabetics, but appears to protect against oxidative DNA damage and lipid peroxidation and; c) it may significantly improve physical endurance by altering the levels of free fatty acids, glucose, lactic acid and triglycerides.

Neither is Spirulina one to be ignored in the medical literature. Recent experiments indicate that it can: a) protect against heavy-metal induced birth defects in mice exposed to high levels of cadmium; b) shield healthy cells from free radical damage that can otherwise result in “apoptic cell death”; and c) work synergistically with whey protein to chelate heavy/toxic metals and scavenge free radicals which are capable of causing liver damage. Many of the health attributes of these unique microalgae are closely linked to their antioxidant potential. And while most of the previously mentioned experiments were conducted in-vitro and in experimental animal models, they still offer an intriguing glimpse into the potential of Chlorella and Spirulina in those who choose to supplement with them. (16,17,18,19,20,21)


15 Comments & Updates to “Best of Chlorella and Spirulina”