Best of Soy Guide for Women

I’m not sure how I feel about the concept of meaningful coincidences or synchronicity. But that doesn’t stop me from assigning significance to patterns that seem to crop up for whatever reason. In the past few weeks several people that I know have expressed a concern about the estrogenic properties of soy foods and supplements. I’ve covered this issue in previous columns, but thought this might be a good time to report on the most recent evidence available on this controversial topic. 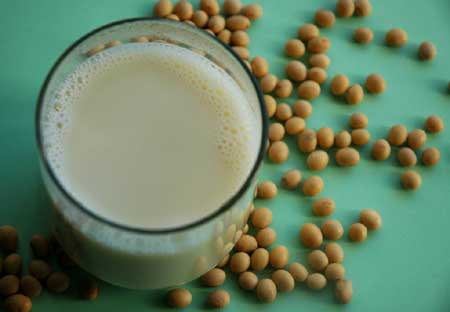 Dr. Mark Messina, of the Loma Linda University Department of Nutrition, is one the of the preeminent soy researchers in the world. He has a piece in the July 2010 edition of the Journal of Nutrition which provides a historical perspective on the scientific study of soy and soy isoflavones (phytoestrogens). Dr. Messina references research dating back to the 1940’s that revealed that soy isoflavones were capable of causing fertility problems in sheep. Mark goes on to document data from the 1950’s that illustrates a paradoxical anti-estrogenic activity of soy phytoestrogens. The concluding remarks of his review state that, “in vitro and animal research has raised questions about the safety of isoflavone exposure for certain subsets of the population, although the human data are largely inconsistent with these concerns”. (1)

By the time a scientific review is published there is usually new research available that could be added to it. I’ve identified several studies which became available after the submission of Dr. Messina’s summary article. The bulk of the data focuses on the effects of soy isoflavones and cancer risk in female populations. A recent Korean epidemiological study examined the diets of 358 women with breast cancer (BC) in comparison to 360 age-matched women who were cancer free. The intake of dietary soy was considered in the context of a larger 103-item food frequency questionnaire. On average, the female participants consumed about 3 oz. of soy per day – yielding approximately 15 mg of isoflavones daily. The women eating the largest amount of soy foods were 64% less likely to have breast cancer. A more specific analysis revealed that postmenopausal women with high soy intake were protected to an even greater extent – a 92% lower incidence of BC. (2)

Population-based studies are useful, however they’re not considered the “gold standard” of research because they only provide observational evidence. The August 2010 issue of the journal Climacteric provides a more highly regarded, intervention trial known as an “open-label study”. A total of 395 postmenopausal women were given 70 mg/day of a standardized soy isoflavone extract over a 3 year period. Endometrial biopsies, mammographies and transvaginal ultrasonographies were performed at the beginning and end of the trial. These tests aimed to answer the question: Does soy cause hormone sensitive tissue to grow and, thereby, contribute to cancer risk? The findings revealed the following data:

There were several instances of side-effects. In all, 8 of the 395 women reported breast pain or tenderness and menstrual bleeding irregularities. However, on the whole, the authors of the trial concluded that, “daily administration of 70 mg of a specific, standardized isoflavone extract for 3 years could be a safe treatment for endometrium and breast”. (3)

A few other relevant studies were published recently regarding soy and women’s health. The first reported that larger intake of isoflavones were inversely associated with the risk of benign breast lumps known as fibroadenomas. Two of the most prominent phytoestrogens in soy, daidzein and genistein, conferred a 64% and 61% reduction in risk respectively. The second trial investigated the efficacy of 100 mg/day of soy isoflavones in a group of 50 women with menopausal hot flashes and mood disturbances. After 3 months, hot flash occurrence and severity declined by 69%. Depressed mood was similarly reduced by approximately 64%. The researchers were also hoping to find positive effects in the participants’ blood pressure readings and body mass index. However, no significant changes in diastolic or systolic blood pressure or weight were demonstrated. (4,5)

I’ve always adopted a rather cautious approach to soy. Even with all of the positive studies I’ve come across, I still harbor some degree of concern about the precise effects of the plant-based estrogens contained therein. But my hope is that further trials will help to calm my suspicions. There’s one upcoming study in particular that I think will be very revealing. The SPARE (Soy Phytoestrogens As Replacement Estrogen) trial is currently being conducted at the University of Miami School of Medicine and will involve 283 women. Various health markers including estrogen levels, hip and spine bone density, menopausal symptoms, serum lipids and thyroid function will be assessed over a 2 year period. A higher dosage of 200 mg/day of soy isoflavones will be provided to half of the women, aged 45 to 60, with the remaining volunteers receiving a placebo. When the SPARE study results become available, I will most certainly report on them. In the meantime, I think it’s prudent to interpret the previously mentioned research with cautious optimism. (6)

Update: February 2011 – The great thing about soy is that there is no shortage of research about it. Since soy is a major food source and of significant interest in the medical and nutritional communities, it is a frequent focal point of various scientific journals. Within the confines of soy research, perhaps the greatest amount of attention is paid to how soy impacts various aspects of female health and well being. Here’s a brief rundown of some of the most recent developments regarding soy isoflavones and soy protein: a) a new study in the journal Menopause reports that a soy isoflavone metabolite (S-equol) can safely inhibit bone loss (resorption) in postmenopausal women; b) a newly published 2 year trial found that daily supplementation with 80 to 120 mg of soy isoflavones doesn’t increase endometrial thickness, fibroid occurrence or negatively impact thyroid function as assessed by serum free thyroxine concentrations; c) combining exercise with soy protein (25 g/day) elevates the calorie burning potential of exercise (resting energy expenditure) in postmenopausal women; d) high dietary soy may lower the likelihood of breast cancer recurrence in postmenopausal women and has no effect on ovarian cancer risk, according to a large Swedish study. Overall these findings add a bit more confidence to the efficacy and safety profile of soy. (7,8,9,10,11)


6 Comments & Updates to “Best of Soy Guide for Women”