Best Of The Anti-Heart Attack Diet

Many conventional nutritionists and physicians pass along a standard piece of advice with regard to managing heart disease via diet: follow the guidelines set forth by the American Heart Association (AHA). After all, who better to offer guidance than an organization that specializes in matters relating to cardiovascular disease? My health tip of the day is to discuss different, and I think, more promising, dietary options with your health care team. 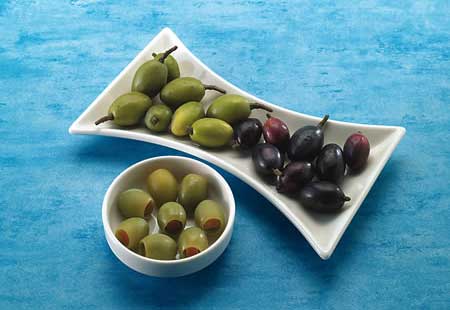 The eating model recommended by the AHA is basically a low-fat menu plan that is rich in fruits, grains and vegetables. It allows for some fat-free or low-fat dairy and one average sized serving of lean meat, poultry or seafood per day. This “no-fad diet” discourages the regular consumption of calorically dense foods including nuts, seeds and sweets. But new research presented in The American Journal of Clinical Nutrition suggests that a significantly different way of eating may be more effective in reducing the risk of heart complications in patients with pre-exisitng cardiovascular disease. (1)

The first of the two investigations examined the effects of a Mediterranean diet in 1,000 men and women who had already had a heart attack or suffered from severe angina (chest pain) upon physical exertion. Roughly half of the study volunteers experienced a myocardial infarction during the 2 year evaluation period. However, those consuming a Mediterranean style diet rich in dairy products, fish, fruits, legumes, nuts, olive oil, vegetables and whole grains exhibited a 12% lower risk of “recurrent cardiovascular disease events”. The men and women who adhered closest to this eating plan were also 40% less likely to report heart problems than those who ate diets with the least amount of Mediterranean elements. A specific analysis of the dietary components suggests that nuts, salad and vegetables were probably responsible for most of the benefits noted in this examination. (2,3)

A similar diet referred to as the “Southern European Atlantic Diet” (SEAD), a traditional Portuguese eating regimen, also appears to confer cardiovascular benefits. SEAD is rich in cod and other fish, dairy products, legumes, pork, red meat and wine. Researchers from the University of Porto Medical School in Portugal studied the diets of 820 heart attack survivors and 2,196 men and women who had never had a cardiovascular event. All of the participants resided in a region where the SEAD diet is commonly practiced. The results indicate that those who most closely followed the SEAD diet were 33% less likely to have a heart attack as compared to those who were least compliant with this style of eating. A deeper analysis revealed an almost 60% reduced risk in a sub-group who followed the SEAD diet, but included lesser amounts of pork, red meat and potatoes in their daily routine. (4,5)

The secondary findings in both the Mediterranean and Portuguese studies are in line with a recent trial that found that eating a low carbohydrate, Mediterranean style diet can significantly lower multiple cardiovascular risk factors. In that research, Israeli scientists discovered that a carbohydrate-restricted version of the Mediterranean diet was more effective at promoting healthier blood sugar and lipid levels than the official diet advocated by the American Diabetic Association (ADA) and a traditional Mediterranean diet. It’s important to note that the ADA and AHA approved diets are very similar. Here are a few specifics of that study:

Here’s my personal take on diet and heart disease: I believe that a natural diet that emphasizes low-glycemic, whole foods and a good ratio of omega-3 fatty acids to omega-6 fatty acids is probably the most powerful approach to combating the progression of cardiovascular disease. Where I differ from the AHA is that I don’t believe that healthy fats and protein need to be generally shunned. The above referenced evidence illustrates the power of traditional diets. However, the final study goes one step beyond and suggests a way of possibly improving upon diets that are already health promoting. If you or someone you know is living with heart disease, I strongly recommend discussing this research with your health care team. Ask them if adopting a low-glycemic, Mediterranean or Portuguese style diet might be right for you.

Update: February 2011 – The latest news about Mediterranean-style eating continues to impress. A study appearing in the December 2010 issue of the journal Cardiology Research and Practice reports that long term adherence to a Mediterranean-style diet results in significant improvements in several risk factors for cardiovascular disease and diabetes in overweight men. The beneficial shifts included a decline in blood glucose and blood pressure, insulin, LDL cholesterol, oxidative stress and triglycerides. Higher HDL or “good” cholesterol was also noted in the men who took part in this particular trial that compared a “MED” diet to a “conventional” diet. What’s more, when caloric restriction and exercise were added to the mix, a rather pronounced weight loss of about 31 lbs. occurred over the 24 month period. At the same time, other researchers are documenting alternative pathways by which Mediterranean diets and their components may influence heart health for the better. A just published review in the journal Public Health describes the potential of select compounds (antioxidants and nutrients) found in Mediterranean foods in offsetting environmental threats caused by passive or secondhand smoke. In addition, relatively obscure phytochemicals in olives may likewise contribute important protective activity. The January 2011 issue of the European Journal of Nutrition reveals that naturally occurring chemicals in olives, alperujo, effectively combat inflammation and promotes healthier circulation via multiple mechanisms. All of this evidence points to a growing consensus that the traditional diet and lifestyle of the Mediterranean region has much to teach us in the 21st century. (8,9,10)


10 Comments & Updates to “Best Of The Anti-Heart Attack Diet”