Southern California is a great place to live if you’re a vegetarian. There are literally hundreds of restaurants and specialty stores that cater to virtually ever type of vegetarian sub-set: lacto vegetarian, lacto-ovo vegetarian, pescetarian, raw foodists and vegans. A few months ago I was invited to a business lunch that took place at an organic, vegan restaurant. Although this isn’t my preferred form of eating, I relished the opportunity to experience such a meal. Ultimately, I opted for a delicious plate of sun-dried tomato hummus with a side of sliced avocado. Instead of the pita chips it normally comes with, I asked for cucumber slices and washed it down with a cup of organic white tea. Was it the most satisfying meal I’ve ever had? Certainly not. But I managed to derive a good amount of nutrition and pleasure from it, given the circumstance. 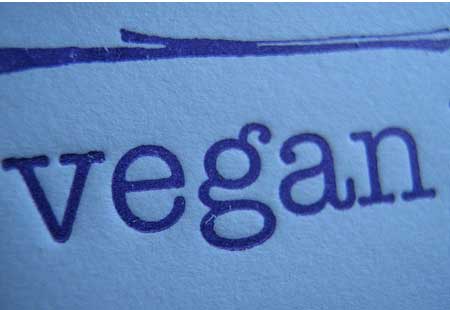 Some people seem to do quite well on a vegetarian diet. Genetic factors and thoughtful food selection are often the deciding forces behind the tolerability of such a menu plan. In addition, it’s helpful to understand the role that strategic nutrition and supplementation can play in supporting this lifestyle over the long term. That’s the advice I give when working with a vegetarian client.

The December 2010 edition of the journal Nutrition provides invaluable data for all vegetarians and anyone considering becoming one. Researchers from Arizona State University examined the digestibility of protein from plant-based foods such as cereals, fruits, legumes, nuts/seeds and vegetables in comparison to the average “dietary reference intake” or DRI. The analysis was based on a group of 21 young adult vegetarians who completed 4 days of food logs. Here are are some of the intriguing findings of this observational study:

Why is this relevant? The general expectation among nutritionists is that the average vegetarian will consume about half of their protein from animal sources that are better absorbed than plant-based protein. However, this is not always the case. Therefore, the authors of this trial determined that protein requirements in “vegetarians consuming less than the expected amounts of animal protein (45% to 50% of total protein) may need to be adjusted from .8 to about 1.0 g/kg to account for decreased protein bioavailability”. (1)

This finding is no trivial matter. Scientific studies in both sexes reveal that: a) vegetarian women tend to have a “lower muscle mass index” than their omnivorous counterparts; b) meat-containing diets support “greater gains in fat-free mass and skeletal muscle mass” when combined with resistance-training in older men. It’s possible that reduced protein digestability may contribute to both of these observations. (2,3)

There are others ways of mimicking the benefits of an omnivorous diet without adding or increasing the amount of animal-based foods to your diet. Creatine supplementation is one example. Creatine is a protein derivative that is naturally produced in the body and contained in select dietary sources including fish and meat. It’s stored in muscle tissue as an energy source that assists mental and physical performance. Numerous studies report that vegetarians tend to have lower quantities of creatine in their systems. The good news is that supplementing with creatine or foods containing it effectively normalizes creatine stores and can, thereby, improve athletic performance and even certain aspects of brain function such as intelligence measures (Raven’s Advanced Progressive Matrices) and working memory. (4,5,6,7,8,9,10)

Many diets and lifestyle choices present certain challenges to reaching optimal health. In my experience, this is often true of a strict vegan or vegetarian diet. However, there are ways of making a plant-based diet much more health promoting. The key, as with any other diet, is to be well informed about specific considerations such as fatty acid intake, possible mineral and vitamin deficiencies and protein requirements. Pertinent blood tests can also assist in determining the real world effects of this dietary program on various health parameters. They can guide you in making necessary changes based on your individual response. When armed with up-to-date knowledge, many common vegetarian pitfalls can be avoided and greater health and well being can be achieved. (11,12,13)