Best Of Exercise for Pain Relief

The last thing anyone wants to do when in pain is exercise. Certain injuries require allowing the body time to recover. However, mental and physical discomfort shouldn’t always be used as an excuse to slow down. In fact, many times, the desire for bed rest may actually be counterproductive. This certainly appears to be the case with some very common, inflammatory conditions that affect both the body and the mind. 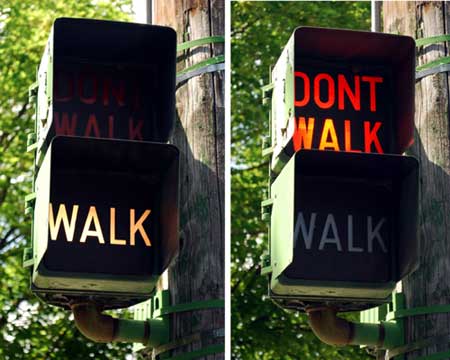 A recent Cochrane Database Systematic Review focused on the role exercise can play in the management of rheumatoid arthritis (RA). RA is an inflammatory condition whereby the body’s immune system attacks its own connective tissue and joints. This disease is not only painful, but it is also progressive and can lead to various degrees of physical disability. The Cochrane summary examined 8 studies that involved a total of 575 participants. The authors determined that specifically tailored exercise programs helped to improve endurance, strength and overall physical function in patients with RA. They also point out the utility of water based exercises in this population. (1)

Pool exercise has recently been studied with regard to another painful syndrome known as fibromyalgia (FM), a condition that affects both the body and mind. Common physical symptoms include aches and pains (tender spots) in joints and muscles. On the psychological front, anxiety, depression, fatigue and poor sleep are frequently reported. A recent trial involving 134 women with FM and 32 with “chronic widespread pain” was presented in the September 2009 issue of the Journal of Rehabilitative Medicine. Half of the female participants engaged in 20 sessions of pool exercises and attended 6 educational classes relating to their respective conditions. The remaining study volunteers only took part in the class work – which included no added exercise. Two tests were used to determine the effects of the different treatments – a Fibromyalgia Impact Questionnaire (FIQ) and a 6-Minute Walk Test (6MWT).

The effects of the water-based exercise appeared to be long lasting, but those with milder symptoms responded in a more profound manner. Another 32 week trial recently found reductions in body pain, emotional problems and improvements in general health, muscle strength and vitality in 30 women with fibromyalgia who participated in “warm water exercises”. (2,3)

The strategic use of exercise can also improve the prognosis for patients with a very common, degenerative form of arthritis known as osteoarthritis (OA). 389 older, overweight patients with knee arthritis were randomly placed in one of two treatment groups. The first set was put on a prescribed diet to promote weight loss. The second group was assigned “quadriceps strengthening exercises” and the same eating plan. The diet called for a calorie reduction of 600 per day. Both treatments were performed by the volunteers in their own homes. They were regularly monitored by researchers from the University of Nottingham over the course of two years.

It’s important to note that the benefits of this treatment protocol were most apparent at the 24 month mark. This is both a blessing and a curse. The good news is that the effects appear to be cumulative and long lasting. The down side is that this sort of program requires dedication and patience. (4)

Physical pain isn’t the only variety of discomfort that responds to an appropriate exercise routine. Another study, also from the University of Nottingham, recently determined that “mentored exercise” can assist women with chronic depression. Previous studies at the university found that physician prescribed exercise programs rarely improved psychological outlook because of low rates of compliance. So for this experiment, 40 depressed women were asked to attend a specially designed program that set out to improve attendance. The newly designed routine involved: a) three visits to the gym a week; b) a half hour “motivational coaching session” prior to exercise and; c) treadmill walking that was supervised by a “sports therapist”. The women exercised as a group in a friendly environment which provided emotional and social support. A comparison group was asked to engage in a more standard “exercise as usual” program. The women who took part in the mentored routine reported dramatic improvements in their mood, quality of life and self esteem. The standard exercise group didn’t detect any noteworthy benefits. (5)

It is my sincere hope that the future of medicine will include more specialized exercise programs. The potential of such therapies seems boundless, yet largely untapped. When I read trials about exercise benefiting breast cancer survivors or helping those with binge eating disorders, I wonder why this isn’t a cornerstone in modern health care. My sense is that doctors need more conviction about the efficacy of such practices. A long term exercise routine is a significant investment that requires a commitment of time and energy. I think some physicians believe that their patients aren’t willing to put forth that level of effort – especially if they’re already in pain. Taking a pill or undergoing a surgical procedure seems so much easier. But the difference is that exercise can often times improve the condition of both body and mind. Instead of side effects from drugs or complications from surgery, we can reasonably predict “side benefits” from physical therapy. I personally believe this a pretty good trade off. If you agree, please let your doctor know that you’re interested in learning more about the use of exercise to promote true wellness. (6,7)

Update: February 2011 – What’s becoming more and more clear about the use of exercise for pain relief is that it must be applied in an individualized manner. Two recent studies in middle-aged women with fibromyalgia (FM) highlight this principle. The collective findings reveal that: a) isometric exercises tend to benefit women whose “fibromyalgia occurred at a younger age” and those “with the greatest experimental pain before exercise”; b) lower intensity exercise may be preferable from the standpoint of long term compliance. Also of interest is a current review in the Journal of Aging Research. It cites a number of mechanisms that underlie reduced pain perception in patients with osteoarthritis (OA) who stay active. The authors of the summary emphasize the seldom made point that “muscle weakness precedes the onset of OA symptoms”. They also single out “land-based aerobic exercise” as a particularly efficient means of protecting against OA, reducing arthritic pain and slowing osteoarthritic progression. Pilates and “therapeutic climbing” are other forms of exercise that have recently graced the pages of prestigious medical journals. A newly published meta-analysis involving 7 randomized controlled studies determined that Pilates exercises are capable of controlling nonspecific low back pain. However, the benefits were not found superior to other forms of physical activity. While the December 2010 issue of the journal Spine reveals that a specialized form of climbing therapy outperformed standard exercise therapy in patients with chronic low back pain. The authors of the trial noted that the therapeutic climbers experienced “greater perceived health and physical functioning” compared to the standard exercise group. This just goes to show you that there’s almost always a “right” way to exercise for everyone. But it’s up to you and your health care team to find it. (8,9,10,11,12)


11 Comments & Updates to “Best Of Exercise for Pain Relief”