Being an informed consumer almost always results in greater satisfaction. This applies when you’re shopping for a car, electronics, a new home and, without a doubt, medical care. In the realm of modern health care if you simply accept all of the information presented by so-called experts, you’ll often miss out on opportunities that you won’t even know exist. Two herbs that are frequently criticized in the popular press are Ginkgo biloba and Silybum marianum or milk thistle. On many occasions they’re described as ineffective and/or unproven at best and potentially dangerous at worst. However, what’s often left out of the picture is the actual data that supports their use and offers clues about their relative safety. 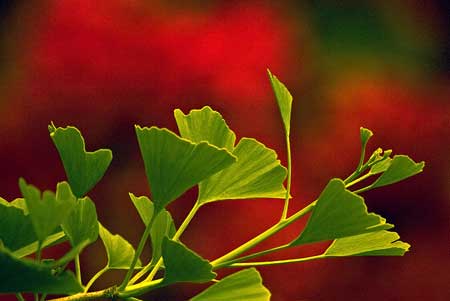 Germany is a world leader in incorporating herbal extracts into their contemporary medical system. A recent systematic review by the Institute for Quality and Efficiency in Health Care based in Cologne, Germany summarized the current state of knowledge about the use of Ginkgo biloba in Alzheimer’s disease (AD). What was unique about this particular collection of information is that it was based on unpublished data resulting from randomized controlled trials. A total of 6 studies were deemed eligible in that they compared Ginkgo to a “placebo or a different treatment option”, employed a rigorous scientific design and provided a minimum of 16 weeks of follow up observation. The findings of the review concluded the following:

A new study published in the December 2010 issue of the International Journal of Geriatric Psychiatry wasn’t included in the previous review. German researchers administered a patented Ginkgo extract (EGb 761) or placebo to 410 outpatients with mild to moderate dementia. The 24 week trial used a once-daily dosage of 240 mg of Ginkgo as a treatment. Patients receiving the Ginkgo preparation demonstrated improvements in cognitive functioning and neuropsychiatric symptoms. While the Ginkgo therapy was found “significantly superior” to placebo, the side effect profiles “were similar for both treatment groups”. (2)

What’s also of interest to me is the behind-the-scenes experiments being conducted on Ginkgo that explore how exactly it protects the brain and supports cognitive functioning. Current publications appearing in various medical journals report that Ginkgo biloba extracts probably exert therapeutic activity by increasing cerebral blood flow in vital centers of the brain such as the parietal-occipital region. In addition, antioxidants present in Ginkgo have actually been found to reach target areas of the brains of test animals after single or repeated doses of Ginkgo. This raises the possibility that this herbal extract reduces oxidative damage to portions of the brain (cerebellum, frontal cortex, hippocampus and striatum) that are associated with age-related cognitive decline. (3,4,5)

Milk thistle is thought of as a supplement that primarily supports liver health. But thinking about it only as a hepatoprotective agent is a lot like referring to Frank Sinatra as just a guy with blue eyes. Simply put, there’s a lot more to this herbal extract. In fact, there’s an intriguing connection between Ginkgo and milk thistle. Researchers from Canada and Japan have recently discovered that select phytochemicals in milk thistle, such as silibinin and silymarin, may discourage the formation of Alzheimer’s disease by preventing oxidative damage and plaque formation in the brain. What’s even more encouraging is that these noted effects seem to result in symptomatic improvements in animal models of AD and dementia. (6,7,8)

Another little known fact about milk thistle is that it’s increasingly being studied as an anti-cancer therapy. Prostate cancer (PCa) is one malignancy which is believed to be particularly responsive to components of this herb. Several in-vitro and human intervention trials from 2010 have specifically investigated the promise of milk thistle extracts alone and in combination with nutrients such as selenium in relation to prostate cancer. The most recent study determined that the pairing of 570 mg/day of silymarin, “a milk thistle flavonolignan mixture”, and 240 mcg/day of selenium, a trace mineral, improved the quality of life in men after radical prostatectomy. The study volunteers also demonstrated a decline in LDL (“bad”) and total cholesterol which are “two markers of lipid metabolism known to be associated with PCa progression”. Other preliminary research offers hope in the form of a test tube experiment which determined that a purified milk thistle extract has the potential to reduce the invasiveness of prostate cancer cells and may, thereby, discourage the spread of cancer or metastasis. However, there’s much that needs to be clarified in this fledgling field of research. One area that will most likely receive a lot of attention in the coming years is how to increase the bioavailability of milk thistle so that it can reach target organs, including the prostate. (9,10,11)

It’s quite possible that some of the research I’ve touched upon today is news to you. If that’s true, I’m gratified to know it. But please keep in mind that this is but the tip of the iceberg. If space and time permitted, I could have very easily gone on to describe how milk thistle may one day be used to manage excessive iron stores in the body by dramatically reducing iron absorption. With respect to Ginkgo, there are newly published studies that reveal that it’s potent antioxidant activity may protect against certain medication induced side effects such as tardive dyskinesia and even diet related liver damage. This is precisely the sort of news that you’re unlikely to hear about from the talking heads that frequently appear on cable and network news programs. But that’s my “bread and butter”. I hope it’s also one of the reasons why you keep visiting my site. Until next time … (12,13,14)