I was planning on writing a completely new blog today, but then I looked over my notes from yesterday’s blog and realized there was more valuable information to share. So today, I’m going to continue to dispel some common food myths. On the agenda for today is a notorious villain: coffee.

Coffee is one of the most popular drinks in the world. We drink it for its pleasurable taste and aroma. We drink it for that boost when we’re feeling sluggish. But we’ve all been told that it just isn’t very good for us. So what’s the truth about coffee? Is it a guilty pleasure? Is it a vice? Should we avoid it altogether? The truth, as is often the case, is not so black and white. 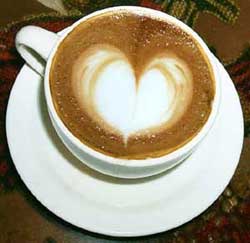 It’s quite common for doctors to recommend a daily aspirin to help support healthy circulation and to reduce chronic inflammation. These effects are supposed to help protect us from the risk of a heart attack. But as with most medications, aspirin can and does have certain side effects. And, let’s face it, most people would prefer to drink something tasty that makes them feel good, rather than swallow yet another medication.

Let’s examine if coffee can actually be heart friendly.

Study #1: A crossover study was conducted on ten healthy volunteers. One group drank about 7 oz of regular coffee. The other group took a capsule containing 180 mg of caffeine with 7 oz of water. Blood from both groups was drawn and analyzed. At a separate time, the groups switched and took the opposite form of caffeine – either the coffee or the capsule. Again, their blood was assessed.

The authors of the study found that some of the phytochemicals in coffee were present in the platelets (a component of blood that affects circulation and clotting) of the coffee drinking participants. They also determined that coffee decreased “platelet aggregation” (platelet stickiness and clumping) and therefore improved circulation. They did not find the same effect in the blood of the caffeine capsule taking group. Link – Coffee and Circulation 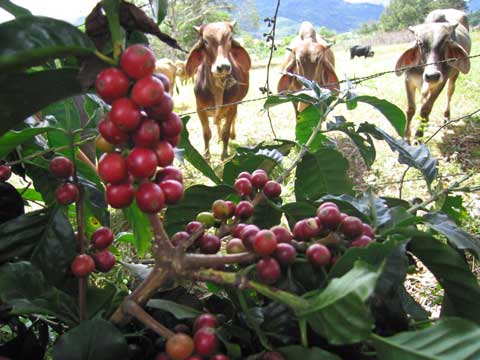 Study #2: There was a recent study that set out to determine whether coffee consumption promoted endothelial dysfunction. The endothelium is a layer of cells that lines the inner walls of our veins and arteries. Damage to the endothelium contributes to hardening of the arteries and plaque formation. Prior to this study, it was pretty much universally believed that coffee caused harm to the lining of the arteries.

To test this hypothesis, 730 healthy women and 663 women with type-2 diabetes agreed to participate in a study. Their ages ranged from 43-70 years old. Food questionnaires and blood tests where collected over a four year period.

Approximately 75% of both sets of women consumed at least 1 cup of coffee per day. The researchers looked specifically at two markers for inflammation that have been linked to damage of the endothelium. Here’s what they found:

+ In the healthy women, there was no difference found. In other words, the coffee didn’t help but it didn’t hurt either. Link – Caffeine and Inflammation

Study #3: Ultimately, we just want to know whether eating or drinking something is going to help us stay well and live longer or be the flip side of that coin. This next population study gives us a very optimistic picture of the effects of regular coffee drinking.

1,354 people, ranging from 65 to 96 years of age were analyzed based on their coffee consumption. Of all the people followed, 210 of them died from cardiovascular disease and 118 died from coronary disease over the course of ten years.

A significant reduction in heart related deaths were found in the coffee drinkers that had a systolic blood pressure of under 160mm and a diastolic below 100mm. The researchers estimated the reduction of risk to be about 43% for those consuming coffee versus those that didn’t partake in coffee.

Improved circulation. Decreased arterial inflammation. A lower risk of heart related deaths in old age. That sounds like a pretty good deal to me.

Is coffee right for you? It depends. You have to look at your entire health picture before deciding on what medicinal foods you should use. For instance, coffee may not be appropriate if you already suffer from high blood pressure or if you have some sort of heart beat irregularity (like a heart arrhythmia). The key is to choose what’s right for your individual health circumstance. Just make sure to decide based on solid evidence rather than myth.