Recently I posted a link on Twitter about the benefits of drinking water on weight loss. One response I received essentially asked, “Doesn’t everyone know that drinking water helps you lose weight?”. Well, I suppose many people do. But this reader’s question may reflect similar thoughts you’ve had while reading my daily blogs. You may detect familiar ground in some of the issues I cover. In fact, at times I even point out that I’m updating a particular health issue. The reason I do this may not be entirely clear. Scientists generally like to re-test widely held beliefs in order to clarify and verify them. Even the most widely accepted concepts in medicine benefit from further investigation. The result of such inquiries often add to the knowledge base and allow for a more accurate application of the information in question. 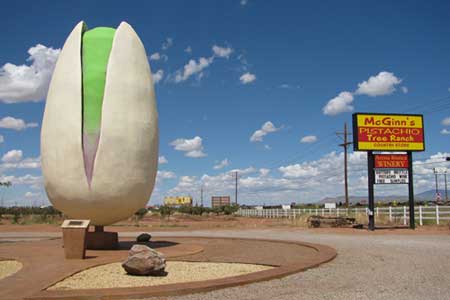 Just about everyone knows that nuts and seeds are among the healthiest foods we can eat. They’re rich in fiber, healthy fats, nutrients and protein. Provided there are no allergy issues, most people should probably eat more of them. That’s the prevalent opinion in the field of nutritional science at the moment. But are all nuts and seeds equal? You might get that impression because these snack foods are often lumped together into one seemingly indistinguishable category. After all, when’s the last time a doctor or nutritionist prescribed a specific nut or seed to you? “Take 2 ounces of almonds, but not cashews or macadamia nuts, and call me in the morning”.

The term “tree nuts” typically refers to nine common nuts: almonds, Brazil nuts, cashews, hazelnuts, macadamias, pecans, pine nuts, pistachios and walnuts. An analysis of the 5 year National Health and Nutrition Examination Survey (NHANES) specifically looked at the impact of eating these nuts in a population of 13,292 US men and women. Of that group, a subset of study volunteers was classified as “tree nut consumers”. On average, these participants ate more than a 1/4 ounce of nuts per day. The adults who consumed tree nuts regularly demonstrated a higher intake of several protective dietary components: calcium (+73 mg/day), fiber (+5 g/day), magnesium (+95 mg/day), potassium (+260 mg/day) and Vitamin E (+3.7 mg/day). On average, sodium intake was also lower in these study volunteers (-157 mg/day). The authors of the examination concluded that, “Tree nut consumption was associated with a higher overall diet quality score and improved nutrient intakes”. They went on advise that, “Specific dietary recommendations for nut consumption should be provided for consumers”. (1)

Fiber, minerals and vitamins aren’t the only reasons to consider eating more tree nuts. A new report published by the Jean Mayer USDA Human Nutrition Research Center on Aging at Tufts University describes the importance of non-nutrient antioxidants that are also present in this valuable food commodity. The USDA researchers note that substances such as hydrolyzable tannins, lignans, napththoquinones, phenolic acids, phytosterols, polyphenols and tocopherols are perhaps as noteworthy or even more so than the more commonly cited minerals and vitamins in tree nuts. They go on to explain that these potent phytochemicals exhibit antioxidant, antiproliferative (cancer fighting), anti-inflammatory, antiviral and cholesterol lowering activity. (2)

A recent example of how one could apply nuts to a daily wellness routine can be found in the April 2010 issue of the journal Nutrition. Turkish scientists enrolled “32 healthy young men” (aged 21 to 24) with normal cholesterol levels in an 8 week trial that examined the effects of dietary pistachios (Pistacia vera L.). The study began by administering a Mediterranean style diet to all the volunteers for 4 weeks. After which, 20% of the added (monounsaturated) fat in the diet was replaced with pistachio nuts. Several measures of cardiovascular health were tallied at all stages of the trial. Testing included: cholesterol panels, fasting blood glucose, C-reactive protein (CRP), interleukin-6 and tumor necrosis factor-alpha (inflammatory markers) and a measure of circulation referred to as “brachial endothelial function”.

There was also evidence of a positive antioxidant shift in the pistachio study group. Lower levels of lipid hydroperoxide and malondialdehyde and an elevation of superoxide dismutase indicate a health promoting alteration in oxidative stress in the test subjects. The researchers remarked that, “These findings are in accordance with the idea that nuts, in particular pistachio nuts, have favorable effects beyond lipid lowering that deserve to be evaluated with prospective follow-up studies”. (3)

Lignans are a class of polyphenols commonly found in seeds. The body converts these phytochemicals into bioactive substances such as enterolignans, enterodiol and enterolactone which exert modest estrogenic effects in the body. In addition, or perhaps because of this, they appear to play a role in supporting cardiovascular health and protecting against certain hormonally-dependent cancers. (4)

Flaxseeds and sesame seeds are two of the most abundant sources of lignans in the modern diet. A few recent studies have examined the effects of these two lignan donors in varied populations. The first was a double-blind, placebo-controlled experiment which involved 38 postmenopausal women. Half of the participants consumed two slices of bread that were supplemented with 25 grams of flaxseeds (providing 46 mg of lignans/day). The remainder was provided with wheat bran enriched bread, containing <1 mg of lignans/day. After 12 weeks, various indicators of cardiovascular and hormonal status were compared to baseline measures. No significant differences were exhibited between the two groups. However, it is interesting to note that all the women reported reductions in hot flashes and an overall improvement in menopausal symptoms as assessed by Kupperman Menopausal Index scores. (5)

The inclusion of 25 grams of sesame seeds daily, providing 50 mg of lignans, also failed to alter the health status of a group of “overweight or obese men and women”. This particular sesame investigation employed an even more accurate testing model than the previously mentioned flax study. The participants were administered sesame seeds or a placebo for 5 weeks. Following the initial 5 week intervention, there was a 4 week break or “washout period”. Finally, the study volunteers were given the opposite intervention for an additional 5 weeks (referred to as a crossover study). The researchers detected a dramatic 8-fold increase in the “urinary excretion of mammalian lignans, enterolactone and enterodiol” as a consequence of sesame intake. However, no relevant changes were documented in terms of blood pressure, inflammatory markers, lipid levels or oxidative stress. (6)

The point of today’s column isn’t necessarily to say that tree nuts are a better choice than flaxseeds or sesame seeds. My objective is simply to point out that not all nuts and seeds are created equal. In future studies, scientists may very well discover that higher levels of flaxseeds or sesame seeds are needed to evoke meaningful health benefits. Pistachios may continue to gain a heart healthy reputation or they could possibly be eclipsed by some other nutty contender. The real take home message here is that there is value in knowing the scientific track record of what you eat, especially if you plan to use food therapeutically.

Update: February 2011 – If you’re not already eating nuts and seeds as part of your daily diet, here are five additional reasons why you should: 1) Eating 100 grams of pistachio nuts daily for 3 weeks significantly improved erectile function and various cardiovascular health markers (HDL, LDL and Total Cholesterol) in a group of 17 married men with erectile dysfunction. 2) A just published review examined whether or not eating nuts increases the likelihood of obesity and weight. The findings indicate that nut consumption actually lowers the risk of long term weight gain and may reduce waist circumference when paired with a Mediterranean-style diet. 3) Eating just one Brazil nut daily for 8 weeks is an effective way to increase the levels of two powerful antioxidants, glutathione and selenium, in human subjects. 4) The January 2011 issue of the Journal of Nutrition reports that eating whole pecans regularly may protect cardiovascular health by elevating post-meal “antioxidant defenses” and reducing LDL (cholesterol) oxidation. 5) A recent trial involving diabetic rats indicates that a combination of flax and pumpkin seeds prevents the typical kidney and liver damage that are hallmarks of this progressive disease. The authors of the study are hopeful for a similar affect in humans that will ultimately “be helpful in preventing diabetic complications”. After reading all of this promising research, one might conclude that you’d be nuts not to eat more nuts (and seeds). (7,8,9,10,11)