Nutrition News You Can Use

Today’s column deals with three distinct nutritional strategies that have the potential to dramatically change your life. Does that sound like the beginning of an over-the-top sales pitch? Maybe so. But the only thing I have to sell right here and now is free information that you can use, if you so choose, to help yourself and others to live more healthfully and peacefully. Whether or not you decide to apply this information will likely depend on how well I “sell” the concepts and your willingness to do what it takes to adopt them. That, in a nutshell, defines natural medicine. It works best when the information provided is accurate, non-manipulative and requires dedication from those who hope to benefit from it. 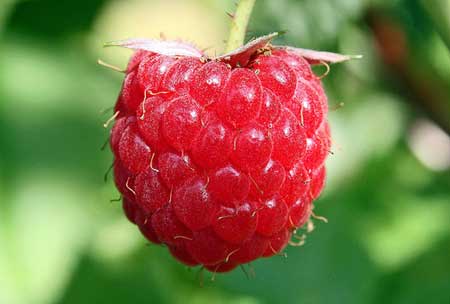 Attention-deficit hyperactivity disorder has a major impact on the lives of countless children, parents and teachers. The most common way to manage children with disruptive tendencies and poor academic performance is to prescribe stimulant-based medications such as Adderall, Concerta and Ritalin. However, there are viable alternatives that may offer a natural approach to addressing this condition. The use of an elimination diet is one approach that is gaining traction in the integrative medical community.

An elimination diet is a strict dietary protocol that aims to avoid foods that may trigger ADHD symptoms in sensitive adults and children. Common culprits include chocolate, citrus fruits, corn, eggs, legumes, milk, soy, tomatoes and wheat. A study appearing in this month’s issue of The Lancet, a prestigious medical journal, provides the latest illustration of how powerful a role food can play in children with ADHD. The trial in question enrolled 100 young children (4 to 8 years of age) in one of two diets: a restricted elimination diet or a “healthy diet” over a 5 week period. Changes in ADHD symptom severity were assessed using an ARS (ADHD Rating Scale) and an abbreviated Conner’s scale (ACS). The children on the restricted diet demonstrated statistically relevant improvements in both ACS and ARS measures. These findings are supported by other recent inquiries that have found a response rate of about 70% in children with ADHD who are placed on elimination diets. (1,2,3)

I’m a big proponent of including plenty of dietary fiber in one’s diet. The latest edition of the journal Archives of Internal Medicine supports my long held point of view. An analysis of nearly 400,000 middle-aged men and women reveals that those who consumed the highest amounts of dietary fiber were 22% less likely to die from all causes over a 9 year follow up period. When the researchers broke down the various causes of mortality, they determined that men incurred 24% protection against cardiovascular mortality and a 56% reduction in deaths caused by infectious or respiratory diseases. These encouraging figures were even more impressive in women: a 34% reduced risk of cardiovascular-related mortality and a 59% protection against infectious and respiratory diseases. And lest you think this is a regional observation, it’s important to note that recent studies that examined the role of fiber intake and mortality in Japan and Netherlands have come to similar conclusions. (4,5,6)

Opting for grass-fed dairy and meat as opposed to conventional raised dairy and meat products is an issue that is at the forefront of my nutritional philosophy. Raising cattle and other livestock in this traditional manner is more humane and results in a more nutritious food source. On the nutrient front, newly published research confirms that grass-fed beef contains a healthier ratio of omega-3 to omega-6 fatty acids. Grass-fed dairy and meat also contain potentially therapeutic substances, including select antioxidants (carotenoids, glutathione, Vitamin E) and conjugated linoleic acid (CLA) which may help protect consumers from a variety of health threats including cancer, cardiovascular disease and obesity. But the real question that begs to be answered is whether the nutrition contained in grass-fed foods is actually put to use by the human body. The January 2011 issue of the British Journal of Nutrition provides the beginning of an answer. Twenty participants were randomly provided with beef and lamb products that were conventionally raised or grass-fed. Over a 4 week period, the volunteers consumed three portions of the respective meats. Blood tests were conducted at baseline and at the end of the trial. The results indicate that the men and women who were given the grass-fed meat exhibited higher levels of of omega-3 fatty acids in their plasma and platelets. The authors of the study concluded that “red meat from grass-fed animals may contribute to dietary intakes of LC n-3 PUFA in populations where red meat is habitually consumed”. (7,8,9)

Adopting a strict elimination diet can be quite daunting for many children and parents. Adding more dietary fiber can likewise require some planning and resolve. Seeking out sources of grass-fed dairy and meat often necessitates some research and budgeting since grass-fed products tend to be more expensive. But, I would urge you to consider the positive side of the equation rather than just the effort involved. Curtailing your consumption of allergenic foods may allow you or your children to avoid powerful stimulants that always carry the risk of side effects. Including more roughage in your diet via whole foods is likely to forestall many of the leading causes of disability, medical expenses and mortality. Using grass-fed sources of nutrition may just allow you to enjoy certain dairy products and red meat in a health conscious way. This is a roundabout way of saying: How you perceive a challenge and the potential gain from meeting it can make all the difference in the world.


6 Comments & Updates to “Nutrition News You Can Use”