Best Of Acupressure News and Reviews

Prospective consumers tend to categorize alternative and complementary therapies on a subconscious level. The fact of the matter is that some holistic techniques seem more reasonable than others. This is often a consequence of the culture and medical care to which we’ve been exposed throughout our lives. Human nature generally dictates that we gravitate to that which is familiar. With that in mind, allow me to suggest that esoteric healing techniques afford something rather profound to us all: an opportunity to expand our horizons and experience the world in a broader context. 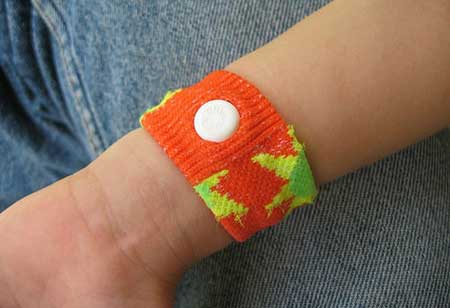 Acupressure is an ancient healing modality that employs the application of finger or palm pressure to specific acupoints on the body. The acupoints in question correlate to various organs and systems that may be dysfunctional. For over 4,000 years, healers have employed this practice in the management of both mental and physical maladies including asthma, drug addiction, labor pain and even weight loss.

The past several months have provided a treasure trove of evidence supporting the modern use of acupressure.

Acupressure for Dysmenorrhoea – The February 2010 edition of the journal Complementary Therapies in Medicine reviewed the current state of research regarding acupressure in the treatment of primary dysmenorrhea (menstrual cramps and pain). The Korean scientists conducting the analysis identified 4 randomized controlled trials (RCTs) involving a total of 458 participants. Two of the studies “reported significant improvements in the severity of pain for acupressure compared with sham acupressure on non-acupoints”. The remaining trials documented positive changes in anxiety and reductions in the use of pain medication in those receiving acupressure treatment. One of the studies specifically looked for evidence of adverse reactions and did not find any. Overall, the authors commented that, “The available data from RCTs suggest that acupressure alleviates menstrual pain”. However they cautiously added that, “These results were limited by the small number of trials. Well-designed RCTs with rigorous methods of randomization and adequately concealed allocation are needed”. (1)

Acupressure for Post-Stroke Care – An experiment recently conducted at the University of Colorado at Boulder examined the relative merits of applying acupressure in a group of stroke patients. Previous inquiries postulate that acupressure may “positively affect heart rate and blood pressure”. A specific form of acupressure known as Jin Shin was used in the 16 stroke survivors who participated in the trial. Over the course of 8 weeks, the study volunteers received Jin Shin acupressure or placebo acupressure. The treatment period was followed by a washout phase, after which the groups underwent the opposite treatment as part of a crossover study design. A consistent benefit in relation to heart rate was found during the Jin Shin intervention. The conclusion of the trial states that, “Active acupressure reduced heart rate significantly more than did placebo acupressure during treatments. Although no treatment effect on blood pressure was found, this could be due to 67% of participants taking antihypertensive medications during the study”. (2)

Acupressure for Chemotherapy-Induced Nausea – One of the biggest hurdles in the administration of chemotherapy is the tolerability factor. A trial appearing in the February 2010 issue of the European Journal of Oncology Nursing suggests that acupressure may be a valuable tool for patients undergoing conventional cancer treatment. A wristband (Sea-Band) that stimulates the P6 or Neiguan acupoint was applied to 34 women with gynecologic cancer. Pre and post-tests indicate that the patients wearing the acupressure wristband demonstrated a decline in nausea severity and a reduction in retching and vomiting episodes. The researchers also noted a decline in the dependence of antiemetic medication use to help manage symptoms. (3)

Acupressure for Insomnia – A different acupoint was the focus of a Taiwanese study recently published in the International Journal of Nursing Studies. The Shenmen point (also known as HT7) has been traditionally associated with sleep quality. In order to scientifically test this historical claim, researchers from Taipei Medical University enlisted 50 men and women with insomnia to participate in a randomized controlled trial. Half of the study volunteers were provided with “standard acupressure on the HT7 points of both wrists”. The remainder or the control group “received only light touch” at the same wrist acupoint. The duration of the study was 5 weeks and the researchers utilized the Athens Insomnia Scale-Taiwan form (AIS-T) and patient questionnaires as a means of quantifying pre and post trial sleep quality. Not only did the acupressure improve insomnia symptoms during the treatment period, but the benefits extended for an additional 2 months after the completion of the study. (4)

Acupressure for Chronic Headache Pain – Chronic headaches are sometimes treated with muscle relaxant medications. Researchers from the Department of Rehabilitation at Kaohsiung Medical University in Taiwan recently conducted a head-to-head comparison of these medications versus acupressure in 28 patients diagnosed with chronic headache. Baseline measures of “self-appraised pain scores” and headache related quality of life were documented at the beginning of the study, after one month of treatment and at a 6 month follow-up examination. Pain ratings, based on a “visual analog scale” were significantly lower in the acupressure group – 32.9 vs 55.7 in the medicated test subjects. These benefits were present at the 6 month follow-up as well. The authors of the study summarized their findings as such: “Our study suggests that 1 month of acupressure treatment is more effective in reducing chronic headache than 1 month of muscle relaxant treatment, and that the effect remains 6 months after treatment”. (5)

There are two divergent theories about how acupressure works. The traditional Asian philosophy suggests that illness and pain are often the result of a system that is out of balance. The blockage of energy flow at one or more meaningful spots in the body (known as meridians) is thought to cause this imbalance. Applying pressure to the blocked acupoints or medians allows for “life energy” to flow more freely. A visual example is a traffic jam. Acupressure alleviates the congestion in a vulnerable location in the body and allows for energy/traffic to flow better in every direction.

The western interpretation of acupuncture is based squarely on established chemical and physiological reactions that occur within the body. According to modern science, acupressure likely exerts its positive effects by improving circulation, reducing muscle pain and tension and stimulating the release of endorphins (“feel good” hormones). The very act of increasing blood flow to an sensitive location can stimulate healing by increasing access to nutrients and oxygen in the damaged tissue. In addition, inflammatory substances and injury related toxins can be shuttled out of the area more efficiently in the presence of optimal circulation. (6)

If you’re still not entirely comfortable with the idea of acupressure, consider this: Shiatsu massage is a Japanese form of acupressure. Many non-holistic types have enjoyed some form of Shiatsu at one point or another. The benefits of such a treatment are obvious to anyone who’s ever had the pleasure of trying it. But what’s not so apparent are the underpinnings of this rejuvenating massage technique. Shiatsu practitioners purposefully stimulate acupoints throughout the session. The principal intent is to clear blockages in energy flow that may contribute to poor systemic health and trapped tension in the musculoskeletal system. The end result is that you generally feel incredible afterward. Part of the reason for this sensation is likely thanks to acupressure.

Update: February 2011 – Acupressure continues to provide glimpses of promise in the scientific literature. But, like most other healing modalities, it doesn’t work for everybody and under all conditions. Here’s a review of several current studies that bear this out: 1) A new trial conducted at the University of Maryland School of Medicine reports that the application of magnetic acupressure at the LI4 acupoint appears to safely reduce severe pain in cancer patients undergoing bone marrow aspiration and biopsies. 2) PressureRight, a popular acupressure wristband, failed to outperform a placebo/sham acupressure wristband in a group of 340 women during labour and delivery. 3) A combination of acupuncture and acupressure wristbands decreased instances of post-operative retching and vomiting in 154 children undergoing adenoidectomy or tonsillectomy. 4) Acupressure on the SP6 meridian provided immediate and delayed (3 hours after treatment) symptom relief in young women with primary dysmenorrhea or painful menstruation. 5) Massaging and tapping acupoints associated with the eye, kidney and liver twice-daily for 4 weeks effectively reduced intraocular pressure in patients with glaucoma. A significant improvement in visual acuity was also noted. None of these studies points to acupressure as a panacea or a therapy that’s well suited as a primary care agent. However, it does seem to be a worthy candidate in instances where adjunct therapies could be applied. (7,8,9,10,11)


9 Comments & Updates to “Best Of Acupressure News and Reviews”