Every so often a news story is promoted that questions fundamental beliefs about good nutrition. I used the word “promoted” purposefully. If there’s a health related press release that is likely to be controversial or sensational, it generally moves to the front of the line for consideration. Take for example the recent publicity surrounding a study that supposedly found that eating a “big breakfast” increases daily caloric intake rather than lowering it. Previous inquiries have reported that starting the day off with a hearty breakfast is probably one of the best ways to ensure better subsequent food selection and a healthier weight. So the fact that one study refutes this widely held opinion can be big news. 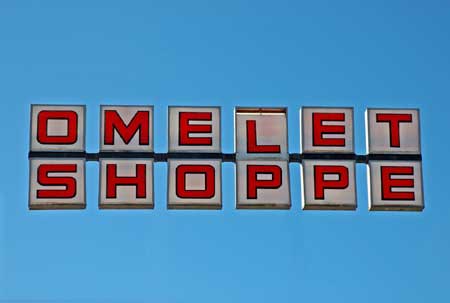 The headline-making study in question was published in the January 2010 issue of the Nutrition Journal. The data itself was based on an analysis of the eating habits of 100 normal weight men and women and 280 obese counterparts. According to the authors of the study, “The increasing ratio of breakfast to total daily energy intake was associated with a significant reduction of overall intake on days where post-breakfast energy was significantly reduced”. In other words, those who consumed fewer calories during breakfast generally consumed fewer overall calories throughout the day. (1,2)

So, have I and other nutritional experts been wrong in emphasizing the importance of breakfast all along? To answer that question, I sifted through the recent medical literature to see what I could find. After all, my ultimate goal is to provide my clients and readers with the most accurate and practical information possible. If that means breakfast should be avoided, so be it.

British Journal of Nutrition, Feb. 2011 – The current issue of the BJN reports that eating a protein rich breakfast in a solid form, rather than as a “protein-rich beverage”, is significantly more effective in reducing appetite and food intake at lunchtime meals. (3)

Nutrition and Metabolism, Jan. 2011 – Adding whole almonds to a high carbohydrate breakfast lowered blood sugar and supported a “daylong feeling of fullness” in 14 test subjects with glucose intolerance. This particular trial examined the effects of various types of almond-based ingredients including almond butter, almond oil and defatted almond flour. The results indicate that whole almonds provided the most pronounced effects. (5)

Nutrition Journal, Jan. 2011 – Researchers from the Department of Food Technology at Lund University, Sweden determined that whole grain rye kernels are a better option than wheat kernels with respect to the breakfast/daily calorie connection. Ten healthy volunteers, consuming the respective grains on different occasions, revealed that the consumption of rye products lowered “acute insulin responses” and resulted in a “16% lowering of energy intake at a subsequent lunch meal”. What’s the secret to rye’s success? Bulking fiber or indigestible carbohydrates which help fill you up and produce beneficial fermentation metabolites. (6)

Diabetes Care, Dec. 2010 – Eating a soy yogurt “prebreakfast high-protein snack” lowers post-meal blood sugar elevation in type-2 diabetics by almost 40%. Of note, the participants in this study were already engaging in a diabetic-friendly diet and/or controlling blood sugar via the medication Metformin. (7)

The above examples were all interventional trials. In the past few months, several observational studies have also been published in prestigious medical journals, including the Journal of the American Dietetic Association, Nutrition Metabolism and Cardiovascular Diseases and the American Journal of Clinical Nutrition. Each and every one of these scientific evaluations found positive outcomes to various populations who regularly eat a morning meal. For instance: a) postpartum teens that ate breakfast 6 to 7 days a week consumed 1,197 fewer calories/week from salty and sweet snacks, 1,337 fewer calories from sweetened drinks and had a lower body mass index than teens that ate breakfast two or less times weekly; b) an examination of the eating habits of 18,177 adults of Italian decent revealed that “subjects with a higher breakfast food consumption had a lower risk of high body mass index, abdominal obesity, systolic and diastolic blood pressure, blood glucose, triglycerides, total cholesterol and C Reactive Protein“; c) a unique study that investigated “breakfast skipping” in a group of children and followed up with them as adults determined that long term breakfast avoidance was strongly linked to higher fasting insulin, larger waist circumference, LDL (“bad”) and total cholesterol. Collectively, the risk factors identified in these large segments of society point to an easily modifiable way of reducing the risk of cardiovascular disease, diabetes and obesity – eating breakfast. (8,9,10)

In my book, the take home message about breakfast is as follows: Opt for breakfast foods that are rich in healthy fats, fiber and protein. Solid foods are probably the best way to go because they promote mindfulness. This latter point cannot be emphasized enough. The reality is that many people are in too much of a hurry to register exactly what they’re eating. This may seem odd, but it’s quite common. Being aware of what you eat is essential to assisting your body and mind to understand what good nutrition ought to look and feel like. A food diary is an excellent tool in this pursuit. Another important step to consider is to set aside 5 to 10 minutes just to enjoy your food. No Internet surfing, phone calls, radio or television. Just sit down long enough to acknowledge what you’re about to put in your mouth. You’ll digest your food better and savour the experience in a more meaningful way. A by-product of doing so is that you may find that your appetite and waistline respond in a decidedly pleasing way.