Supplement News You Can Use

The majority of positive research on nutritional supplements never makes the mainstream news. In fact, if you used the information presented in the most popular magazines, newspapers and television news programs exclusively, you’d probably have a relatively negative impression about the utility of non-prescriptive herbs, essential fatty acids and various other so-called “nutraceuticals”. The reality is that there are hundreds, if not thousands, of relevant studies published each year in prestigious medical journals about dietary supplements that you probably should know about. 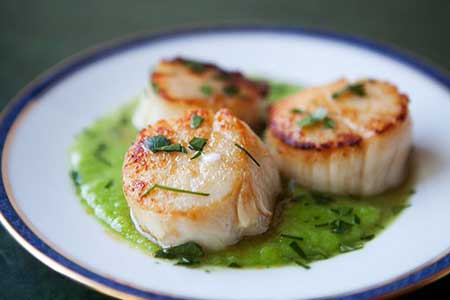 There are several general principles about nutraceuticals that I try to instill in my clients, family and friends. On the whole, dietary supplements are safe when used judiciously. It’s not uncommon for any given supplement to have multiple health benefits. More is not necessarily better – finding the appropriate dosage is a key to success. It’s better to use fewer, high quality supplements than to take many inexpensive, questionable products. Last but not least, supplements are not a replacement for a healthy diet and lifestyle. They work best when used in conjunction with other fundamental wellness strategies.

Healthcare workers are generally at high-risk for acquiring infectious diseases. When flu season comes around, this population is the first in line for influenza vaccination. For all of the healthcare workers in my audience, I would urge you to also consider supplementing with green tea and theanine. Here’s why: A randomized, double-blind placebo-controlled study involving 200 healthcare workers found that a daily dosage of 378 mg of green tea catechins and 210 mg of theanine, an amino acid present in tea, offered statistically meaningful protection against influenza infection. In the trial, 200 study participants were given either a placebo or the green tea supplement blend. Those receiving the placebo were 3 to 5 times more likely to develop the flu. As a bonus, two other recent studies involving green tea and theanine report that it can: a) improve alertness, memory and selective attention in middle-aged men and women with mild cognitive impairment; b) alleviate anxiety and benefit overall mental health – even in patients with serious psychiatric conditions, including schizoaffective disorder and schizophrenia. (1,2,3)

Taurine is a semi-essential amino acid that is probably best known for its inclusion in cat food to prevent blindness. Those who use popular “energy drinks” may also recognize it as one of the ingredients added to these caffeinated brews. But beyond that, it’s not widely known or used. On the scientific front, taurine is known to play a role in protecting against cardiovascular disease and potentially as an adjunct treatment option. Two current studies in the the Journal of Cardiology and the International Journal of Sports Nutrition and Exercise Metabolism provide the latest evidence for many people to consider using this protein-derivative: (4)

The results of these two studies suggest that taurine should be considered for those with established cardiovascular conditions as a means of improving physical ability and, thereby, quality of life. The latter trial may be of interest to anyone who’s looking for a non-stimulating, safe “fat burner” that may also provide side benefits to the cardiovascular system and beyond.

Acne isn’t a life threatening disease. But it can dramatically impact the self image of many adolescents and some adults. This undeniable fact has given rise to powerful medications which can sometimes improve symptoms, but are also capable of inducing numerous adverse reactions. Lactoferrin is a bioactive milk fraction that may offer a gentler, more natural solution for acne and problem skin. A new German study examined the effects of a chewable lactoferrin supplement in 43 adolescents and young adults with “mild to moderate facial acne vulgaris”. After 8 weeks of treatment a mean reduction of 22.5% in total lesion count was observed. A total of 76.9% of the study participants demonstrated some degree of improvement. No safety issues or side effects were reported. These results are supported by a previous study appearing in the September 2010 issue of the journal Nutrition. In that 12-week investigation, Korean researchers revealed that a fermented milk product containing 200 mg of lactoferrin/day resulted in similar benefits, but also added that a positive shift in oily skin (sebum content and total skin surface lipids) was verified. (7,8,9)

Supplements provide viable alternatives and complementary options to anyone who’s willing to consider and/or discuss them with his/her health care team. The three examples presented today have not yet made the rounds via conventional media outlets. That’s why it’s important to look outside of traditional news sources. But beyond that, I think that we should also begin to consider ourselves a part of the news sharing process. One way to do so is to disseminate what you learn here and elsewhere with others who might not otherwise be exposed to this type of content.


19 Comments & Updates to “Supplement News You Can Use”