A prerequisite for using natural medicine to its greatest advantage is to maintain a healthy reservoir of common sense. This is sometimes difficult to do when you or someone you love is diagnosed with a life threatening illness. In these vulnerable times, one has the tendency to trust otherwise unbelievable claims out of a desperate need for finding a cure. Regrettably, too many opportunistic authors and questionable healers in the alternative health community use this circumstance to sell books, devices and services. As you can imagine, the end result, can be disastrous and heartbreaking. 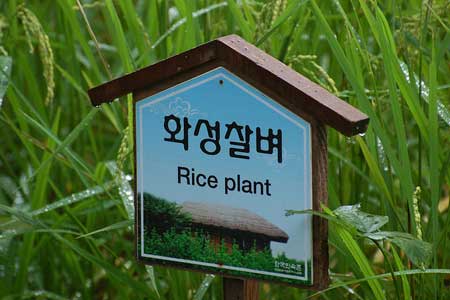 Cancer tops the list when it comes to hyperbolic claims about “secret healing techniques” that “mainstream doctors don’t want you to know about”. This type of verbiage is almost always a tip-off that you’re hearing a sales pitch and not in the midst of a serious medical discussion. Fortunately, there are serious scientists examining the viability of using natural substances in the fight against cancer. They don’t promise miracles, but they do offer glimpses of hope via improved treatment outcomes and reduced side effects.

Dr. Abulkalam Shamsuddin of the University of Maryland School of Medicine has been a pioneer in the field of integrative oncology for the past several decades. His current area of expertise is the study of a natural compound known as IP6 or inositol hexaphosphate. This may sound like some sort of chemical produced deep in the recesses of a pharmaceutical laboratory. In reality, IP6 is a naturally occurring component of many plant-based foods including rice bran. An impressive amount of preclinical research conducted by Dr. Shamsuddin and others has revealed some very promising data about the anti-cancer potential of a combination of IP6 and the B-vitamin, inositol.

In February 2010, a little known trial marked the first occasion when this natural combination was put to the test in human subjects. A total of 14 women with invasive breast cancer were randomly assigned to receive either IP6 + inositol (6 grams/day) or a placebo over the course of 6 months. All of the study participants had just undergone cancer surgery and took part in six cycles of FEC polychemotherapy during the trial period. The primary differences between the two treatment groups is that those receiving IP6 did not experience an expected drop in blood cell count, leukocytes (white blood cells) or platelets. In addition, a “significantly better quality of life and functional status” was reported in the IP6 users, along with a greater ability to perform daily tasks. However, there are other details about the trial that require mention: a) red blood cell counts and tumor markers were not notably different between the two groups; b) the placebo used in the study was Vitamin C. The latter point is relevant because high-dosage Vitamin C may influence the progression of cancer and, therefore, isn’t a very good candidate for a placebo. (1,2,3,4,5,6,7)

The mere mention of the word “chemotherapy” causes many natural health proponents to recoil. This is completely understandable. My own personal view about this controversial treatment is that it should always be considered. That’s right, always. If the statistics aren’t very impressive for the type of cancer you’re dealing with, you can always decide on another treatment approach. But there’s no sense in summarily disregarding a treatment that may have value in select malignancies – especially when it’s judiciously combined with nutritional components.

Researchers from the University of Alberta, Edmonton in Canada have discovered that the addition of fish oil to “first-line chemotherapy” can dramatically improve the response rate in patients being treated for advanced lung cancer. The study in question enrolled 46 participants into two groups. A segment received the typical “standard of care” (SOC) therapy. The remainder combined 2.5 grams/day of DHA + EPA (fish oil) with the chemotherapeutic agents: carboplatin, gemcitabine and vinorelbine. Clinical exams and imaging techniques were employed to evaluate the respective efficacy of the two treatment protocols. The results revealed that the chemo + fish oil patients demonstrated a response rate of 60% vs. 25.8% in the SOC group. What’s more, the one-year survival rates figured in at 60% for the fish oil users and 38.7% in the standard of care patients. Previous inquiries using DHA, a fatty acid found in fish oil, have likewise reported favorable outcomes. The mechanisms by which fish oil supports chemotherapy may include “enhanced drug activation”, an “increase in drug uptake” and the promotion of tumor cell damage. Thus far, the beneficial effects of this integrative approach have not come at the price of added side effects or toxicity. (8,9,10)

The topic of antioxidants and cancer prevention is controversial in-and-of-itself. Taking antioxidant supplements while undergoing cancer treatment is even more so. Of late, several groups of researchers have shown professional courage in scientifically assessing the value of using specific antioxidants concurrently with allopathic breast cancer care. A study published in the March 2011 issue of the journal Cancer Epidemiology, Biomarkers and Prevention examined the supplement-taking habits of 4,877 women with invasive breast cancer., The incidence of cancer recurrence and mortality were documented over the course of about 4 years. According to the researchers from Vanderbilt University Medical Center, women who used antioxidant supplements (multivitamins, Vitamin C & E) experienced a lower mortality rate (-18%) and reduced recurrence risk (-22%). The authors go on to explain that “The inverse association was found regardless of whether vitamin use was concurrent or nonconcurrent with chemotherapy, but was present only among patients who did not receive radiotherapy”. Two recently published studies from India have similarly reported advantages to administering Vitamins C and/or Vitamin E during chemotherapy or tamoxifen treatment for breast cancer. (11,12,13)

The above emerging data is only part of the story. What I hope that you’ll notice is that I haven’t made any exaggerated claims about the healing power of antioxidants, fish oil or IP6. Instead, I focused on the facts. This is what I think you should look for when examining treatment options. But there’s something else you can personally do to improve the quality of natural health information that makes the rounds on the Internet and elsewhere. Support authors and researchers who are working hard to present solid information that can practically inform important health care decisions. These are the good guys who rarely get the same amount of attention as those making irresponsible but provocative claims about unrealistic cures. We should all strive to have hope when facing any serious health challenge. But combining hope with reliable research is far more powerful than hope without a solid foundation.