Most people have endured one or more serious traumas in their lives. However, the extent of suffering and the exact definition placed on the word “trauma” vary greatly. What’s more, for reasons that aren’t entirely clear, certain individuals are more susceptible to the serious, long term consequences of trauma than others. Some survivors of abuse, assault, natural disasters and war develop a form of anxiety known as PTSD or post traumatic stress disorder. Symptoms of PTSD include emotional detachment, flashback episodes, memory loss, physical pain, recurrent nightmares, sleep disturbance and social withdrawal. Fortunately, some scientists are examining and finding success by utilizing select natural therapies in those living with traumatic memories. 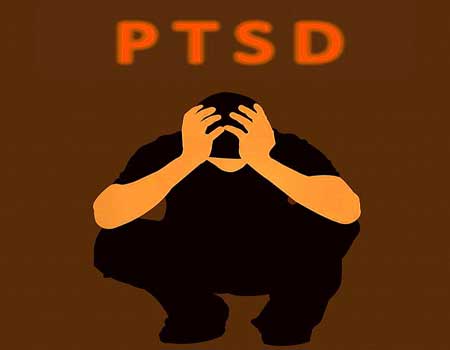 A fascinating and groundbreaking study on PTSD was recently published in the journal Biopsychosocial Medicine. The paper describes a pilot study that evaluated the effects of fish oil supplementation in patients who were admitted to an intensive care unit after suffering physical trauma. The patients in question were administered a daily dosage of 1,470 mg of DHA and 147 mg of EPA, the two primary fatty acids contained in fish oil, for 12 weeks. The attending physicians noted that the fish oil was well tolerated and substantially reduced Clinician-Administered PTSD Scale (CAPS) scores compared to the expected scores of non-fish oil users in similar circumstances. Of the 15 patients tested, only one exhibited symptoms consistent with PTSD after undergoing the 12 week course of fish oil supplementation. The researchers went one step further and evaluated a potential mechanism to explain this promising finding. What they discovered is that the fish oil enhanced neurogenesis (brain cell development) in the hippocampal region of the brain by increasing a protein known as BDNF or brain-derived neurotrophic factor. The concluding remarks of the study noted that “omega-3 fatty acid supplementation immediately after accidental injury can reduce subsequent PTSD symptoms”. (1)

Combining exercise with conventional psychological interventions is also showing great promise in improving PTSD outcomes in various traumatized populations. The February 2011 issue of the journal Pain Medicine reports that the addition of “physical activity” to “biofeedback-based cognitive therapy” (CBT-BF) resulted in significantly better outcomes than using CBT-BF alone. The difference was quite profound: when exercise was included, a 60% success rate was reported. When cognitive therapy was used as an exclusive treatment option, the success rate was just 30%. What’s most important to note here is that this particular study examined both physical pain and psychological manifestations of trauma. In addition, these findings are backed up by several other trials involving animal models of PTSD and study populations ranging from male combat veterans to institutionalized, adolescent females. (2,3,4,5,6)

How Fish Oil May Protect Against PTSD 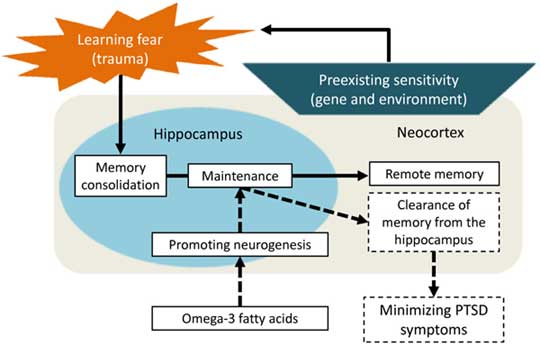 Thought Field Therapy (TFT) is an unconventional mind-body technique that involves self-tapping with your fingers on specific acupressure points while thinking of emotionally disturbing or otherwise traumatic events. The concept behind TFT is that the simultaneous recalling and tapping process can unblock the flow of vital energy that may occur from negative experiences that are unresolved. Recent studies involving child genocide survivors suggest that this unorthodox approach may be an inexpensive and remarkably effective modality to consider for PTSD. In the Winter edition of the International Journal of Emergency Mental Health, “50 orphaned adolescents who had been suffering with symptoms of PTSD since the Rwandan genocide 12 years earlier” were treated with a single TFT session. At the start of the short-term experiment, 100% of the children were registered as having PTSD according to an assessment from their caregivers. After the TFT treatment that percentage dropped to 6%. Interviews with the caregivers and the study participants revealed a dramatic decline in aggression, bedwetting, depression, difficulty concentrating, flashbacks and isolating tendencies. Of note is that self-TFT treatment continued for a year following the study. The initial improvements were maintained and verified via caregiver and self-rated PTSD checklists. Other scientific inquiries on TFT involving traumatized “refugees and immigrants” and survivors of trauma in Kosovo also demonstrated a reduction in PTSD symptoms and protection against PTSD relapse. (7,8,9)

The first two options I presented today, fish oil supplementation and exercise, are unlikely to generate much controversy when used as adjuncts to conventional treatments such as cognitive behavioral therapy, pharmacological interventions and support groups. But, in both instances, a medical professional should be consulted in order to rule out potential side effects in some instances of physical trauma and/or prescriptive interactions. Thought Field Therapy is another matter altogether. There’s a fair share of skepticism in the mainstream psychological community about this unorthodox procedure. But, the fact of the matter is that it is possible to try TFT for free and test the results for yourself or, better yet, to do so with the assistance of a trained mental health professional. Nonprofit organizations such as the Association for Thought Field Therapy offer free assistance and information for anyone interested in learning more about Thought Field Therapy. All of this is to say that there is more hope now than ever before for those trying to overcome the damage caused by major traumas. (10)