Home > Diet and Weight Loss, Exercise, Nutrition > Body Fat News You Can Use

Body Fat News You Can Use

Body fat. Can’t live with it, can’t live without it. Too much body fat is a well established risk factor for the majority of leading causes of disease, disability and mortality in the modern world. But you do need a certain amount of adipose tissue to buffer the effects of toxins, protect your internal organs from physical damage, provide a stored energy source and stay warm when the weather turns cold. The key is to maintain a reasonable percentage of body fat. A recent publication in the journal Obesity offers up a new way to estimate your body fat percentage that may be more accurate than calculating your body mass index or BMI. 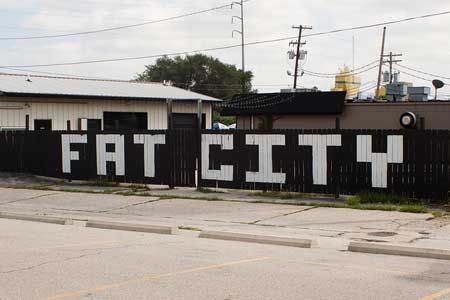 The body mass index is the most basic and inexpensive method for doctors, patients and physical trainers to determine body fat. It’s been utilized with relative success for almost 200 years. However, there are some limitations to this common equation that measures fat content based on an individual’s height and weight. For instance, BMI results don’t factor in differences among the sexes, as well as variances in muscularity. That’s why some researchers are considering a new measurement technique known as the body adiposity index (BAI) which may offer a better evaluation of body fat. Here are the two respective formulas for establishing BMI and BAI:

The premiere way to measure body fat in a clinical setting is a diagnostic test called DXA or dual-energy X-ray absorptiometry. A group of researchers from the National Institutes of Health and USC now report that using the BAI formula appears to be the next best thing. One of the co-authors of the study, Dr. Darko Stefanovski, recently offered two examples that illustrate how the results using BAI instead of BMI more closely resemble DXA readings:

In both instances, the BAI is closer to the DXA mark than the BMI. It’s important to note that these current findings are preliminary because they’re based solely on an examination of BAI vs. DXA in a group of 2,000 African-American and Mexican-American volunteers with ages ranging from 18 to 67. Additional studies testing different study populations are warranted. In addition, it seems that using the BAI in very lean individuals (<10 % body fat) provides unreliable results. So for the time being, this new test that is making the rounds in the media should be considered experimental and ought to be used in conjunction with other forms of body fat analysis whenever possible. (1,2)

Based on current and emerging figures on overweight and obesity, it’s clear that many people would benefit from losing some degree of body fat. As summer approaches and the number of advertisements for exercise equipment, gym memberships and “super fat burning” supplements increase by the day, remember that there are also some common sense ways of firming up your body. Here are five, no-nonsense techniques that are scientifically proven to promote a healthier and leaner body.

Tip #1 – You don’t necessarily need to do a specific exercise, but you do need to stay physically active. A new study appearing in the January 2011 issue of the British Medical Journal reports that a higher “daily step count” is directly associated with improved insulin sensitivity and reduced adiposity over the long term. (3)

Tip #2 – Familiarize yourself with the glycemic index and the glycemic load of foods. A recent investigation in children found that those who ate low glycemic foods that had a lesser impact on blood sugar were at a reduced risk for body fat and weight gain. Limiting fruit juice and soda, refined grains, starchy vegetables and most processed foods is a good start for at-risk adolescents and children. (4)

Tip #3 – If you want to lose body fat, you’ve got to get a good night’s sleep. Researchers from the University of Chicago, Illinois report that “sleep curtailment” can slow fat loss down by up to 55%. What’s more, inadequate sleep promotes the loss of “fat-free mass” or muscle by up to 60%. (5) 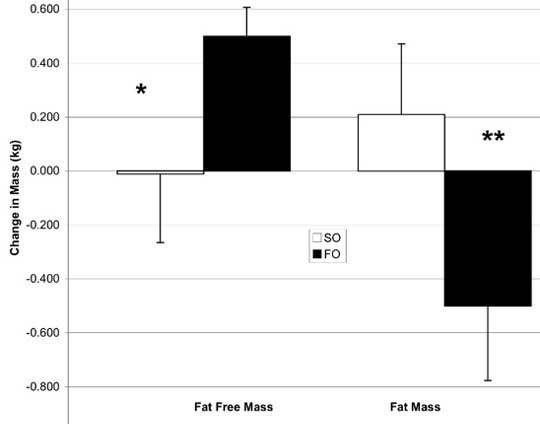 Source: Journal of the International Society of Sports Nutrition 2010, 7:31 (link)

Tip #4 – Eat protein at every meal. A recent intervention trial found that a higher protein diet helped study volunteers lose body fat even in the absence of caloric restriction or increased physical activity. In addition, the added protein contributed to an increase in lean body mass. (6)

Tip #5 – Don’t forget to eat fish regularly or supplement with fish oil. Recently, forty-four men and women were given either a placebo (safflower oil) or fish oil over a 6 week period. The amount of fish oil used per person was 4 grams/day providing 800 mg/day of DHA and 1,600 mg/day of EPA. Those receiving the fish oil supplements “significantly increased lean mass and decreased fat mass”. Also of note is that there was a significant decline in cortisol, a stress hormone that may play a role in fat accumulation. (7,8,9)

I can tell you from experience that disdain for body fat can, in fact, be unhealthy. My distant bout with the eating disorder, anorexia nervosa, is but one example of how the mind can sometimes distort the reality of what the body actually looks like. The tips I’ve offered above are not in any way intended to promote a skinny-centric society. Whether you find a plump or portly appearance attractive or not, the fact remains that excessive levels of adiposity are linked to conditions ranging from accelerated aging, cancer, diabetes, heart disease and stroke. This is not a superficial issue. However, it is one that can be dealt with in a health promoting manner that doesn’t involve money or self-esteem draining fads or gimmicks. (10,11,12,13,14)