No matter where in the world you’re reading this, you’re almost certainly aware of the crisis that’s unfolding in Japan. Among other things, the tragic events of this past week have drawn much attention to two otherwise obscure substances that are used to protect against radioactive fall out. Potassium iodide is the better known of the two. Prussian blue isn’t making much news yet, but that may change as the level of concern about radiation exposure continues to spread. 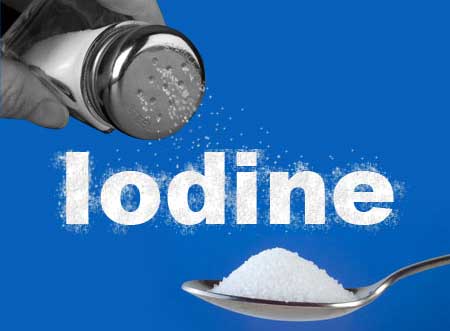 The most important details to note about potassium iodide and Prussian blue is what they can and can’t do. An awareness about the potential side effects also needs to be factored in before using either as a preventive measure without good cause. Here is some data I’ve collected for both radioprotective substances from the most reliable sources I know:

According to Dr. Irwin Redlener, of Columbia University, potassium iodide is “not a radiation antidote in general”. In fact, KI is primarily beneficial for children and pregnant women whose thyroids are active and growing and more likely to absorb radioactive iodine. Dr. John Boice of Vanderbilt University goes on to say that in general, “it’s not recommended that adults over the age of 40 take potassium iodide. The benefit is miniscule because our thyroid glands are not that sensitive”.

Timing is vitally important when using KI. Taking it a few hours or so prior to radiative contact is best. However, it still may afford some degree of protection if administered up to three to four hours post exposure. (1,2)

While iodine is contained in some foods (select seaweeds in particular) and in iodized salt, the quantities present aren’t high enough or reliable enough to be used as an alternative to standardized KI pills. As such, dulse and kelp supplements that are commonly available in health food stores should be avoided for this purpose.

Finally, although iodine is an essential nutrient and generally considered safe, very high dosages can cause allergic reactions, “intestinal upset, nausea and rashes”, and “abnormalities of thyroid function”. This is why some leading natural health experts such as Dr. Alan Gaby have publicly stated that he “would not take a large dose of iodine without any clear evidence of radiation exposure”. (3,4)

Note: Appropriate potassium iodide dosages can be found on the Food and Drug Association’s Bioterrorism and Drug Preparedness page (link).

Prussian blue is a vibrant blue dye that is capable of binding with radioactive cesium in the intestines, thereby preventing the radioactive material from being re-absorbed by the body. Once cesium is bound to the dye, it can be passed out of the body through normal elimination. Modern research indicates that the administration of Prussian blue shortens the retention or biological half-life of radioactive cesium from roughly 110 days to about 30 days. (5)

Prussian blue is only available by prescription. It’s typically given in a capsule dosage of 500 mg, 3 times/day for 30 days. Exact dosages vary based on age, body weight and degree of exposure. As is the case with potassium iodide, Prussian blue also carries the risk of certain adverse effects including: allergic reactions, constipation and intestinal upset. Experts advise that patients inform treating physicians about pregnancy, the use of other drugs and/or any stomach problems prior to beginning a course of Prussian blue.

No one knows for sure what the coming days will bring for the people living in the areas surrounding Japan’s Fukushima Daiichi nuclear power plant. Another unknown is how real the threat of radiation spread will be for regions far beyond Japanese borders. The only thing we do know for certain is that this yet another reminder that we all need to be prepared as best as possible in the event of any major emergency. The Centers for Disease Control and Prevention have a specific site that provides practical advice about how to prepare for and deal with a radiation emergency. Keeping a supply of potassium iodide and Prussian blue on hand appears to be a reasonable step to take as part of a larger preparedness effort. However, it’s important that we all understand that neither are radioactive panaceas and both should only be used as intended. (6)