In the vast majority of cases, cancer doesn’t develop quickly. A tumor doesn’t just appear out of nowhere. Rather, it forms through a complex set of circumstances that are affected by aberrant cellular changes, growth factors, hormonal influences, increased blood flow and inflammation. Technically speaking, carcinogenesis is “largely comprised of three phases: initiation, promotion and progression”. Medical researchers are keenly interested in understanding the process behind the formation of malignancies because it’s far more preferable to interfere with the genesis of cancer than to try and destroy it once it’s fully formed. 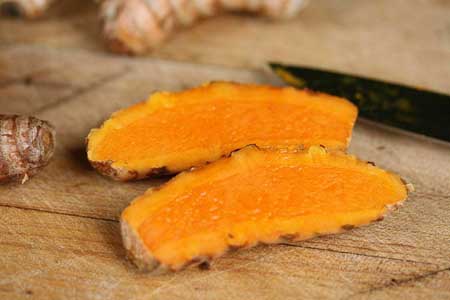 Many people are familiar with the process I described above because they’ve undergone a colonoscopy. The primary reason why colonoscopies are recommended as frequently as they are is because physicians hope to find precancerous polyps before they turn malignant. Researchers from the University of Illinois at Chicago are investigating yet another avenue that may prevent the occurrence of colorectal cancer in the first place: through the use of curcumin supplements.

Curcumin is an antioxidant derivative (polyphenol) of the Indian spice turmeric. If you’ve ever had curry, you’ve had turmeric/curcumin. A current study appearing in the journal Cancer Prevention Research assessed the impact of giving oral curcumin supplements to 44 smokers with a prior history of aberrant crypt foci (ACF) and adenomas – precursors to colon polyps or fully formed polyps. Over the course of 30 days, half of the smokers were administered 2 grams/day of curcumin and the remainder was provided with 4 grams/day. The results found in the 4 gram/day participants were dramatic: there was a 40% reduction in the number of ACFs or pre-polyps. More good news: both dosages of curcumin were characterized as well tolerated. (1)

Curcumin May Interfere with Various Stages of Cancer Growth 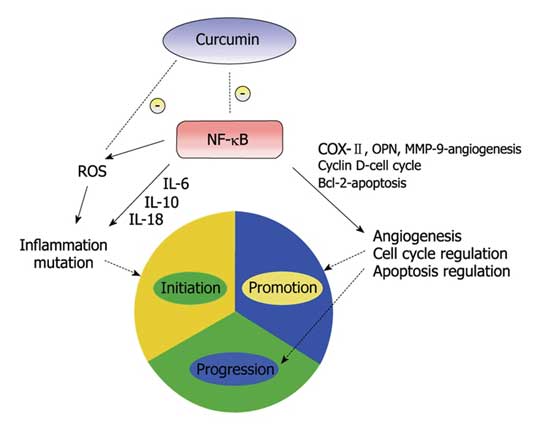 This isn’t the first time that curcumin has been associated with a protective effect against colorectal cancer. However, one of the potential stumbling blocks to using curcumin is the relatively large dosage (up to 8 grams/day) needed to induce therapeutic activity. One possible way around this dilemma is to combine curcumin with other herbal extracts and nutrients. Coltect is a “novel dietary supplement” which consists of a blend of three natural ingredients: curcumin, green tea extract and selenium. A trial published in September 2010, reports that Coltect is capable of promoting cell death or apoptosis in colon cancer cells and reduces the incidence of polyps in rats receiving the supplement alone or in conjunction with a conventional antiinflammatory drug (5-aminosalicylic acid). A daily dose of Coltect consists of 2,000 mg/day of curcumin, 1,000 mg/day of green tea and 400 mcg/day of selenomethionine – a form of selenium, the trace mineral. It is currently under evaluation for other conditions including irritable bowel syndrome and ulcerative colitis in human subjects. (2,3,4,5)

The research presented above is just the latest promise exhibited by this prized turmeric extract. What’s exciting to me about the current discoveries is that a manageable and safe dosage of curcumin, 4 grams/day, appears to be an effective way to discourage the growth of precancerous polyps. If further studies using curcumin alone or combined with green tea, selenium and/or other “nutraceuticals” support these findings, it could save countless lives each year. The numbers could be staggering when you consider that the most recent estimates are that 39,000 new diagnosed cases of colorectal cancer are expected in 2011 in the US alone. In curcumin, we have a traditional culinary ingredient that may very well stem the tide of new cases of the third leading cause of cancer-related deaths. (6,7)