Home > Alternative Therapies, Mental Health > Motivating Yourself and Others

Motivating Yourself and Others

Over the past month or so I’ve engaged in a sort of experiment on Twitter. In addition to the topical health information I normally post, I started including thought provoking quotations from historical and modern figures. My thinking was that we all could benefit from taking momentary breaks from daily life to reflect on grander issues. A sentence or two echoed from revered men and women affords us a simple way to take a step back and contemplate greater goals and issues. 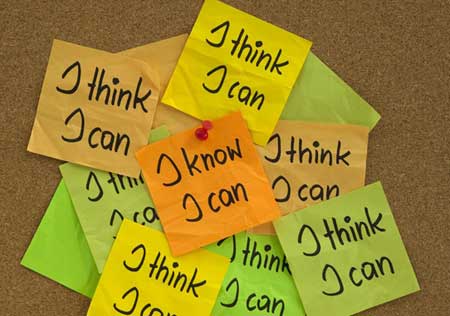 Earlier this week, I posted a quote from the late, motivational speaker Jim Rohn: “Motivation is what gets you started. Habit is what keeps you going.” One of my followers on Twitter, responded by asking, “How do you get motivated in first place though?”. This question starting me thinking about how I motivated myself to transform my life a few years back. The answer I came up with couldn’t be expressed in a 140 character tweet, but I can explain my own, simple philosophy right here.

In the summer of 2008, I was a very different person than I am today. I was at the tail-end of a job in the field of entertainment which kept me feeling unfulfilled. My weight had skyrocketed to over 265 lbs on a 6 ‘ frame – the heaviest I’d ever been. And, ultimately, I just didn’t know what was going to happen next. What would my work situation bring? How long would my health hold out under the strain of excess weight and destructive eating patterns? My future seemed treacherously uncertain to say the least.

It was obvious to me and to anyone who knew me that I had to make a dramatic change if I wanted to survive. I certainly had enough knowledge to guide my way to a healthier lifestyle. But the obstacle that prevented me from acting on this information was that I didn’t feel I was worth the effort. After all, how many people who engage in destructive patterns truly feel good about themselves? None. It’s like being on fire and freezing at the same time. It’s just not possible.

In my own life, I’d seen numerous psychologists in an attempt to change my perception of myself. But while psychotherapy saved me from an eating disorder, in my teenage years, it failed to bring about long term benefits in relation to my own feelings of self-worth. It was clear to me that this time, I would need to do things differently. Somehow, someway I’d have to draw upon a source of inner strength to change the trajectory of my life to come.

At the same time that I was grappling with my own mid-30’s life crisis, Mrs. Healthy Fellow was also struggling with issues relating to her weight. I was keenly aware of this, but felt powerless to do anything about it. Seeing my wife’s unhappiness about gaining weight was perhaps even more painful than my own descent into obesity. However, I couldn’t very well suggest that she change her diet when I wasn’t prepared to do so myself.

“Do you know that the harder thing to do and the right thing to do are usually the same thing? Nothing that has meaning is easy.” Steve Conrad, “The Weather Man”

The emotional toll that my overweight was causing extended far beyond the physical changes everyone could clearly see. One morning when Mrs. Healthy Fellow and I woke up, I could tell that she had had a poor night’s sleep. She was groggy. There were bags under her eyes. And worse yet, I knew the reason why: my snoring kept her from sleeping deeply – even though she was wearing ear plugs! I wasn’t just “sawing logs”, I was the Paul Bunyan of snorers!  The good news / bad news was that my doctor assured me that my impressive snoring and sleep apnea would improve or possibly even go away if I lost weight.

So by now I really felt horrible about myself. I’m not happy with my job. I’m overweight and disgusted with my lack of self-control. Now, apparently, I can’t even sleep without causing trouble! As odd as it may seem, that was my revelation: my choices were not only causing harm to me, they were also damaging the person that I loved more than anything in this world. The effect that my snoring had on Mrs. Healthy Fellow was a turning point for me.

My motivation then and now remains this: I don’t need to rely on self-love to motivate me. Instead, I place my focus on the positive impact my change / effort will have on others whom I care about. Once this realization became apparent to me, I never turned back. I researched and selected a diet that I felt I could stick with over the long term. I held true to my diet no matter what. It didn’t matter if we went to a business meeting, dinner with friends or on vacation. I promised myself that I would lead by example to the letter in the hope that I would inspire my wife to find her own path to true wellness.

“Happiness can be defined, in part at least, as the fruit of the desire and ability to sacrifice what we want now for what we want eventually.” Stephen R. Covey

After I adopted this simple philosophy, things began to change for the better. Just as my doctor promised, my snoring diminished over time. At first, my wife was reluctant to follow my lead. Please keep in mind that I never asked or prompted her to join me on weight loss journey. I knew that the best influence and teacher was example. So I kept on my (low carbohydrate) program despite the frequent concerns and criticisms expressed by family, friends and medical professionals. The proof of my success would be self-evident over time. I reminded myself of this daily.

A Prevailing Model of Motivational Influences 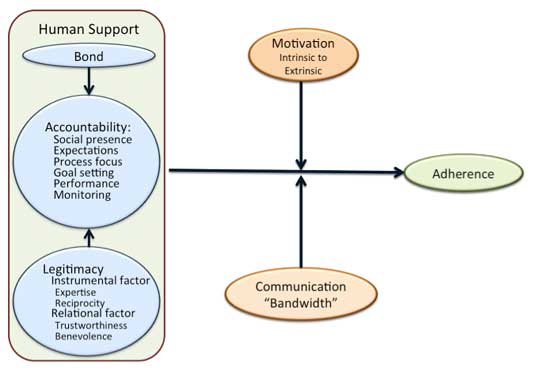 One of the other techniques that I employed was to turn motivation-zappers on their head. Instead of feeling depressed or deprived about being out with friends and not being able to enjoy the breads, pastas and pastries they ordered, I felt empowered by it. Many of the people around me didn’t benefit from nor need another order of French fries or scoop of ice cream. I knew that. Their bodies knew that and deep down, they knew that. Therefore, every time I politely declined an invitation to have something unhealthy to eat, it was a small victory for me and a positive message sent to those around me.

I also want to emphasize that this motivational strategy has yet another purpose that I wasn’t fully cognizant of when I started adopting it. Making an effort and/or sacrificing for others will help bolster your own sense of worth. What’s more, it’s a different variety of esteem than you can acquire on the couch of a therapist’s office. Giving of yourself for the good of others results in “earned worth”. It’s the difference between someone convincing you that you’re a generous person and you knowing it because of the actions that you’ve taken. This is not to say that there isn’t value in addressing hurtful experiences and/or trauma that can induce poor self-esteem. Often times, a psychological intervention is required in those types of circumstances. But, in the absence of them, earning your own esteem or self-respect through hard work holds a special place in the human experience. There is no replacement for it, nor should there be.

“Really great people make you feel that you, too, can become great.” Mark Twain

Researchers in the field of psychology will tell you that there are numerous ways of fostering motivation. Terms such as extrinsic and intrinsic motivation are often bandied about in an attempt to break things down in a more scientific and/or specific manner. Some of the motivating influences mentioned in the medical literature include: “e-Health interventions”, “face-to-face psychotherapy”, “self-guided treatments” and “verbal rewards”. My position is that you should use whatever psychological approach works for you. But, in my opinion, any strategy that doesn’t place an emphasis on your role in the context of the lives of others ought be scrutinized carefully.

The changes I made in my life allowed me to pursue a different career path and subsequently share my message with countless people that I would have otherwise never met. But, by far, the best reward my new lifestyle inspired was to see Mrs. Healthy Fellow adopt a much healthier diet and lose over 30 lbs. In turn, many colleagues and friends have asked Mrs. HF what she’s been doing to look so beautiful and slim. My wife’s example is inspiring many people who aren’t particularly interested in natural medicine. They’re unlikely to visit my site but they certainly want to know the secret behind Mrs. HF’s newly found health and vibrance. This just goes to show that one positive change begets another. It’s a cycle in the best sense of the word. And seeing that domino effect in action is the greatest motivation of all.

“Today is your day! Your mountain is waiting. So get on your way!” Dr. Seuss (Theodor Seuss Geisel)


5 Comments & Updates to “Motivating Yourself and Others”