Tai Chi News You Can Use

I bet we’ve all heard someone say: “My body is so out of shape” or “I really need to get my head in order”. Those words are spoken as if the body and brain live their very own, distinct and separate existence. The irony goes far beyond the fact that the brain perches directly on top of the rest of the body. Deep down we all understand that every function of the body, whether voluntary or involuntary, is dictated by the brain. And yet, many people still have a hard time accepting the concept that certain behaviors and practices that support the body also support the mind and vice-versa. But Tai Chi is an excellent example of a practice that does just that. 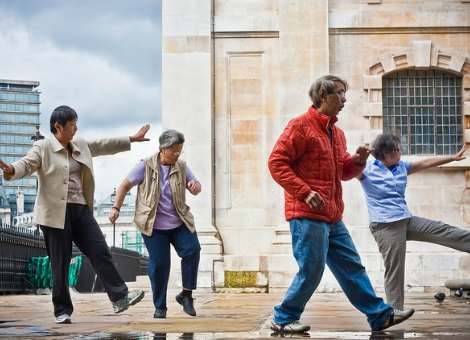 Most of the people with whom I consult can stand to benefit from a greater level of physiological and psychological wellness. Some are perfectly willing to follow my advice about exercise. Others are adventurous enough to allow me to teach them to meditate. But it’s a rare client that is open to embracing both vitally important elements of holistic health.
The reason Tai Chi is such a good choice for people who fall into the latter camp is that it effortlessly combines elements of a gentle, but powerful, physical activity and a meditative process. Since it’s frequently practiced in a group setting or along with an instructor, Tai Chi tends to feel less isolating than meditation and less arduous than lifting weights or walking on a treadmill.

Several studies that are currently in print help to define the breadth of benefits that Tai Chi practitioners can expect to find. You’ll notice that the research presented below focuses on participants who may not be able to engage in more rigorous exercise protocols. This is yet another reason why this form of “moving meditation” should gain popularity in virtually every age bracket, regardless of most health-related limitations.

My Body Is So Out of Shape: The February 2011 issue of the journal Complementary Therapies in Medicine examined the effects of a three month Tai Chi intervention in 206 patients living with Chronic Obstructive Pulmonary Disease (COPD) – a common lung disease that makes it difficult to breathe and, thereby, limits physical capabilities. The participants in the study were assigned to one of three groups: 1) a control group which did not exercise; 2) a group that walked as a form of exercise; 3) a group that practiced Tai Chi twice-weekly for 60 minutes. Of the three interventions, only those engaging in Tai Chi exhibited “improved respiratory functions and activity tolerance level”. (1)

Sometimes the body is out shape, sometimes it aches and sometimes both are true simultaneously. This is the case in patients living with fibromyalgia – a syndrome characterized by long term pain throughout the body or in specific points such as the joints, muscles and tendons. A just published, four month pilot study involving 6 middle-aged men with fibromyalgia, tested the impact of Tai Chi on various measures of pain and physical function. The results reveal that the Tai Chi intervention not only improved lower body flexibility, but the benefits were maintained during a “3-month detraining period”. (2)

I Really Need to Get My Head in Order: As good as Tai Chi (TC) is for the physical body, it’s at least as promising for promoting a healthier outlook from the neck up. This effect is frequently noted even in studies that aren’t expressly examining the mood elevating potential of this mind-body exercise. Take for instance a trial documented in the December 2010 issue of the journal BMC Complementary and Alternative Medicine. Researchers from Texas Tech University were examining Tai Chi in relation to bone health in postmenopausal women. However, one of the primary findings of the 24 week trial was that “TC exercise significantly improved the scores for role-emotional and mental health of subjects”. What’s more, combining Tai Chi with conventional antidepressant medication was recently shown to provide a “greater reduction of depressive symptoms” and lead to higher “depression remission” rates in a group of 112 older adults. An improvement in cognitive scores and a decline in C-reactive protein, an inflammatory marker, were also recorded. (3,4) 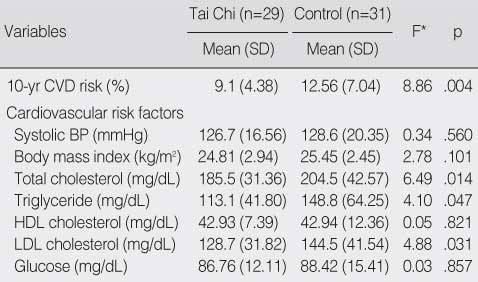 Based on the comments and e-mails I receive, I’m well aware that I have readers and visitors who live throughout the world. For some, the idea of performing a sort of slow motion, martial arts-inspired ballet as exercise will certainly seem quite foreign – literally. It is to me. I was born and raised in Southern California! But that’s part of what excites and interests me about this ancient practice. This is something novel that can be learned and practiced no matter where you live. You don’t need any special equipment. A gym membership or access to a park isn’t a prerequisite either. All you need is a desire to learn and the discipline to stick with it. I’m not even talking about it doing it indefinitely. Just try it out and see what it does for you.

In closing I want to present an overview of some of the additional reasons why I think Tai Chi ought play a more prominent role in the future of integrative health care: 1) the long-term practice of Tai Chi increases the levels of potent antioxidant enzymes and reduces the rate of lipid peroxidation in regular practitioners; 2) Tai Chi increases vitality by decreasing concentrations of cortisol, a stress hormone; 3) the risk of cardiovascular disease and stroke also take a nose dive with Tai Chi due to a decline in diastolic and systolic blood pressure; 4) diabetics and pre-diabetics should be aware that Tai Chi is scientifically proven to improve insulin resistance, lower long-term blood sugar levels or HbA1c and protect against a dangerous accumulation of abdominal fat. That’s what the science tells us. But the catch is, you have to put this evidence into practice in order to derive the benefits. (5,6,7,8,9)