There are a great many gaps of knowledge in the field of natural medicine. A plethora of hypotheses abound, but hard data pertaining to serious medical conditions is often difficult to come by. This unfortunate reality places patients and physicians in a decidedly awkward position. Some choose to wait until more evidence of higher quality presents itself. Others apply the admittedly incomplete or preliminary information currently available as best they can. To my mind, a balance between these two camps is generally the most judicious way to proceed. My ideal approach is to keep an eye out for breaking new research and, at the same time, use the evidence that’s currently available when putting together an integrative plan of action. 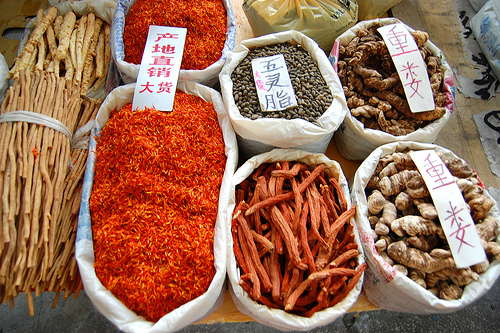 When I refer to serious medical conditions, I mean those that dramatically impact the quality of one’s life and/or threaten life itself. Uterine fibroids almost always fall into the first of the two categories. According to US government statistics, these noncancerous tumors affect as many as 20% of all menstruating women. Researchers haven’t pinpointed all of the reasons why fibroids occur, but they are certain that higher levels of circulating estrogen stimulate the growth of these abnormal pelvic tumors. And while the size can vary, from that of a marble to that of a grapefruit, the symptoms are predictably disruptive and painful, including abnormal and heavy menstruation, constipation, increased urinary frequency, pain during intercourse and pelvic cramping. Conventional treatment options range from hormone therapy to surgical interventions such as hysterectomies. (1)

There’s no question that the treatment of uterine fibroids is a lucrative and thriving business. Also not in dispute is the fact that researchers are continually searching for new and innovative ways to address this prevalent disease. However, the one area that isn’t receiving nearly enough attention is prevention. What can be done, if anything, to discourage the formation of fibroids in the first place? The following is a compilation of little-known research that attempts to start the preventive ball rolling.

Diet and lifestyle considerations are a good starting point. These are aspects of daily life over which we generally have control and don’t require direct medical assistance and/or intervention. Recent studies published in prestigious medical journals provide the following useful data and tips: 1) Women who exercise 7 or more hours a week are up to 60% less likely to develop fibroids. 2) Overweight and unmanaged stress are both considered risk factors “in the aetiology and pathogenesis of this disease”. 3) Having metabolic syndrome, a collection of risk factors associated with diabetes and heart disease, also appears to contribute to uterine fibroid occurrence. As luck would have it, exercising and practicing stress management regularly are two of the leading methods of avoiding and reversing metabolic syndrome via numerous mechanisms including a reduction in inflammation, insulin resistance and waist circumference. (2,3,4,5,6,7,8)

The scientific examination of nutrition’s role in fibroid development is also beginning to blossom in the medical literature. It comes as no surprise to me that a diet rich in high glycemic foods that promote elevated and erratic blood sugar levels likely increases the incidence of uterine fibroids. This precise class of processed, starchy and/or sugary food is a principal contributor to the aforementioned metabolic syndrome as well. Consuming large amounts of alcohol is at least as damaging in this arena as well. A May 2009 paper appearing in the British Journal of Nutrition found that higher alcohol usage was associated with a nearly three-times greater occurrence of fibroids. However, there’s more to the diet-fibroid connection than just excess alcohol and carbohydrates. For instance, a study appearing in the January 2010 issue of the American Journal of Epidemiology reports that dairy consumption of more than two servings a day may afford up to 22% protection from benign pelvic tumors. Select nutrients including the trace minerals selenium and zinc, and Vitamin D may also reduce the occurrence of fibroids when present in optimal amounts via diet and supplementation. But, it’s important to note that these preliminary clues on nutrient requirements are based mostly on animal and human population studies. (9,10,11,12,13,14,15) 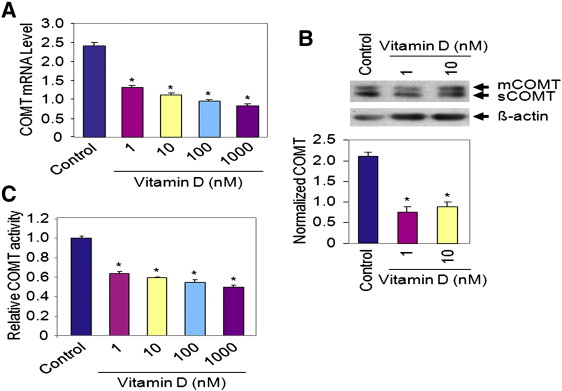 Curcumin, an extract of the spice turmeric, and green tea seem to be the two most promising supplements that may lend a helping hand in the fight against fibroids. In vitro research indicates that curcumin interferes with abnormal uterine cell proliferation through the activation of PPAR gamma, a receptor that is intimately associated with some of the leading health issues of our time including cardiovascular disease, diabetes and obesity. Animal and test tube studies have also yielded very positive results with respect to green tea and fibroid growth promotion. EGCG, an antioxidant component of green tea, not only inhibits the proliferation of uterine leiomyoma cells, but also induces their via a process known as apoptosis. In an animal model, this results in fewer pelvic tumors and a reduction in size of the remaining fibroids. (16,17,18,19,20,21)

In closing, I want to mention a final option which I think is worth considering: traditional Chinese medicine (TCM). Additional research is currently being demanded by Western scientists in relation to TCM’s applicability to fibroid management. I support that point of view, but also believe that the data presently available should be seriously considered as is. A primary source of my optimism is a study from nearly 10 years ago, conducted at the well-regarded University of Arizona in Tucson. In the trial, thirty-seven women with “palpable uterine fibroids” took part in a holistic program that involved “weekly Chinese medicine, body therapy (somatic therapy, bodywork), and guided imagery“. A similar control group that did not receive alternative or complementary care was used as a comparison model. The findings of the intervention determined that 22 or the 37 patients’ fibroids shrank or stopped growing as a result of the novel treatment plan. Only 3 of the women in the control group reported a comparable affect. The one downside of this holistic style of treatment was the price tag: $3,800 over a 6 month period. However, when you compare this to the price of conventional care and factor in the real possibility of side effects that could result from the treatment, the added cost may be worth it. At the very least, it’s an alternative that you can consider and discuss with your health care team who may be unaware of these findings. (22,23,24)