Walking down the miles of aisles of nutritional supplements in any given health food store is enough to intimidate almost anyone. Which brand do you choose? How much should you take? Do you ask for advice from the on-site “supplement expert” or “go with your gut”? The best rule of thumb is to never shop for something of importance without first preparing. Nutritional supplements, when used in an informed and judicious manner, have the potential to impact your health in a decidedly positive manner. But if you don’t do your homework ahead of time then you’re essentially gambling with your health. This often means wasting time and money. And, worse, it could even mean that you’re inadvertently endangering your health. 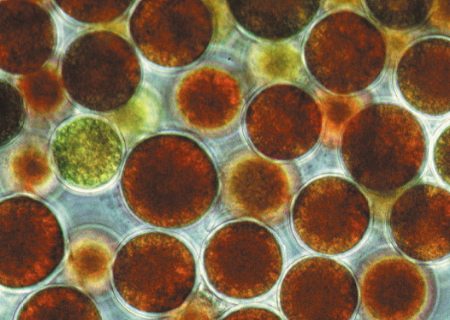 Astaxanthin is a powerful carotenoid that is most notable for giving salmon and select shellfish (crayfish, krill, shrimp) a pink and/or reddish color. In prior columns, I’ve pointed out a variety of health benefits associated with this potent antioxidant ranging from cardiovascular support to immune system modulation. But, if you look at the suggested dosage listed on many astaxanthin product labels, you’ll find that the recommended daily intake can vary dramatically. Fortunately, several new studies can help inform your decision about just how much astaxanthin is right for you.

The current edition of the journal Phytotherapy Research evaluated the relative impact of two different dosages of astaxanthin (5 mg/day and 20 mg/day) in a group of 23 overweight adults. Over the course of 3 weeks, the study participants were provided with the high and low doses of astaxanthin in a randomized, double-blind fashion. Measures of antioxidant status were taken at baseline and at the 1, 2 and 3 week marks. The results indicate that both amounts of astaxanthin performed equally well in increasing antioxidant activity (superoxide dismutase and total antioxidant capacity) and lowering oxidative stress biomarkers (isoprostane and malondialdehyde levels). This finding comports with a previous study presented in the January 2011 issue of the British Journal of Nutrition which determined that 6 mg/day of astaxanthin is capable of elevating antioxidant status and protecting against the accumulation of phospholipid hydroperoxides “which may contribute to the prevention of dementia“. This information is welcome news for anyone interested in reaping the antioxidant rewards of astaxanthin. However, it still doesn’t address the issue of using higher dosages to provoke other positive physiological changes such as improved insulin sensitivity and lower blood pressure. (1,2,3)

Up until a few years ago, saffron was primarily considered a natural coloring agent used in expensive recipes. Nowadays, you’re as likely to find Crocus sativus extracts in the supplement section of your friendly, neighborhood health food store. Several months back, I scientifically documented the reasons which include the relief of numerous mind-body symptoms including anxiety, depression and PMS. But science never stands still.

It seems that saffron is now on the verge of making inroads in the fields of immunology and oncology. At the core of the saffron-cancer connection is a phytochemical by the name of crocetin. Much like astaxanthin, crocetin is also a carotenoid or antioxidant pigment. A current analysis put forth by the Kansas City Veterans Affairs Medical Center details the anti-cancer mechanisms of this constituent of saffron: a) it “enhances the anti-oxidative system”; b) it induces apoptosis (cancer cell death) and hinders “growth factor signaling pathways” and; c) it “inhibits nucleic acid synthesis”. Preliminary animal and test tube studies reveal that this results in suppression of tumor growth in various models of cancer including breast, lung, lymphoma and pancreatic malignancies. What’s more, a just released trial involving 99 human volunteers reveals that 100 mg/day of saffron extract over a 6 week period safely modulates the immune system. Since the immune system plays a pivotal role in the prevention and treatment of cancer, further inquiries will likely address this additional avenue of interest. (4,5,6,7,8,9,10) 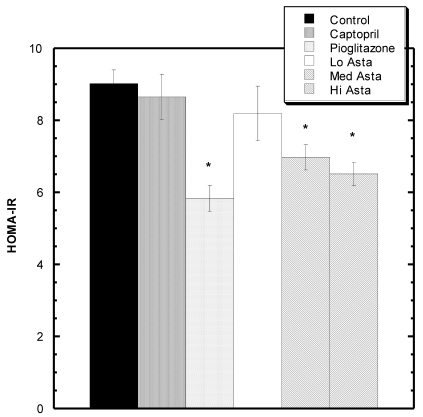 Of all the spices in the Healthy Fellow pantry, cinnamon is the one most often used. It finds its way into coffee, hot breakfast cereal and a variety of desserts in our household. I even chew xylitol-sweetened cinnamon gum to keep my breath fresh as it combats the growth of harmful microbes and reduces volatile sulfur compounds. But far and away, the most important use ascribed to cinnamon is its utility in lowering elevated blood sugar levels. In fact, a recent survey of type 1 and type 2 diabetics reports that up to 83% of them were aware of this naturopathic application. In part, this is because there’s a growing body of reliable evidence to support the use of cinnamon in conditions associated with high blood sugar and insulin resistance such as metabolic syndrome. (11,12)

A new meta-analysis appearing in the Journal of Medicinal Food concludes that both cinnamon extract and whole cinnamon powder are efficient means of lowering fasting blood glucose “in people with type 2 diabetes or prediabetes”. Some trials go beyond that by providing proof that modest amounts of the spice (2 grams/day) are capable of moderating long term blood sugar concentrations (HbA1c) and reducing diastolic and systolic blood pressure. Giving even more weight to the case for cinnamon are experimental findings that explain how this common spice is capable of provoking these benefits. According to a recent animal study, cinnamon works its “anti-diabetic effect independently from insulin by at least two mechanisms: I) upregulation of mitochondrial UCP-1, and II) enhanced translocation of GLUT4 in the muscle and adipose tissues”. I’m well aware that UCP-1 (uncoupling protein-1) and GLUT4 (glucose transporter 4) may not mean a lot to most supplement users. But when physicians see this type of technical data presented in prestigious medical journals, it sometimes opens their minds to the possibility that natural remedies can actually be considered “real medicine”. (13,14,15)

Cinnamon also presents an interesting case study about how to “shop smart” for healthy foods and supplements. Some natural remedies contain potentially toxic substances that should only be used in an appropriate dose and manner. Many cinnamon products that you’ll find in many markets and specialty stores are derived from the bark of Cassia cinnamon. The problem this can pose is that this form of cinnamon frequently contains unacceptably high levels coumarin, a conditionally-toxic chemical. Studies now reveal that naturally-occurring coumarin and pharmaceutical-grade coumarin share a very similar rate of absorption in the human body. This may present a very real health threat for those that include high doses of Cassia cinnamon in their daily diets. Thankfully, this risk can be largely avoided by opting for cinnamon bark or powder that’s derived from “true cinnamon” or Ceylon cinnamon. On the supplement side of the aisle, there are clinically validated, aqueous extracts of cinnamon that are devoid of coumarin altogether. This appears to be a safer option for those who plan to use cinnamon on a chronic basis. So by all means, enjoy cinnamon whenever you’d like. It’s a wonderfully healthful addition to most menu plans. But be mindful of what type of cinnamon you’re consuming. Knowing such details can make all the difference in the world. (16,17,18,19,20,21,22)


8 Comments & Updates to “Be Supplement Savvy”