There are numerous ways of dealing with food cravings. Last week, I mentioned one practical option which is to make a healthier version of the food you’re lusting after – such as birthday cake. But ultimately the most assured way of avoiding dietary disaster is to gain true control over your compulsion for foods that cause you harm. This isn’t an indictment of an occasional treat or exception to your dietary rules. However, in many instances, food cravings aren’t that innocuous. They can quite literally lead to the derailment of important health goals. It doesn’t need to be that way. 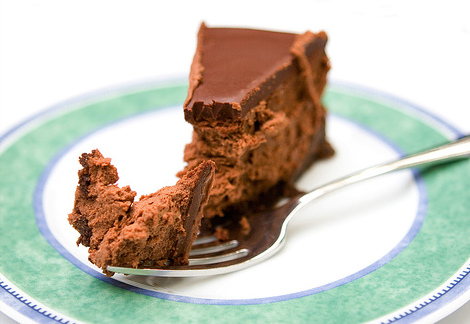 Perhaps you’ve heard the saying, “Fake it until you make it”. This popular concept certainly applies to dietary changes you hope to adopt. If you stick religiously to a healthy diet for three weeks or more, you’ll likely find that your cravings for unhealthy foods diminish considerably. If you happen to be on a low carbohydrate diet, as I am, you could very well find that your food preferences change in an even more dramatic fashion. A study in the current issue of the journal Obesity reveals that overweight individuals assigned to either a low-carbohydrate diet (LCD) or low-fat diet (LFD) respond differently with respect to cravings and a sensation of persistent hunger.

Previous studies involving either “reduced glycemic load diets” or very low carbohdydrate (ketogenic) diets confirm the above noted phenomenon. If you abstain from a certain class of food for long enough, your ability to avoid that temptation strengthens over time. Or, as Ralph Waldo Emerson once said: “By persisting in your path, though you forfeit the little, you gain the great.” (1,2,3)

The biology behind food cravings is rather complex. However, one known factor is ghrelin, an appetite stimulating hormone. Several natural interventions have been documented as capable of reducing ghrelin concentrations in subjects attempting to lose weight. Among them are exercise, getting adequate sleep and managing stress. More specifically, emerging research indicates that: a) taking a brisk 15 minute walk can effectively diminish chocolate cravings; b) mindfulness meditation significantly lowered food cravings in a group of obese and overweight adults already receiving conventional care; and c) daytime napping and/or sleeping is associated with a higher food craving score. In practical terms, upping your aerobic exercise, incorporating stress management techniques and sleeping in sync with “Nature’s clock” all appear to be constructive means of controlling food cravings. (4,5,6,7,8) 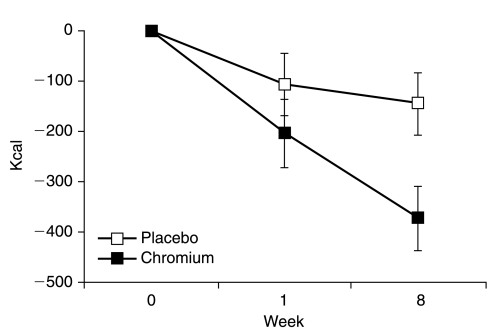 I’m always hesitant to recommend medications and supplements to help moderate food cravings. It’s my fervent belief that dietary and mind-body interventions such as those outlined above are a much better way to go. Part of my trepidation about using these agents stems from the reality that they often require long term use. The issue of cost and safety naturally comes into play. And since both natural (Ephedra sinica) and synthetic (Fen-phen) appetite suppressants and weight loss aids have already been removed from the market due to safety concerns, it seems like an investment not worth making. (9,10,11)

On the rare occasion that supplemental support is absolutely necessary, the use of non-stimulating supplements should be considered. Two agents that possess scientific evidence to back their use are: citicoline and chromium picolinate. Citicoline is a by-product of phosphatidylcholine, a phospholipid typically found in egg yolks and soybeans. It has a strong track record as a neuroprotective substance that has been employed in the integrative treatment of conditions ranging from ADHD to Alzheimer’s disease. It has also recently been shown to reduce drug and food cravings markedly in select populations. Chromium picolinate is a (chelated) trace mineral which is commonly used to lower blood sugar levels and promote insulin sensitivity in type 2 diabetics. However, recent scientific inquiries have expanded its role, and now define it as a candidate to improve mood states and stunt carbohydrate and fat cravings. (12,13,14,15,16)

The resources mentioned above are by no means a comprehensive overview of every viable approach to taming food cravings. There are many additional factors involved in the physiological and psychological processes that stoke the desire for certain foods. That’s why I recommend keeping a food diary. Each and every one of us has a plethora of information at our disposal that nobody else has. If you document what foods you eat and under what circumstances, you can identify triggers that break down your defenses and often lead to overeating or poor food choices. It’s vitally important that we all understand what fuels our destructive actions. Many troubling circumstances and issues can be dealt with using natural remedies, but they must be identified and acknowledged first.