A reader recently inquired about why I use so many eggs in the recipes I post on this site. After all, eggs contain a considerable amount of cholesterol and saturated fat. Some medical authorities claim that these dietary components are harmful to the cardiovascular system. In fact, if you browse through the scientific literature you’ll find plenty of reason for pause with respect to eating eggs as a regular part of your diet. And if you happen to be “at risk” for heart disease, forget about it! Don’t even look at eggs! But as is often the case, first impressions don’t always tell the entire story. 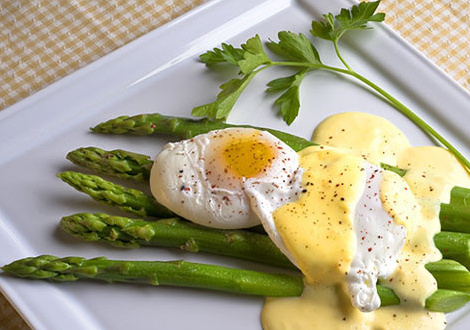 The November 2010 issue of the Canadian Journal of Cardiology is enough to steer anyone away from eggs or, at least, egg yolks. Egg whites are generally given a pass because they’re high in protein and are cholesterol and fat-free. However, the yolks are the epicenter of what of many nutritionists loathe. According to researchers from the Stroke Prevention & Atherosclerosis Research Centre in Ontario, Canada a very dangerous trend is emerging in the population at large: “It is increasingly believed that consumption of dietary cholesterol and egg yolks is harmless”. Here are a few other choice quotes from this very convincing piece: “Dietary cholesterol, including egg yolks, is harmful to arteries” and “Stopping the consumption of egg yolks after a stroke or myocardial infarction would be like quitting smoking after a diagnosis of lung cancer: a necessary action, but late”. Are you scared yet? (1)

The trouble with the previously cited publication is that just doesn’t jive with the majority of the most current evidence. Take, for instance, a study appearing in the April 2011 edition of the International Journal of Food Science and Nutrition. This well-designed trial examined the impact of eating either a chicken sandwich, an omelette or a potato in addition to a standard breakfast in a group of 31 healthy men and women. All three food options were isocaloric or contained the same number of calories. The aim of the experiment was to determine which add-on food best satisfied subsequent hunger and would, thereby, reduce “energy consumption between meals”. The results? You guessed it. The addition of an omelette lead to a greater satiating effect. This isn’t the first time eggs have been linked to improved satiety. And since obesity and overweight are such major health threats in the world today, it would seem that eating more eggs may be a step in a lighter direction. (2,3,4)

Satisfying hunger is one thing. What about the impact of eating whole eggs on diabetes and heart disease? Four recent studies have specifically looked into this controversial topic. The results may be surprising to some:

Diabetes: The February 2011 issue of the British Journal of Nutrition examined the implications of eating two low-calorie diets, a high-protein/high-cholesetrol diet and a high-protein/low-cholesterol diet, in a a group of 65 type 2 diabetics (T2D). The high-cholesterol dieters were required to eat two eggs per day. All the participants lost weight over a 12 week period – about 13 lbs. More importantly, they all showed reductions in diastolic and systolic blood pressure, fasting blood sugar and insulin, HbA1c (long term blood sugar), “non-HDL cholesterol”, total cholesterol and triglycerides. Also of significance is that only the high-cholesterol dieters exhibited an increase in the beneficial HDL cholesterol.  A previous population study out Harvard Medical School from June 2010 concluded that “there was no association between egg consumption or dietary cholesterol and increased risk of T2D”. (5,6)

Heart Disease: In March 2011, a paper was presented in the European Journal of Clinical Nutrition. It evaluated the proposed association between egg consumption and incidence of cardiovascular disease (CVD) in a group of 14,815 Mediterranean men and women. Food frequency questionnaires were used to estimate the typical weekly egg intake. The study volunteers were followed for an average of about 6 years. During that period of time, a total of 91 new cases of confirmed CVD were documented. When comparing those that consumed the largest amount of eggs versus the lowest, the authors of the study determined that, “No association between egg consumption and the incidence of CVD was found in this Mediterranean cohort”. A separate US-based, population study in the February 2011 issue of Public Health Nutrition came to a similar conclusion. (7,8) 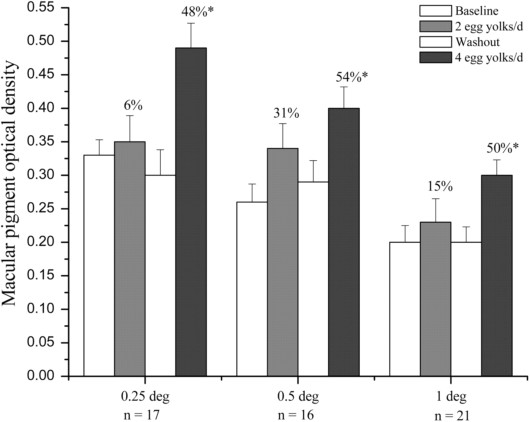 If you’re still not sold on the possibility that eggs may actually be good for you, you’re not alone. Chicken farmers are well aware of the concerns that many consumers and nutritionists have about their product. This impression has lead to changes in chicken feed which, ultimately, resulted in alterations in the nutritional composition of eggs. A report from earlier this year presented by the US Department of Agriculture found that modern eggs are about 14% lower in cholesterol and 64% higher in Vitamin D than eggs analyzed in 2002. A wide variety of natural additives are currently being investigated as a means of improving the health attributes of eggs. In the future, designer eggs may be enhanced by feeding chickens any number of dietary supplements including: alfalfa extract, garlic, iodine, inulin and selenium. This is also being considered as a means of addressing malnutrition in children and women of childbearing years. (9,10,11,12,13,14,15)

From my perspective, simply saying that eggs aren’t harmful isn’t enough of a reason to endorse or use them. To answer the initial question posed by my reader: I use organic, omega-3 enriched eggs in many grainless recipes because they’re a textural replacement for gluten (a protein that is sometimes allergic) and they’re a fantastic source of nutrient density. Eggs are loaded with antioxidant carotenoids such as lutein and zeaxanthin, bioavailable protein, nutrients including choline and omega-3 fatty acids such as DHA. But please don’t leave with the impression that adding eggs to just any diet is a recipe for good health. If you consume a generally unhealthy menu plan that’s loaded with artificial ingredients and refined carbohydrates, it’s unreasonable to assume that eggs will protect you. This is probably why some studies seem to find an adverse affect attributed to eggs. In the context of a poor diet, eggs may in fact contribute to illness. However, if you combine them with other nutrient dense whole foods, I believe eggs are among the healthiest options around. (16,17,18,19,20)