The concept of connectedness is a guiding principle in the holistic management of dis-ease. On an individual basis this may present itself in how symptoms are viewed. For instance, if you have trouble with indigestion, a holistic physician may consider any number of causes including a bacterial infection, how well you chew, psychological stressors and your food selection. In other words, a symptom is viewed within the context of the whole body and, even, your thought processes. From a more global perspective, connectedness extends to how an individual’s well being impacts those around them. Dysmenorrhea is a prime example of how an imbalance in the body and mind can cause discomfort and pain to those directly and indirectly affected by it. 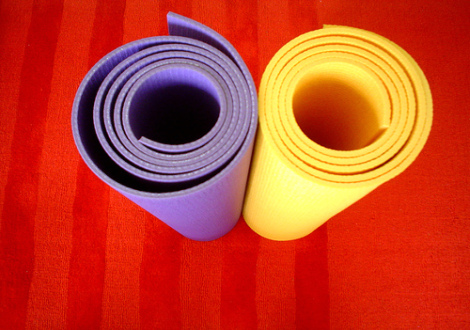 Dysmenorrhea is the medical term used to describe the mild to severe symptoms that accompany a woman’s menstrual cycle. In some instances, dysmenorrhic manifestations are severe enough to disrupt typical daily activities. It’s no wonder that personal relationships and work performance can be disrupted when you consider the symptoms involved: abdominal cramping and pain that sometimes radiates down the back and legs, dizziness, intestinal issues and sweating.

According to the prestigious Mayo Clinic, the root cause of most painful periods is an elevated concentration of prostaglandins – a variety of “hormone-like substances involved in pain and inflammation” which provoke uterine contractions. The contractions are believed to reduce blood flow, nutrients and oxygen supply to the uterus which results in pain that can be compared to that felt in the heart region during an episode of angina. (1)

There are a number of promising natural interventions that may reduce the likelihood and severity of dysmenorrhea. However it’s a good idea to first rule out any potentially confounding medical issues that could be involved including endometriosis and uterine fibroids. This is an example of why it’s always a good idea to establish a diagnosis even if you plan to approach the symptoms using natural means.

Acupressure vs. Dysmenorrhea: The simple application of pressure to key “acupoints” on the body has been shown to reduce the severity of dysmenorrhea over the long term. In the latest trial, applying acupressure to the Taichong point lead to meaningful improvement in symptoms in a group of 194 female students. A placebo acupoint was used to establish whether the benefits were the result of a genuine therapeutic reaction. This was, in fact, confirmed while following the study participants over a 4 month period. Other acupoints, such as the SP6 point, have also shown profound effects in relation to anxiety and distress associated with dysmenorrhea. (2,3,4)

Fish Oil vs. Dysmenorrhea: Several studies have determined that supplementation with omega-3 fatty acids is an effective and safe way to diminish menstrual discomfort of the body and mind. The latest trial, presented in the April 2010 issue of the Eastern Mediterranean Health Journal reports that a daily dose of 205 mg of DHA and 550 mg of EPA, fatty acids derived from fish, significantly lowered pain scores in a group of 36 young women. The placebo controlled trial also found that this resulted in the use of fewer anti-inflammatory medications. Previous interventions using fish oil and krill oil, another source of omega-3 fatty acids, have similarly demonstrated positive outcomes that have even extended to some of the “emotional symptoms of premenstrual syndrome”. (5,6,7)

Yoga vs. Dysmenorrhea: The practice of yoga may seem complicated and intimidating to some. However, a new study in the Journal of Pediatric and Adolescent Gynecology reveals that working on three basic yoga poses may be enough to address menstrual pain naturally. The specific exercises involved are the cat, cobra and fish poses. A Visual Analog Scale for Pain was used to determine the efficacy of the three poses vs. a control group over the course of three menstrual cycles. According to the authors of the trial, “there was a significant difference in the pain intensity and pain duration in the experimental (yoga) group”. They went on to describe the three yoga poses as a “safe and simple treatment for primary dysmenorrhea”. The proposed mechanism by which yoga influences menstrual symptoms is by moderating the inflammatory response to stressful situations. (8,9,10)

Acupuncture Reduces Pain Medication Use in Patients with Dysmenorrhea 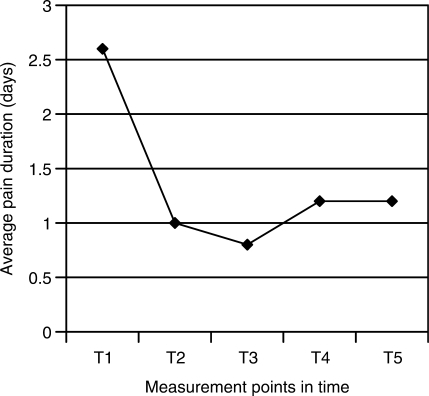 There isn’t a strong conviction in the medical community that diet directly influences dysmenorrhea. The best information currently available indicates that several dietary factors may contribute to the incidence and magnitude of menstrual symptoms. Based on my search of the scientific literature, I’ve discovered that the following dietary components, foods and practices may afford a protective affect: a) avoiding gluten; b) eating breakfast daily and; c) including plenty of dairy products, eggs, fish, fiber, fruit and vegetables in your diet. The role that dietary fat plays in dysmenorrhea remains unclear. To my mind, the optimal approach is to limit intake of unhealthy fats (trans fats and most vegetable oils) and replace them with consumption of healthier fats including avocados, fish and olive oil. Balancing the omega-3/omega-6 ratio is known to lower systemic inflammation which would reasonably benefit those with menstrual woes. (11,12,13,14,15,16,17)

At the core of many natural healing regimens is an individualized, nutrient-dense, whole food diet. Adopting the provisional guidelines listed above is good start. But beyond that, I think it would be wise to emphasize foods that are bountiful in select nutrients such as magnesium, thiamine (Vitamin B1) and Vitamin E. A high-potency multivitamin/mineral formula can go a long way to help achieve the therapeutic dosages found to be of value in clinical trials involving those living with dysmenorrhea. Combining mind-body approaches such as acupressure and yoga with nutritional strategies may allow many women to overcome the dread of their monthly cycle. I hope that any of my female readers to whom this applies to will take the above information to heart. And for my male readership, you too can pass this information along to anyone you know that may benefit from it. Helping each other find true wellness is the holistic way. To that extent, we can all be holistic healers.(18,19,20,21,22,23,24)