Last week, the U.S. Centers for Disease Control and Prevention reported that asthma rates are on the rise although pollution and second hand smoke exposure is declining. According to data collected in 2009, approximately 25 million Americans are now living with this inflammatory lung condition which causes coughing fits, shortness of breath, tightness in the chest and wheezing. What’s more, no age or ethnic group is immune to this trend. However, those without medical insurance are more at risk because the typical price tag associated with conventional asthma treatment rings in at over $3,200 per person/year. This explains why roughly 40% of uninsured asthma patients report that they’re unable to buy the prescription medications needed to address their symptoms. (1) 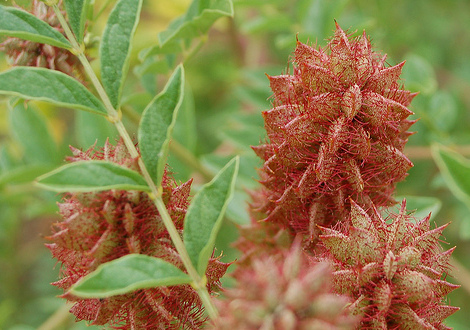 Identifying the precise cause of an illness is always preferable to simply chasing after symptoms. The trouble with asthma is that there are many suspected triggers that make it nearly impossible to pinpoint one as the primary culprit. Researchers have noted that threats ranging from environmental toxins to mitochondrial (cellular energy) dysfunction likely influence the development and progression of this disease. Then there’s the inescapable fact that certain people possess genes that interact with a variety of airborne insults and irritants in such a way as to allow for asthma to take hold. This is not to say that one shouldn’t try to avoid as many known risk factors (dust, mold, pet dander, secondhand smoke, etc.) as is feasible. That is the common sense, first line approach. But sometimes that’s not enough. (2,3,4,5,6)

The April 2011 issue of the Journal of Asthma provides some hopeful information about the future of holistic/integrative asthma management. A survey conducted at the University of Cincinnati College of Medicine, reveals that up to 80% of “urban adolescents” employ one form or another of alternative and complementary medicine (CAM) to help address asthma symptoms. The most commonly used modalities included prayer and relaxation. Dietary modification, guided imagery and yoga rounded out the list of non-pharmacological therapies used in this progressive group of youngsters. I’m optimistic about this trend because recent studies in prestigious medical journals report that various mind-body approaches may improve lung function, mood scores, perceived stress and quality of life in young asthmatics. Unconventional treatment options such as art therapy, guided imagery, “psychoeducation about asthma, stress and emotions” and “relaxation training paired with physiological feedback” have produced positive results.(7,8,9,10,11)

Conjugated linonleic acid (CLA), a fatty acid found in abundance in grass fed dairy and meat, is currently being investigated as a nutritional aid in asthmatics. A current review compiled by researchers at the University of British Columbia found that CLA may help to manage asthma naturally by way of: 1) an energy regulating effect; 2) anti-inflammatory properties and; 3) modulation of the immune system and lipid metabolism. Only a few human trials have thus far been concluded. One of the two determined that a daily dosage of 4.5 grams of CLA/day outperformed a placebo in a group of 28 overweight adults with mild asthma. Improvements in airway hyper-responsiveness and body mass index were documented. Preliminary animal research supports this finding and go on to explain that CLA lowers the levels of arachidonic acid, an eicosanoid-precursor, thereby reducing allergic airway inflammation. As a bonus, grass fed products are also a good source of omega-3 fatty acids which are known to be of value in asthmatics. (12,13,14,15,16,17,18)

Some, but not all research, draws a connection between the consumption of salty foods and asthma incidence. A paper appearing in the February 2011 issue of the Journal of the American Dietetic Association found a “4.8-times higher likelihood of having asthma” in children who ate salty snacks 3 or more times a week in comparison to those who never or rarely consumed them. How is this possible? A recent review notes that low-sodium diets may decrease bronchoconstriction during exercise and reduce airway hyper-responsiveness during inactivity. However, it should be noted that not all of the data supports this notion. In fact, a 6 week randomized trial using a low sodium diet failed to find statistically relevant improvements in a group of 220 adult asthmatics. Even so, I still think it’s worth experimenting with a reduced sodium diet as part of a holistic approach to asthma. Some evidence suggests that shifting the focus away from sodium in isolation and onto other frequently neglected minerals such as magnesium and potassium could provide yet an additional piece to the asthma puzzle. (19,20,21,22,23,24,25) 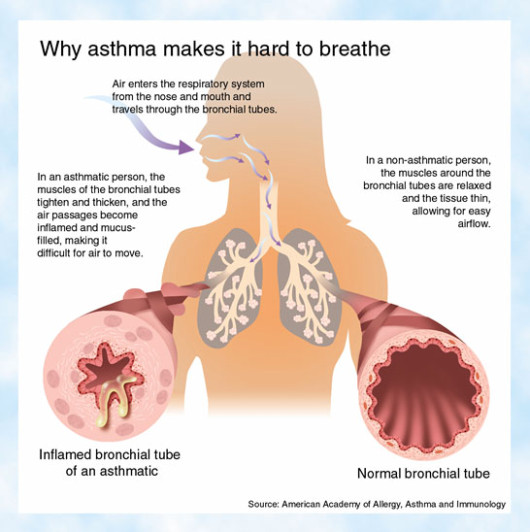 Select herbal extracts are currently being investigated in the relation to asthma. An Egyptian study from July 2010 reports a favorable outcome in asthmatics using an anti-inflammatory, immunomodulating herbal blend containing Boswellia serrata, licorice root and turmeric. A total of 63 participants with bronchial asthma were given either a placebo or the herbal intervention three times a day for 4 weeks. Statistically meaningful declines in plasma leukotriene C(4), malondialdehyde (MDA) and nitric oxide were documented in the herbal treatment group only. These notable changes resulted in improvements in pulmonary function. This finding is supported by previous inquiries in both animal and human studies dating back as far as 1998. (26,27,28,29,30)

Asthma is a chronic condition that is challenging to treat conventionally from both a cost and side-effect standpoint. Fortunately, specialists in the field are continuing to examine cheaper, natural and safer alternatives. A few promising candidates that may one day become mainstays in the integrative management of asthma include choline, a B-vitamin, and “synbiotics”, which are synergistic combinations of pre and probiotics. But ultimately, a truly holistic approach is usually the best way to go. This includes addressing any modifiable environmental factors and then incorporating dietary, mind-body and supplemental alternatives as needed. Adopting such an approach may lead to a dramatic decline in health care spending and an upswing in the long term prognosis for asthmatics worldwide. (31,32,33,34,35)