There’s nothing like a controversial study to stir up the hornet’s nest that is modern medicine. If you think politics is contentious, just try going up against decades worth of health care policy and theories. That’s exactly what a small group of researchers from the University of Lueven, Belgium and the Journal of the American Medical Association (JAMA) did recently. 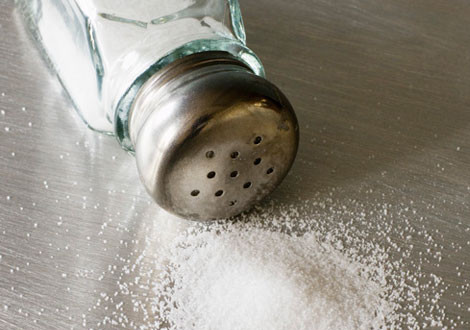 The current edition of JAMA includes a publication entitled, “Fatal and Nonfatal Outcomes, Incidence of Hypertension, and Blood Pressure Changes in Relation to Urinary Sodium Excretion”. The publication’s findings fly in the face of conventional wisdom that a higher intake of sodium is associated with greater cardiovascular disease (CVD) risk and mortality. The study itself involved 3,681 healthy adults that were followed on average for about 8 years. Urinary sodium levels, an indicator of sodium consumption, were measured at the start of the examination. Cardiovascular related deaths were then compared to 24 hour sodium excretion levels in the participants. The unexpected results indicate that those who excreted less sodium demonstrated a higher risk of CVD mortality. In terms of percentages, 4.1% of the lowest tertile of sodium excretion died due to CVD, 1.9% in the medium excretion group and only .8% in the those consuming the highest amount of sodium. And if that wasn’t enough of a shock, another study appearing in the March 2011 issue of Diabetes Care reports that, “In patients with type 2 diabetes, lower 24-hour urinary sodium excretion was paradoxically associated with increased all-cause and cardiovascular mortality”. Such findings add weight to a recent critical review of the current dietary guidelines which questioned the value of recommending sodium restriction for the population at large. (1,2,3)

To nobody’s surprise, the attention grabbing salt study has been met with criticism from experts on both sides of the salt debate. Dr. Ralph L. Sacco who heads up the American Heart Association, wryly remarked that “We need to take this article with a large grain of salt”. In an interview with WebMD, Dr. Sacco commented that 24-hour urinary excretion rates are subject to wide variations and could easily be misconstrued. Dr. Richard Feinman, professor of cell biology at SUNY Downstate Medical Center, took exception to the design of the trial itself. “Why not just plot the number of deaths vs. sodium excretion and time or something similar? Then everybody could see what kind of numbers and what kind of variation we are talking about.” It should be noted that Dr. Feinman was one of the co-authors of the critical review I alluded to in the previous paragraph, “In the Face of Contradictory Evidence: Report of the Dietary Guidelines for Americans Committee”. (4)

When reviewing the case against high sodium intake, several recent publications specifically come to mind. The February 2010 issue of the New England Journal of Medicine used a computer model to estimate the impact of reducing dietary salt intake by 3 grams per day in the United States. According to estimates, this simple strategy would lead to a projected yearly decline in coronary heart disease cases of between 60,000 to 120,000, heart attacks by 54,000 to 99,000 and strokes by 32,000 to 66,000. What’s more, the authors theorized that the health care savings involved could be as high as $24 billion a year. Much of the postulated benefits are based on the general expectation that lowering sodium consumption would result in a meaningful drop in blood pressure. Proponents of sodium restriction also draw attention to various population studies that have found an association between higher sodium intake and an increased risk of cardiovascular disease, ischemic stroke and even gastric cancer. (5,6,7,8,9,10,11,12,13,14)

Not everyone agrees that such epidemiological data should be applied as a matter of public policy. Once again, I turned to Dr. Feinman for a dissenting point of view: “You can’t treat a population. You can only treat people. My understanding is that even within hypertension where some people are helped by salt reduction, it is only some, some fraction of that population. So why treat everybody?”

Here’s one of the reasons why sodium is so often in the crosshairs of nutritional authorities. Numerous inquiries dating back to 1957 indicate that sodium consumption is well above the level required to sustain good health. Other minerals such as calcium, magnesium and potassium are frequently lacking. But sodium is uniformly found in excess in the average 21st century diet. Where is all this sodium coming from? A fair share makes its way into the food supply via processed foods. A study appearing in the March 2011 edition of the American Journal of Clinical Nutrition determined that only about 23% of daily sodium intake in England is in the form of table salt. The remainder comes from refined foods that tend to be heavily salted. This disproportionate shift in sodium intake puts modern man at odds with the traditional, nutrient dense diets of our ancestors. A scientific paper from 2006 examined the interaction and relationship between potassium and sodium in “Stone Age” and modern diets. The determination was that modern diets are frequently deficient in potassium and excessive in sodium. The authors from the University of California at San Francisco concluded that “the electrolytic mix of the modern diet is profoundly mismatched to its processing machinery” (ie the human body). (15,16,17,18,19,20,21,22) 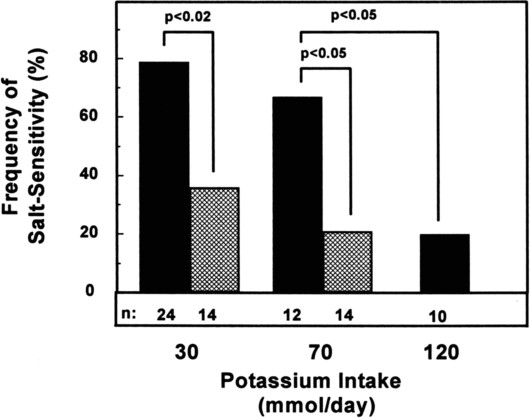 The proportion of sodium to other nutrients isn’t the only problem some scientists are concerned about. Combining sodium with certain common food elements may also influence the way this mineral affects the body. Many refined meals and snacks are loaded with a form of sugar known as fructose. The interplay between fructose and sodium may be an important factor in the sodium/blood pressure connection. Animal and human studies suggest that dietary fructose enhances sodium absorption “in the small intestines and kidney tubules, resulting in a state of salt overload and thus causing hypertension”. In practical terms, this may mean that adding some table salt to a fillet of salmon could have a much lesser impact on blood pressure than a seemingly innocuous salad topped with a salty-sweet dressing. (23,24,25)

Here’s my personal perspective and some supporting evidence for it. Apart from population based data, some scientific interventions indicate that high salt meals: a) negatively impact post-prandial circulation as assessed by flow mediated dilatation and; b) raise blood pressure and pulse wave velocity, a measure of vascular function. On the other hand, adopting a low salt diet isn’t a panacea for cardiovascular and other diseases. Controlled studies have attempted and failed to show that lower sodium intake successfully: a) decreases coagulation; b) lowers inflammation or; c) modulates heart rate variability. There’s even some evidence that suggests that a low salt diet increases the likelihood of insulin resistance in healthy adults. (26,27,28,29,30,31)

In our household, we use two different types of salt. I season with a special form of sea salt that is naturally rich in potassium. Each serving provides 331 mg of potassium and 118 mg of sodium. Mrs. Healthy Fellow uses a separate sea salt with a sodium count of about 400 mg per serving. Why the difference? My wife prefers the taste of traditional sea salt in most dishes. I opt for the low sodium salt because several, well designed studies report that potassium rich salt substitutes may benefit arterial function and blood pressure. This works out well for the two of us as evidenced by consistently healthy blood pressure readings. What’s right for you? That’s for you and your health care team to determine. In closing, I’ll give the final word to Dr. Richard Feinman: “If we are going to make recommendations, they should be based on results that are unambiguous. These studies with low hazard ratios do not exclude the null hypothesis which is: salt consumption as regulated by individual taste and experience has no general detrimental effect on health. Some, but not all, individuals with hypertension may benefit from salt reduction.” (32,33,34,35,36)