There’s a fine line between being informed about the dangers in the environment and being paranoid about every move you make. An imbalance in this perspective could lead one not to exercise because there’s pollution in the air, avoid fruits and vegetables because they contain pesticide residues and even to become a recluse for fear of germs spread through casual contact with other human beings. Clearly, a balance needs to be struck. 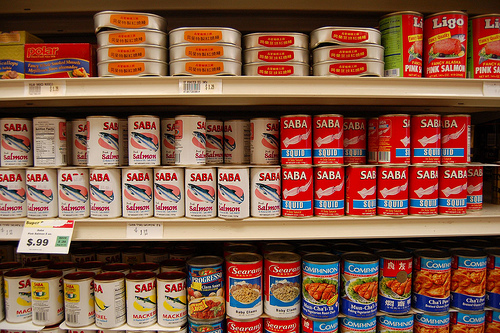 I would venture to say that most city dwellers come in contact with plastic in one form or another dozens to hundreds of times a day. Avoiding all contact with plastic and/or the controversial chemicals contained therein is nearly impossible. However, I do believe it’s advisable to minimize exposure to conditionally toxic chemicals found in plastic such as bisphenol A or BPA.

The latest alarm bell in the plastic debate comes courtesy of a paper entitled, “Environmental Health Perspectives: A Case Study of High Prenatal Bisphenol A Exposure and Infant Neonatal Neurobehavior”. Scientists from the Seattle Children’s Research Institute examined a case study involving an expectant mother who had exceptionally high BPA levels in a urinary analysis at week 27 of her pregnancy. The cause of the elevated BPA concentration appeared to be via exposure to canned beverages and foods, and the use of plastic containers associated with food storage and microwave cooking. The infant in question exhibited “many neurobehavioral abnormalities” at a one month examination such as abnormal muscle movement and tone and tremors. Fortunately, subsequent one year and five year evaluations recorded a normal neurobehavioral assessment. (1)

The relevance of this case study is twofold. First, it’s important to be reminded that even common, everyday foods and products can lead to unacceptably high toxin loads in pregnant women. You don’t have work in a chemical plant or live next to a busy highway in order to be at risk. But it’s also reassuring to note that infants born under less than ideal circumstances can often bounce back from a challenging start.

There’s a lot more going on in the field of BPA research than the above case study. Recent animal studies are revealing a significantly starker view of this estrogenic chemical found in everything from baby bottles to plastic forks and knives. BPA is commonly referred to as an “endocrine disrupting chemical” in the medical literature. This means that it disrupts the normal activity of various hormones secreted by the body. The net effect of this interference may: a) contribute to insulin resistance and the development of type 2 diabetes; b) increase the likelihood of attention deficit and hyperactivity in offspring that may even continue onward into adulthood; c) predispose hormone sensitive tissue such as breasts and prostates to cancer. (2,3,4,5,6)

Here again we must put things in the proper context. Some scientists are quick to point out that men are not mice and that the majority of studies showing threat in relation to BPA have been conducted in rodent models. But before letting out a collective sigh of relief, consider this. An April 2011 investigation on BPA processing in mice and rhesus monkeys determined that “BPA pharmacokinetics in women, female monkeys and mice is very similar” and that “total daily human exposure is via multiple routes and is much higher than previously assumed.” The human data used in this particular comparison was taken from prior, peer reviewed publications. (7)

If we are to believe that the animal research on BPA is relevant to humans then it’s reasonable to expect some corroborative findings to support that assertion. A recent review article and several current studies are beginning to provide just that. The April 2011 issue of the journal Current Opinions in Pediatrics reports that BPA has been shown to: affect “serum sex steroid hormone concentrations in adults”; to delay the “onset of breast development in girls” and possibly contribute to “increased hyperactivity and aggression in 2-year old female children”. Of late, bisphenol A has also been linked to polycystic ovary syndrome incidence in women and decreased fertility in both men and women. Finally, a population study published in the March 2011 issue of the journal Environmental Health Perspectives draws a connection between higher urinary BPA levels and compromised immune function as assessed by serum cytomegalovirus (CMV) antibody levels. (8,9,10,11,12,13) 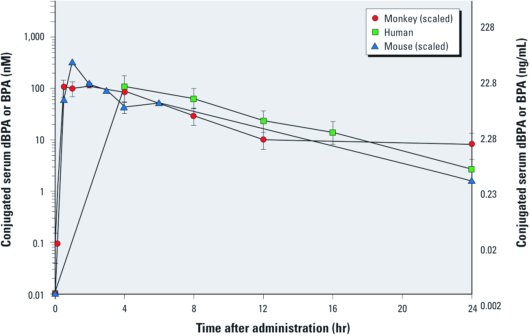 Now that some of the more disconcerting news is out of the way, it’s time to review some positive BPA findings. Certain antioxidants and so-called functional foods can be used strategically to blunt the impact of BPA exposure. For instance, N-acetylcysteine (NAC), an amino acid derivative, was recently shown to “reverse cognitive dysfunction and oxidative stress induced by BPA exposure in rats”. Giving test animals a cocktail containing black tea and quercetin (naturally contained in berries and onions) along with BPA “caused concentration-dependent amelioration of bisphenol A-induced cytotoxicity”. And last but not least, select probiotics such as Bifobacterium breve and Lactobacillus casei appear to reduce intestinal absorption of BPA and facilitate its excretion. (14,15,16)

Although select foods and nutraceuticals may shield us from some of the harm associated with BPA, avoidance is still the recommended first line approach. To that end, Dr. Sheela Sathyanarayana of the Seattle Children’s Research Institute suggests the following: 1) avoid plastic containers with a recycling code #7 on the bottom; 2) limit the amount of canned foods your family eats; 3) opt for ceramic or glass containers for cooking and storage. A just released interventional trial involving five families found that urinary BPA levels could be reduced by up to 76% by following such practical guidelines. This is an invaluable example of where most health care power truly resides: in the hands of proactive families and individuals.(17,18,19)