As of November 18, 2011, the antidiabetic drug Avandia (rosiglitazone) will no longer be available at retail pharmacies. New guidelines set forth by the US Food and Drug Administration now require that the medication only be prescribed to patients who are already benefiting from it and/or those who don’t respond to other drugs used to control blood sugar. This reversal in policy is largely due to post marketing data indicating an elevated risk of heart attacks in patients who use it. 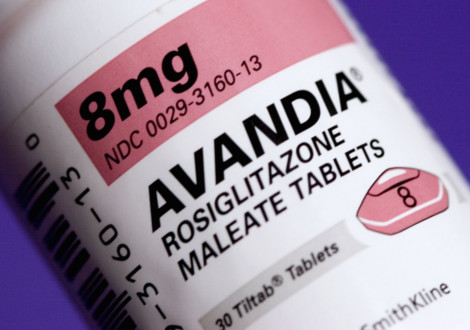 One of the leading critics of rosigltazone, a drug that promotes insulin sensitivity, is Dr. Steven Nissen of the prestigious Cleveland Clinic. He recently remarked about the Avandia debacle – “It’s like a decade long nightmare coming to an end”. He went on to summarize the current status of the drug as such: “Eleven years after this drug was introduced, it will be so restricted in access that virtually no one will be able to get it.” Dr. Nissen’s outrage is understandable given his participation in a 2007 trial that determined that use of Avandia increased heart attack risk in type 2 diabetics by over 40%. (1,2,3,4,5)

The obvious route to take here is to bash the current drug approval and review process and/or vilify pharmaceutical companies. It’s easy enough to do and many are hopping on that bandwagon. But I think a more constructive response is to take a look at why in 2010 over 500,000 patients in the US “required” a prescription for Avandia. In large part, the answer can be found in underpopulated parks and gyms, poorly stocked kitchens and barren supplement cabinets throughout the world.

I’m convinced that the implementation of five diet and lifestyle strategies would revolutionize the way diabetes is treated in the modern world. What’s more, the following suggestions will not only help manage blood sugar irregularities, but also protect against them in the first place and combat many of the peripheral health consequences related to type 2 diabetes. But here is the catch. This is a program that requires that you earn back your good health. Popping a pill isn’t enough.

A Mediterranean-style way of eating is gaining acceptance as a means of addressing “modifiable factors” that lead to the development of diabetes. Slightly tweaking the current concept of a Mediterranean diet by increasing fiber and protein intake and reducing the amount of refined carbohydrates improves upon an already positive plan of action. This modified diet promotes a healthier weight and impacts virtually every marker relating to diabetes and metabolic syndrome (blood pressure and sugar, cholesterol, insulin, triglycerides and waist circumference). (6,7,8,9,10)

Step 2 – Go Nuts, No Matter What Diet You Choose

Step 3 – Exercise Enough and Get Some Sun

A just published review in the Journal of the American Medical Association (JAMA) examined 47 randomized, controlled trials pertaining to exercise and diabetic health. The conclusion of the report emphasizes the need to stay adequately active. In practical terms, this means combining both aerobic and resistance exercises or “structured exercise training” for a minimum of 150 minutes a week. Exercising outdoors contributes an added dimension of diabetic health promotion. Exposure to the sun will increase serum 25-hydroxyvitamin D levels, which are associated with healthier insulin sensitivity, lower long term blood sugar HbA(1c) and reduced type 2 diabetes incidence. Vitamin D status of 50 nmol/L or over appears to confer the greatest benefit. (14,15,16,17,18,19,20)

From a health maintenance perspective, sleep is a lot more than the thing we do when we’re not awake. Sleep restriction is an independent risk factor for cardiovascular disease, diabetes and obesity. A recent examination in the journal The Diabetes Educator reveals that “poor sleep is common in type 2 diabetics and may adversely impact quality of life”. The authors of the paper go on say that “Interventions to improve sleep hygiene can be suggested to patients by diabetes educators as part of diabetes self-management”. Part of the reason why sleep duration and quality are so important to diabetics is that a lack thereof raises the levels of select hormones (leptin and visfatin) that contribute to insulin resistance and systemic inflammation. (21,22,23) 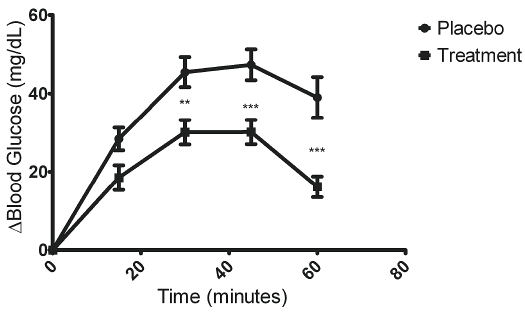 The diets of some diabetics and pre-diabetics are lacking in essential nutrients. Supplementing with a multivitamin/mineral that emphasizes select nutrients such as chromium, magnesium, Vitamins B12, D, and zinc may help address nutritional deficiencies, improve glycemic control, lipid profiles and support immune function in type 2 diabetics. If additional support is necessary, functional foods (brewer’s yeast) and “nutraceuticals” containing ingredients such as cinnamon and enzymes may be of value as well. The formula highlighted in the image above contains: a “transglucosidase, lipase, protease (Glucoreductase™) blend, chromium picolinate, zinc gluconate, and cinnamon extract”. (24,25,26,27,28)

The unfortunate reality is that in the coming years I’ll likely report on other prescribed medications that are yanked from pharmacies due to safety concerns. Unsuspecting patients will suffer side effects and sometimes lose their lives. No one wants this, but there is an attitude and system in place which contributes to it. Changing that system isn’t exclusively the domain of consumer activists and watchdog organizations that oversee the medical community. We all have a role to play as well. The more we decide to take personal responsibility for our own wellness, the more doctors will understand that relying too heavily on questionable drugs isn’t necessary.