The minds of adults and children are generally thought to be quite different. But when we look at some of the problems in our daily lives, we find that many are shared by both kids and grown-ups. One example is in the way our brains malfunction.

Attention Deficit Disorder (ADD) has become such a commonly used medical term that most people are familiar with it. At first, it was mostly associated with kids who had a hard time concentrating at school. These children were often thought to be bright, but they just couldn’t focus well enough to succeed in school.

Now there are many reasons why our brains may not work as we’d like. Aging, genetics, injury, medication side-effects, poor nutrition and physical conditioning, and psychological disturbances are several possible candidates.

Today I’d like to present one simple strategy that could improve your brain function. It could very well sharpen your memory and improve your ability to focus as well. 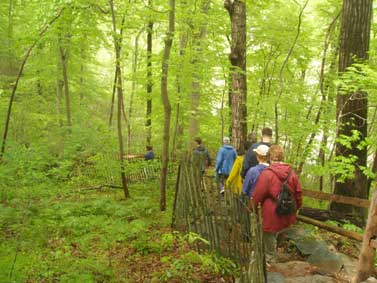 An interesting study was detailed in the December issue of Psychological Science. The authors tested the theory that exposure to nature could help benefit brain function.

In the study, a group of volunteers were asked to walk in two distinctly different locations. One location was an urban setting – down a busy city street. The other setting was a botanical garden and/or an arboretum.

Before and after each walk, the volunteers were administered memory and focus tests. The researchers found that the mental function of the volunteers improved by about 20% after walking in a natural setting. It did not improve at all when they walked down the city street.

The authors commented that natural imagery tends to grab our attention in a gentler manner. It allows us to replenish our mental capabilities. In contrast, urban environments generally stimulate a more dramatic reaction. They require more directed attention, and therefore are less restorative.

One of the lead researchers, Dr. Marc Berman explained that, “Interacting with nature can have similar effects as meditating.”

He went on to emphasize that, “People don’t have to enjoy the walk to get the benefits. We found the same benefits when it was 80 degrees and sunny over the summer, as when the temperatures dropped to 25 degrees in January. The only difference was that participants enjoyed the walks more in the spring and summer than in the dead of winter.”

So the next time you’re about to take a test or sit down for a job interview or write a blog … you might want to take a stroll in the park or pop in a DVD of Planet Earth first. The results just might surprise you.

Link – University of Michigan Press Release on Nature and Focus


2 Comments & Updates to “The Natural Mind”