The types of products that doctors recommend and manufacturers produce reveal a lot about what they think of us as health care consumers. A prevalent view in both alternative and conventional medicine is that most patients would rather take a so-called “magic bullet” that improves disease markers and/or symptoms rather than address the root cause of  illnesses. The idea is that patients are either too busy or unmotivated to make the dietary and lifestyle changes that are necessary to improve health. Sadly, this widely held notion is often based in reality. 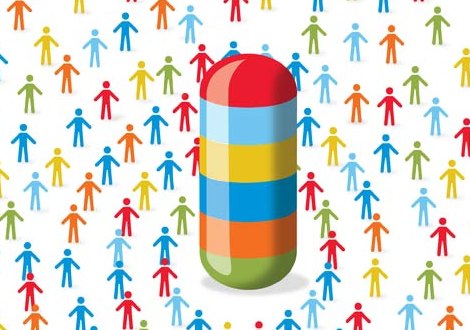 If we could somehow wipe cardiovascular disease (CVD) off the face of the Earth, the majority of preventable disease and a significant proportion of health care spending would disappear along with it. This truism is the inspiration for a new type of prescription medication known as a “polypill”. The name polypill refers to a single capsule that contains several medications that address cardiovascular threats such as abnormal blood clotting, high blood pressure and high LDL (“bad”) cholesterol. The target audience for this new generation drug are men and women over the age of 55 who are marginally at risk. According to some estimates, use of a polypill could potentially lead to a reduction in cases of CVD of up to 3.2 million/decade and a decline in strokes of 1.7 million/decade in the U.S. alone. (1)

A new study published in the current edition of PLoS One tested the efficacy and safety of a polypill in a group of 378 older adults living in seven different countries. Half the group was given a once daily capsule containing 75 mg aspirin, 12.5 mg hydrochlorothiazide,10 mg lisinopril and 20 mg simvastatin. The remainder was provided with a placebo in a double-blind fashion, ie. neither the researchers nor the patients knew it was a placebo. Blood tests were taken at baseline and at a 12 week follow-up appointment. (2,3)

A previous study from August 2010 examined the impact of a slightly different polypill over a 12 month period in 475 middle-aged to senior adults. In that instance, “The effects of the polypill on blood pressure and lipid levels were less than anticipated”. (4)

A much healthier approach to addressing cardiovascular risk is outlined in the May 25th edition of the Journal of Medicinal Food. In the research, a “Spanish Ketogenic Mediterranean Diet” was tested for 12 weeks in a small group of patients with metabolic syndrome – a confluence of risk factors pertaining to cardiovascular disease and diabetes. This very low-carb version of Mediterranean eating resulted in dramatic improvements in virtually all of the areas of threat.

As if this wasn’t enough, fasting blood sugar and plasma triglycerides also transitioned to a much healthier range – blood glucose (118.81 mg/dL to 91.86 mg/dL) and triglycerides (224.86 mg/dL to 109.59 mg/dL). By the completion of the study, all of the participants were deemed free of metabolic syndrome. This is an extraordinary finding that puts most CVD drug intervention studies to shame. What’s more, a paper published over six years ago in the British Medical Journal estimated that a “polymeal” style diet, centering around almonds, dark chocolate, fish, fruit, garlic and vegetables could safely reduce cardiovascular disease events by 76%. (5,6,7) 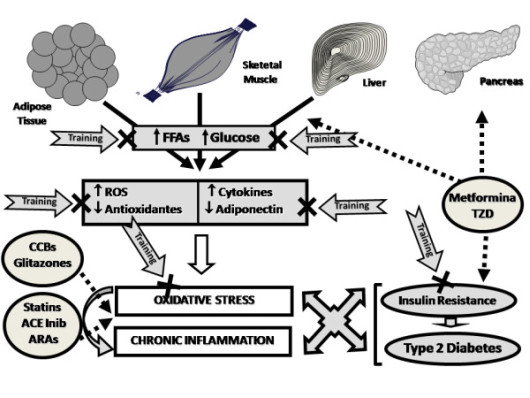 Now some of you may be thinking that only conventional medical doctors are behind the push for easy solutions to major health issues such as heart disease. This is not the case. A study published in the May-June Journal of Clinical Lipidology describes how a “phytochemical-rich medical food” can and should be used in addition to a low-glycemic Mediterranean style diet. According to researchers at the Department of Nutritional Sciences at the University of Connecticut Storrs, a soy-based protein shake can enhance the benefits of a Mediterranean diet by additively lowering apolipoprotein, (LDL) cholesterol and homocysteine concentrations. But, a close review of the composition of the product, UltraMeal PLUS 360°, reveals the second most prominent ingredient in the formula is fructose. Why fructose is included in a supplement intended to address metabolic syndrome is a mystery to me, to put it kindly. (8,9,10)

In the coming year I hope to share some very exciting news about a proposed study that could, once and for all, place nutrition as a first line approach to addressing cardiovascular disease. The implications cannot be under-emphasized. The results of such a trial would likely revolutionize the way modern medicine is practiced while saving countless lives and incalculable healthcare resources worldwide. In practical terms, this would mean that in the future, doctors could prescribe and support patients in adopting a new way of eating rather than just prescribing yet another questionable drug. The challenge is to find the best way to fund the type of research that some prominent scientists are ready to carry out. This may require a grass roots effort to raise funds en masse or reaching out to a single or multiple major donors who are interested in backing one of the most important nutritional studies in the history of modern medicine. If you know any individuals or organizations that may want to get involved in this invaluable research, please let me know. In the meantime, try to put the preliminary data I’ve shared with you today to maximum affect.