Being informed can minimize the understandable fear associated with a diagnosis of breast cancer. The right information takes you from a place of perceived powerlessness and the unknown to a state where you can make conscious decisions and actively participate in your own healing. This process can be facilitated in a profound way by doctors and nurses who embrace this philosophy and remain open-minded to the use of alternative and complementary approaches. 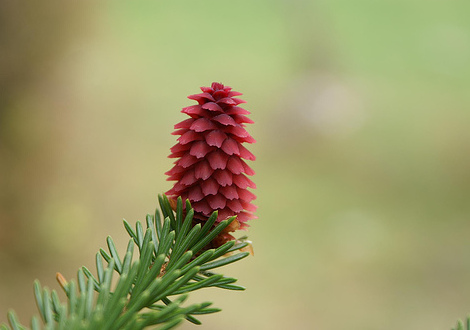 Breast cancer (BC) patients and survivors throughout the world are embracing complementary and alternative medicine (CAM) as an adjunct to conventional treatment. Recent surveys conducted in Malay, Taiwan and the United States indicate that more than half of women with BC use one form or another of CAM. Nutritional supplements such as echinacea, garlic, ginkgo and multivitamins topped the list in the US. In Malay, evening primrose oil, spirulina and Vitamin C were most popular. Taiwanese breast cancer patients primarily used acupuncture and Chinese herbal medicine. In many instances, the impact of CAM modalities in combination with conventional cancer care isn’t well known. What’s more, it’s not uncommon for doctors to be unaware that complementary therapies are being used at all. This leaves the door open for unexpected and potentially unwelcome interactions. The key to preventing this is a more open exchange between patient and physician. (1,2,3)

Many breast cancer patients are treated with a class of drugs known as aromatase inhibitors (AIs) which limit the production of estrogen. Bone loss and related fractures are a common consequence of AI use. This noted risk is of even more concern for BC patients who are deficient in Vitamin D. Fortunately, supplementation with high dose Vitamin D (up to 50,000 IU/week) may address this issue. In addition, a current report in the journal Breast Cancer Research and Treatment determined that Vitamin D levels of ≥40 ng/ml may also reduce the likelihood of another common adverse reaction: arthralgia or joint pain. (4,5,6)

Feelings of anxiety, fatigue and pain are frequently influenced by breast cancer diagnosis and subsequent treatment. Many mind-body techniques and other natural approaches are capable of improving quality of life issues in BC patients.

Guarana vs. Fatigue – “Guarana (Paullinia cupana) is a plant native to the Amazon basin that has been used as a stimulant since pre-Columbian times”. A new placebo controlled study involving 75 women with breast cancer found that 50 mg of a guarana extract, twice daily significantly improved fatigue. The fact that the herbal treatment didn’t affect sleep quality or induce anxious feelings is also important. (7)

Music Therapy vs. Pain – 120 women who underwent mastectomies were randomly divided into two groups: the first participated in music therapy and the second was used as a comparison or control. Those engaging in music therapy exhibited a statistically relevant decline in their Pain Rating Index compared to those only receiving “routine nursing care”. (8)

Relaxation vs. Anxiety – Practicing relaxation techniques not only improves mental health parameters, but also supports immune function. This, according to a new trial published in the journal Oncology Nursing Forum. In fact, the greater the relaxation response, the more pronounced the immune boosting affect. The relaxation approach used in this 10 month intervention involved deep breathing, guided imagery and progressive relaxation. (9)

Other mind-body highlights from the medical literature indicate that: a) acupuncture supports better sleep quality in breast cancer survivors, in part by decreasing the number of nocturnal hot flashes; b) cognitive behavioral therapy provided by nurses improves overall quality of life in BC patients and reduces fatigue; c) mindfulness based stress reduction likewise decreases disturbed sleep and fatigue; d) peer counseling lead to a meaningful decline in distress, hot flash frequency and improved sexual function in a group of 300 women assigned to peer support or telephone counseling. (10,11,12,13) 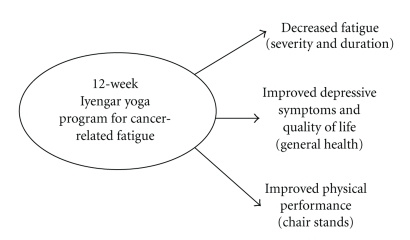 So far I’ve focused on ways to mitigate some of the adverse reactions associated with conventional cancer treatment. But what about using natural remedies as a means of improving treatment outcomes and/or protecting against breast cancer in the first place?

Shiitake mushroom (Lentinula edodes mycelia or L.E.M.) extracts have been used as a traditional remedy in Asia long before the advent of scientific methodology. Earlier this year, researchers at Hiroshima University released the results of a pilot study that scientifically assessed the value of L.E.M. in five cancer patients. Three of the participants were being treated for breast cancer. The remaining two carried a diagnosis of gastrointestinal cancer. Two treatment stages were used to gauge patient response: 1) a course of chemotherapy alone; 2) concomitant administration of chemotherapy and L.E.M. During the second course of treatment, which included L.E.M., the patients showed improvement in quality of life scores and increased natural killer cell activity – an indication of heightened immune function. Furthermore, no safety concerns were attributable to the addition of L.E.M. These findings provide preliminary support for the enthusiastic historical and in-vitro data on L.E.M. which preceded it. (14,15,16)

The December 2010 edition of the journal Breast Cancer reports that a “breast-health herbal formula” consisting of calcium glucarate, HMR lignan, indole-3-carbinol, milk thistle, Schisandra chinesis and stinging nettle affects estrogen metabolism in a beneficial manner. The combination of ingredients derived from cruciferous vegetables (indole-3-carbinol), herbs and spruce trees (HMR lignan) “significantly increased estrogen C-2 hydroxylation”. According to the Canadian researchers who authored the paper, “Higher concentrations of C-2 metabolitea … may reduce breast cancer risk and risk for other hormonally-related cancers”. These findings applied to both pre- and post-menopausal women who took part in the placebo controlled experiment. Prior clinical and population based data support the notion that components of this dietary supplement may, indeed, protect against breast cancer. (17,18,19)

The other night I was watching a replay of an old Primetime Live program. The subject was a supposed spiritual healer by the name of John of God. It was a fascinating portrayal of several people with various diseases who took part in his unconventional healing approach. Dr. Mehmet Oz provided some professional analysis based on the medical data collected from the people undergoing this spiritual treatment. Some of it was surprisingly positive in that certain “patients” unexpectedly recovered or improved. However, one lady in particular did not. She was hoping to heal her breast cancer without the assistance of an oncologist or surgeon. Unfortunately, her ardent belief and optimism didn’t result in a miraculous healing. In fact, her cancer spread. At present she is now undergoing a combination of alternative and conventional treatment. But, as you might expect, the prognosis is not particularly good at this stage. My sincere hope is that the outcome in this case and every other case of its kind is unequivocally positive. Unfortunately, this hope is frequently not supported by the actual evidence based on case histories of this kind. This is why it’s vitally important that we all consider the best possible treatments available to us – whether conventional, holistic or integrative. (20)