I’ve used the term “anti-aging” before, but I’ve never been entirely comfortable with it. To me, there’s something slightly strange about the concept. After all, I’m not opposed to the process of growing older. In fact, one of my greatest hopes is to live a long and rich life with Mrs. Healthy Fellow and those we love. This steadfast desire remains constant despite my implicit knowledge that our bodies and minds will change as time goes by. But in health and all things, not all change is created equal. 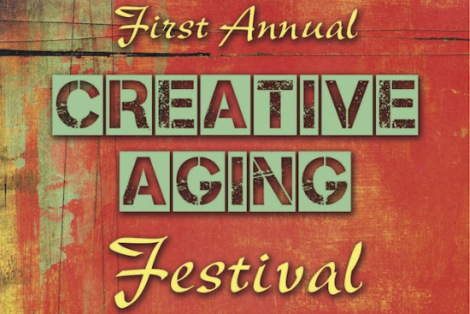 Railing against all forms of aging is a futile act. It’s as much a waste of time as pleading with the night not to come. Aging will happen as sure as darkness will fall at the end of the day. What we should do is become more aware of the modifiable contributors to premature aging and disease.

Ensuring optimal Vitamin D levels is a hot topic in medicine these days. This is especially so in senior populations because hypovitaminosis D is known to contribute to many of the negative aspects typically ascribed to old age. Recent publications in the American Journal of Clinical Nutrition, Archives of Ophthalmology and Rheumatology International report that administering Vitamin D via injection or oral supplements can improve a broad spectrum of seemingly unrelated symptoms including: general and mental health, physical capacity and pain, and social functioning. What’s more, a higher concentration of Vitamin D or 25-OH-D via sun exposure or supplementation has been linked to a lower incidence of chronic pain syndromes (fibromyalgia, osteo- and rheumatoid arthritis), heart disease in men and macular degeneration in women. Optimal Vitamin D levels of 50 ng/mL or higher are frequently recommended, but rarely achieved by the population at large. For example, a current analysis from the University of Saskatchewan found that as many as 1/3 of Canadian adults are falling short of their D goals, particularly in the winter months. (1,2,3,4,5)

If exercise could be patented and prescribed, it would probably be the best selling drug on the market. Using exercise judiciously allows both men and women to defy some of the stereotypes that accompany gender-related aging. In men, regular exercise has been shown to benefit endothelial function and insulin sensitivity. The former assists with proper blood flow throughout the body. The latter supports healthier testosterone levels. The net result is improved cardiovascular health and sexual performance. Select supplements such as a combination of the amino acids aspartic acid, l-arginine and pine bark extract (Pycnogenol) may provide additional support in stubborn cases of mild to moderate erectile dysfunction. (6,7,8)

If you’re a postmenopausal woman there are many negative messages sent in your direction. “After a certain age, it’s nearly impossible to lose body fat and weight.” “If you don’t use bisphosphonate drugs you’ll develop osteoporosis”. “Herbal remedies for menopause don’t work and they’re often dangerous”. Three new studies refute all of these assertions. The first examined the impact of 6 months of diet and exercise in a group of 76 postmenopausal women. By the conclusion of the study, a significant reduction in body weight (up to 7%) and fat mass (-11% to 15%) was achieved. The second trial followed 85 women, also postmenopausal, who engaged in an exercise program which included “high-intensity bone-specific exercises” over the course of 12 months. Bone mineral density was significantly improved in the lumbar spine. Finally, a just published Italian safety review determined that the popular, herbal menopause aid known as black cohosh is not harmful to the liver. Previous inquiries support this point of view and also make a case for the use of black cohosh when hormone replacement isn’t advisable.  (9,10,11,12,13)

Exercise May Halt the Neurodegenerative Process 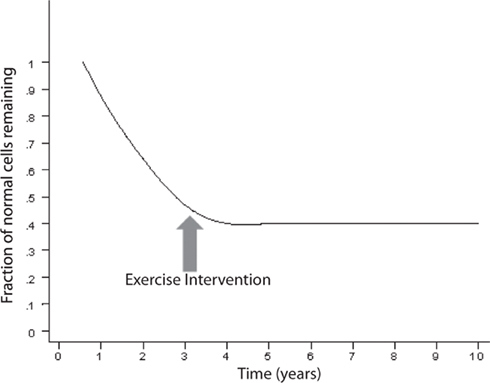 The next time you debate whether or not to have that extra cup of coffee, consider this: coffee may very well protect your brain from Alzheimer’s disease (AD) over the long term and support short term memory in acute situations. For starters, researchers from the Stanford University School of Medicine explain that a “caffeinated-herbal chewing gum” effectively improved memory in a series of tests used to asses cognitive functioning. But there’s more to coffee than just caffeine. Scientists from the USF/Byrd Alzheimer’s Institute in Tampa, Florida describe a still unidentified component of coffee that increases the amount of GCSF (granulocyte-colony stimulating factor) in animal models of AD. This is of vital importance because treating AD mice with GCSF counters the effects of the neurodegenerative disease. The finding lead the authors of the experiment to “conclude that coffee may be the best course of caffeine to protect against AD”. It could also partially explain why some research indicates that heavy coffee drinkers exhibit fewer brain lesions associated with cognitive impairment. (14,15,16)

Aging can be approached like any other obstacle or opportunity. In areas where you can reasonably exert positive influence such as adjusting your Vitamin D levels, exercising more and/or modifying your diet – by all means do so. Anything that improves your overall well being will likewise support a healthier aging process. But don’t forget the power you possess in your attitude toward aging as well. It is indeed possible to view aging as a precious gift that isn’t afforded to all. As the brilliant psychologist William James once said, “Man can alter his life by altering his thinking”.