A very useful concept to embrace is that there is a veritable pharmacy inside your head. Stocked on its shelves are healing substances that can be much more powerful and safer than anything a pharmacist can prescribe. What’s more, there’s no need to worry about ingesting potentially dangerous chemicals because every “drug” on supply is 100% natural and specific to your physiology. This fact is most clearly evidenced in double blind, placebo controlled experiments. In such studies, both patients and researchers are unaware of who is receiving the “real” medicine and who’s being given an inert substance or placebo. What inevitably happens, to a varying extent, is that a significant percentage of those given the inert substance demonstrate favorable effects. This so-called “placebo effect” is an example of the mind’s pharmacy at work. 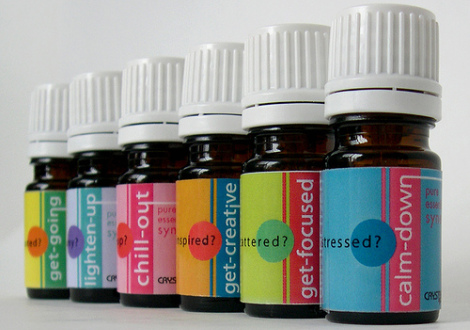 In the paradigm described above, the body can be reasonably viewed as a pharmacist’s assistant. Through physical activity the body can actively work with your brain to influence neurochemical production and beyond. Using aerobic exercise to manage depression is one illustration of this mechanism. However, even relatively passive physical modalities, including aromatherapy and massage, can ignite the healing process.

Mind Body Healer #1: Tai Chi – Excessive levels of oxidative stress are thought to contribute to many degenerative diseases that accompany the aging process. In order to counter this, a nutrient dense diet and select nutritional supplements are often recommended. Another approach worth considering is the gentle form of “moving meditation” known as Tai Chi (TC). A recent publication in the Journal of Aging Research discovered that an 8 week training course in TC significantly increased antioxidant capacity (glutathione peroxidase activity) and reduced plasma homocysteine, “a cardiovascular risk marker”. The participants in the trial were pre- and post-menopausal women. (1)

Mind Body Healer #2: Reiki – So called energy therapies, of which Reiki is one, are difficult to accept for many of us who are scientifically inclined. The idea that placing one’s hands over rather than on a person could support the proper flow of energy and healing is esoteric according to a Western model of medicine. Nonetheless, a study published in the current issue of the journal Evidence Based Complementary and Alternative Medicine offers proof that Reiki does, in fact, produce a mind/body effect. The controlled trial involving 40 university students living with anxiety and depression determined that those with higher anxiety and depressive symptoms “showed a progressive improvement in overall mood” due to Reiki exposure. Mood scores were taken pre and post intervention and at a 5 week follow up appointment. In the intervention, a total of six 30 minute Reiki sessions were administered over a 2 to 8 week period of time. (2)

Mind Body Healer #3: Massage – Endometriosis is characterized by an overgrowth of cells that line the uterus. One of the complications of this condition is dysmenorrhea or painful menstruation. According to researchers from the School of Nursing and Midwifery at Isfahan University of Medical Sciences, “Due to the repeated medical follow-ups and the side effects of medical therapies and endometriosis surgeries, many patients tend to use less expensive, nonmedical, and nonaggressive methods” as part of a self-care routine. Based on this reality, a pilot study was carried out to determine whether massage was a safe and suitable alternative for 23 women with endometriosis. Not only did the massage therapy reduce menstrual pain, but the benefits were maintained for at least 6 weeks after the completion of the trial. (3)

Mind Body Healer #4: Guided Imagery – Guided imagery (GI) in addition to standard rehabilitation promotes surgical healing. The basis for this proclamation is a study that examined the effects of GI in patients who underwent a common form of knee surgery known as post-anterior cruciate ligament repair (ACLR). A control group that received only standard care was used as a comparison model. Measures of knee function and strength were assessed 6 months post-operatively. The guided imagery group demonstrated greater gains in terms of knee laxity and “healing-related neurobiological factors” including levels of dopamine and noradrenaline. (4)

Mind Body Healer #5: Aromatherapy – My sister is an elementary school teacher. I know from her experience how stressful the job can be. A new Taiwanese study evaluated the effects of aromatherapy in 54 elementary school teachers. Bergamot, a citrus essential oil, was used as the therapeutic scent in this intervention. “Autonomic nervous system parameters”, blood pressure and heart rate were recorded just prior to the aromatherapy spray inhalation and 5 minutes afterwards. The results indicated decreases in blood pressure, heart rate and a positive shift in heart rate variability. Those with the highest baseline levels of anxiety benefited most. (5) 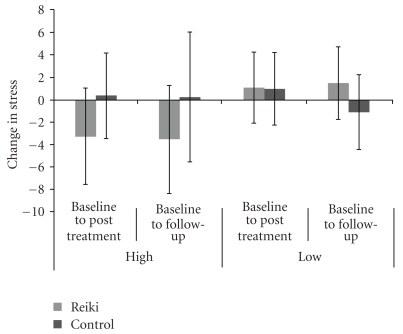 Mind/body therapies aren’t just for patients who have minor conditions with which to contend. Even those with serious psychiatric disorders may benefit from various complementary modalities, including acupuncture and music therapy. This possibility is being explored in earnest by researchers in both Asia and Europe. A just published pilot study conducted in the UK found that using acupuncture in addition to conventional schizophrenic care brought about a wide array of benefits, such as fewer side effects of medications, higher energy, improved sleep and an overall reduction in symptoms of schizophrenia. Another trial that included 24 hospitalized psychiatric patients determined that 11 days of music therapy (30 minutes/day) lead to a statistically relevant decline in the participants’ Beck Anxiety Inventory score, from 23.9 at baseline to 12.7 after the musical intervention. Positive changes in brain wave patterns, higher alpha EEG percentage and lower beta EEG percentage, were also noted. (6,7)

The above research may or may not directly relate to your life, but there are probably people out there that you’ll meet or already know who can benefit from it – that is, if you share it with them. We all have the innate capability to support healing in our own bodies. However, it doesn’t have to end there. You and I can also assist others to find better health and attain long lasting wellness, and we don’t need a doctorate to do so. The key is to instill the belief that self-healing is indeed possible. The power lies within us, it just needs to be accessed. Combine that understanding with the best of modern medicine and you’ll likely be a force to be reckoned with for many, many years to come.