This past Tuesday marked the official start of summer in the Northern Hemisphere, otherwise known as the summer solstice. Among other things, this means that you’ll likely encounter seemingly endless ads for sunblocks and sunscreens on billboards, magazines and television. The advisability of using sunscreen is a topic of debate due to questionable efficacy and ingredients and sunblock’s ability to reduce natural Vitamin D synthesis. This lack of consensus confuses many. But there’s also good that can come of it. Cosmetic companies are continually trying to find safer agents that genuinely protect against the photo-aging effects of UV radiation. In some instances, this journey leads them down a natural path. Herb and legume extracts ranging from Ginkgo biloba to soy isoflavones now commonly appear on the labels of topical formulas with additional sun protecting components. In fact, some of these “holistic” ingredients are often used as selling points in the aforementioned advertisements. But something you’re unlikely to find in most ads is any mention of the role that nutrition can play in keeping your skin safe from the sun. (1,2,3,4,5) 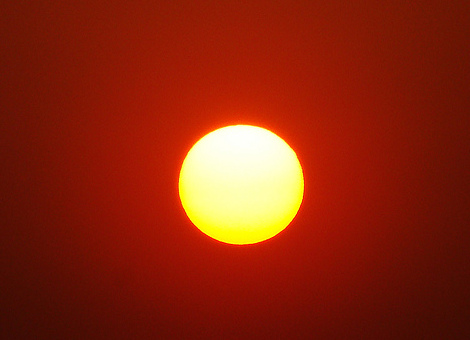 The health of your skin is largely a reflection of your overall well being. Genes certainly play a role as well. However, your genetic makeup has no more influence on skin appearance than on any other area of your body. Cardiovascular disease, diabetes and obesity are unlikely parallels in that they all carry genetic influences, but also respond remarkably well to natural interventions such as dietary changes, exercise, proper sleep and stress management. Your largest organ, the skin, is no different.

Increasing your consumption of omega-3 fatty acids is the first place to begin if you’re looking for internal photoprotection. Fatty acids found primarily in fish, DHA and EPA, reduce the inflammatory response to UV radiation and prevent the accompanying immunological suppression. What’s more, fish oil supplementation (4 grams/day) may shield skin from cancer on a genetic level. It’s less certain whether plant based omega-3s such as alpha-linoleic acid provide the same protective activity. My personal food of choice in the omega-3/skin department is wild salmon. It not only provides an excellent source of DHA and EPA, but also contains a powerful antioxidant known as astaxanthin which affords additional protection from phototoxicity. (6,7,8,9,10,11,12)

Astaxanthin belongs to a class of colorful phytochemicals called carotenoids, which form a sort natural sunscreen within the epidermis or outer layer of the skin. Of all the known carotenoids, lycopene appears to be the most abundant in the skin and the most protective against the damaging effects of UV radiation. Cooked tomato based foods are the best source of this red pigment which is documented as making the skin less sensitive to sun exposure. The conclusion of one study summarized the role of lycopene and other carotenoids thusly, “Dietary carotenoids contribute to life long protection against harmful UV radiation”. (13,14,15)

As far as beverages go, green tea tops the list of natural photoprotectants. The June 2011 issue of the Journal of Nutrition reports that supplementing with green tea polyphenols (GTP) at a dosage of 1,402 mg daily, experimentally reduces UV-induced erythema or reddening of the skin by 25%. Other “skin structural characteristics that were positively affected included elasticity, roughness, scaling, density and water homeostasis”. The authors of the study noted that a separate investigation using lower dosages of GTPs resulted in improved blood flow or microcirculation to the skin. Green tea intake appears to exert many of its dermatological benefits via antioxidant and anti-inflammatory mechanisms. Another positive attribute of green tea extract is that it intercedes with the skin cancer development process by countering photoimmunosuppression and promotes the repair of DNA. (13,14,15,16,17)

If green tea isn’t your “cup of tea”, perhaps you should consider a glass of malbec, pinot noir or syrah. Preliminary data suggests that red wine consumption may prolong the amount of time you can spend in the sun before you “burn”. A German study from January 2009 reports that applying wine topically in the form of “wine baths” is infective as a guard against UVB damage. However, drinking red wine containing high levels of natural polyphenols allowed a significant degree of UV protection as indicated by a skin reaction test known as the “minimal erythema dose” or MED. Animal and in-vitro trials tend to support the only human study I just referenced. Some researchers believe that two antioxidants present in red wine, myricetin and resveratrol, are key to the chemopreventive and photoprotective properties hinted at in the scientific literature.  (18,19,20,21,22) 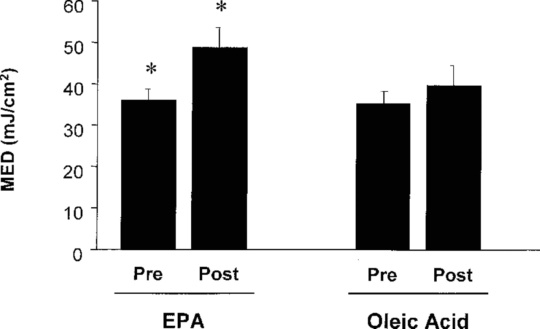 My last suggestion may seem too good to be true, but it’s not. Eating a daily serving of non-alkaline or non-Dutched dark chocolate not only shields the skin from the damaging effects of UV rays, but also increases blood flow and oxygen saturation. The results of these changes include an improvement in skin hydration and thickness. A decline in skin roughness and scaling were also detected in one 12 week study. In order to derive these benefits and more, opt for truly dark chocolate with a cocoa content of at least 70%. Two of the trials I reviewed utilized a cocoa product containing 329 mg of flavanols per serving. This can be approximated by making a strong cup of homemade hot chocolate using pure, organic cocoa powder. At home I add three heaping tablespoons of cocoa in a mug and sprinkle in a little organic cinnamon, sea salt and stevia. Add hot water, milk or cream, stir and enjoy. (23,24,25)

In all honesty, I haven’t used a sunscreen or block in many years, although I have naturally fair skin, I simply don’t burn like I used to. It doesn’t matter where we travel or how much time I spend outdoors. My ardent belief is that my nutrient rich diet and individualized supplementation are the reasons for this welcome change. This is not to say that I sunbathe frequently or go out of my way to exercise outside during peak times of the day. I’m also not recommending that everyone follow my lead in avoiding sunscreen. This is a personal decision that ought to be made in conjunction with your health care team. But regardless of what you decide with regard to topical skin care, you’d do well to harness the power of antioxidant and omega-3 rich foods as part of a comprehensive approach to skin care during the summer months and beyond.