Free HIV testing is being offered throughout the United States today in commemoration of National HIV Testing Day. AIDS and HIV aren’t in the news as often as they used to be, but they’re still highly relevant health threats that directly affect an estimated 30,000,000 or more people worldwide. New data presented by the Centers for Disease Control and Prevention offers another stark reminder that AIDS and HIV are pressing issues that require ongoing attention. According to figures collected between October 2007 to September 2010, a total of 2,786,730 HIV tests were funded by the US government. Of those, 29,503 tests confirmed HIV+ results. A startling 62% of those who tested positive were completely unaware they had the illness. Other statistics indicate that up to 40% of those with HIV aren’t diagnosed at all until the virus has progressed to AIDS – a process which can take upwards of 10 years. This is a tragedy that must end and is within our grasp. (1,2,3) 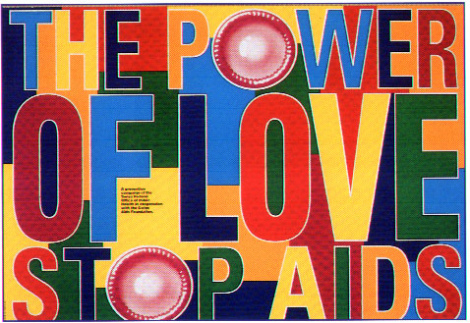 There is good reason for hope in the field of integrative HIV health care. Modalities including diet, exercise, mind/body therapies and nutritional supplements have slowly, but surely, made their way into the progressive management of the human immunodeficiency virus.

It’s long been known that certain conventional HIV treatments such as antiretroviral therapy can negatively impact Vitamin D or 25(OH)D levels. What’s become clearer over the past few years is just how important a deficiency of D is in those living with this virus. The preliminary data is truly remarkable. Studies in prestigious medical journals including AIDS and PLoS One indicate that adequate to optimal Vitamin D status dramatically reduces “AIDS events” (-42%), all-cause mortality (-32%) and severe anemia (-46%). In addition, those in the highest vitamin D quintiles are afforded protection against the progression of HIV to AIDS. It is for this reason that the non-profit Vitamin D Council advises maintaining 25(OH)D levels at a minimum of 40 ng/mL. (4,5,6,7,8)

Part of the danger associated with HIV is the presence of various comorbidities including cardiovascular disease, diabetes and a combination of risk factors for both known as metabolic syndrome. Once again Vitamin D comes to the rescue. Current research suggests that higher concentrations of 25(OH)D are “positively associated with improved immune restoration after antiretroviral therapy and negatively associated with CCA IMT” or carotid intima-media thickness, an indicator of heart disease. Inadequate D levels have likewise been linked to excessive insulin output and type 2 diabetes occurrence. (9,10,11,12,13)

Yet another pitfall for those receiving HIV treatment is bone loss. Ensuring adequate Vitamin D via blood tests and supplementation, when indicated, can help offset this often reported decline in bone mineral density. While all HIV patients ought to be tested for 25(OH)D, those undergoing highly active antiretroviral therapy or HAART should be especially aware of potential deficiencies. In a recent examination, the rate of hypovitaminosis D was more than double in those treated with HAART as compared to untreated HIV patients. (14,15,16)

Mindfulness based stress reduction, a program that teaches awareness via gentle exercise, meditation and tailored instruction, has demonstrated very promising results in various populations with HIV and AIDS. The benefits noted in the scientific literature range from healthier immune status (a positive shift in CD4 counts, increased activity and number of natural killer cells) to psychological measures of quality of life (“higher positive affect”, improvements in academic performance, lowered hostility, a “reduction in avoidance”, depression and stress). This mind/body approach is well very suited to most treatment protocols in that there is little risk of interaction with commonly prescribed treatments. (17,18,19,20,21)

The intestinal mucosal immune system is a prime destination for the human immunodeficiency virus type 1. HIV-1 leads to a depletion of vital immune cells and the deterioration of the intestinal lining. Prebiotics and probiotic have long been considered natural agents that may restore a healthier balance of bacteria under these circumstances. A recent Italian study investigated the effects of two different dosages of prebiotic blends in 57 HAART-naive HIV patients. Over the course of 12 weeks, the participants were given either 15 or 30 grams of a “unique oligosaccharide mixture” or a placebo. Before and after assessments of gut microbiota and immune function were measured. The results revealed that prebiotic supplementation: a) increased the level of beneficial bacteria (bifidobacteria); b) reduced populations of pathogenic microbes (Clostridium coccoides/Eubacterium rectale cluster and C. lituseburense/C. histolyticum); c) supported immunological function as evidenced by increased natural killer cell activity and a reduction of sCD14, CD4(+) T-cell activation. (22,23,24)

Any comprehensive treatment protocol for HIV ought to take diet and food selection into account. A study appearing in the December 2009 edition of the American Journal of Clinical Nutrition offers some insight into exactly what foods may best support the overall health of those with HIV. The trial itself employed a specialized menu that was high in fiber (≥40 g/day) and omega-3 fatty acids (3 grams/day), but relatively low in total fat (25%). The nutrition plan also encouraged the avoidance of “simple sugars and carbohydrate foods low in fiber”. Additional fish oil supplements were also added to the mix at a dosage of 3 grams/day or 6 grams total/day from food and supplements. The findings of this unique intervention indicate that this combination of diet and fish oil “dramatically reduced serum triglycerides, decreased arachidonic acid in the phospholipids fraction, and appeared to decrease the de novo lipogenesis associated with metabolic syndrome”. Other trials involving fish oil interventions support the value of diets rich in marine-based, omega 3 fatty acids to protect against increased cardiovascular risk associated with HIV. (25,26,27) 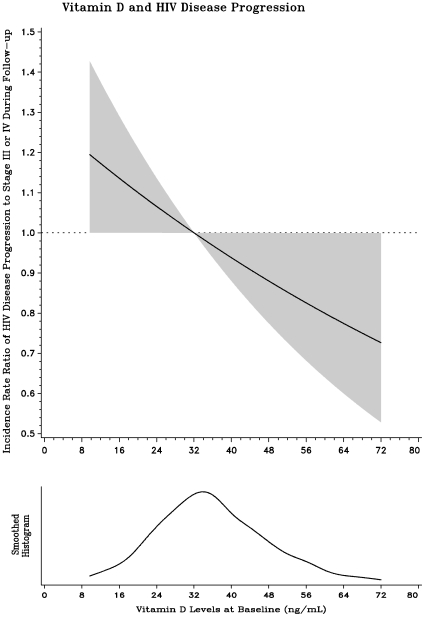 Maintaining emotional and physical strength is an essential component of thriving over the long term in HIV patients. Recent studies in old and young alike make it perfectly clear that both aerobic and resistance exercises can safely increase strength and well being in adults with HIV. Exercise not only improves mood, but also addresses some of the previously mentioned risk factors such as elevated lipids and high fasting blood sugar. However, finding the right balance of physical activity is paramount. According to one recent trial, a blend of 30 minutes of moderate-intensity, aerobic training followed by 30 minutes of moderate-intensity, resistance training may be a good starting point. This specific formula resulted in a 135% increase in human growth hormone (anabolic/muscle building) and a 34% reduction in cortisol (catabolic/promoting muscle breakdown) in a group of untrained, HIV-infected men. (28,29,30)

In closing I want to offer a word of caution: Not all alternative or complementary therapies are created equal. Every option presented today is generally considered safe, but should be discussed and evaluated with your health care team. Please note that unwelcome interactions between select natural remedies (ex. echinacea, garlic, St. John’s wort, etc.) and standard care are indeed possible. In fact, every so often rare examples of this appear in reputable medical journals, and they should not be disregarded. Potential conflicts can be avoided by seeking out evidence-based information and confirming the suitability of any alternative remedy with physicians who are on the cutting edge of medicine and wellness promotion. (31,32,33,34,35)