If you’re a chocolate lover, you’ll almost certainly relate to this scenario. Diet or no diet, there comes a time in every chocoholic’s life when they throw caution to the wind and succumb to the powerful temptation of a rich, decadent brownie or two. In the eyes of cocoa devotees, brownies are everywhere. You’ll see them in bakeries, mail order catalogs and even health food stores. And sadly, denial and willpower only take you so far. In those instances where a brownie simply cannot be denied, consider making this healthy reinvention that you can truly feel good about enjoying. 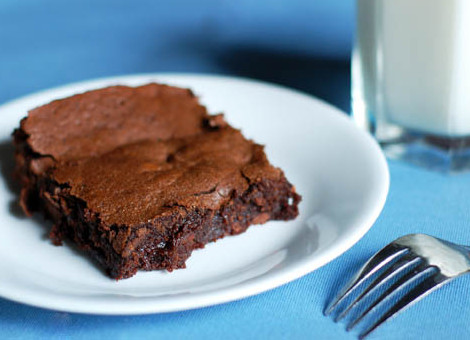 This brownie recipe doesn’t taste like a stereotypical health food brownie. You’d never know that it’s dairy free, gluten free and low in carbohydrates. That’s part of the fun of making this type of treat. You can share it with the people you care about and later inform them that they unknowingly ate something that was actually nutritious. This even works with kids. Or, you can keep it your own little secret.

In order to transform a conventional, refined grain and sugar laden brownie into something genuinely health promoting, you’ll need to swap out several ingredients. Start by ditching the wheat flour in favor of almond  meal. Instead of using a milk chocolate base, opt for non-alkalized, organic cocoa powder. Next, skip the butter by using full fat, organic coconut milk. Finally, employ an all natural sugar substitute in place of caloric sweeteners such as agave syrup, evaporated cane sugar and honey.

Unrefined cocoa provides an excellent source of antioxidants, dietary fiber and magnesium. Study after study indicates that this form of dark chocolate supports a healthy cardiovascular system via improvements in circulation, inflammation, lipid levels and oxidative stress status. But, the key to accessing these health benefits is to select cocoa products that haven’t been “mellowed” using a process known as alkalinization or Dutching. Valuable antioxidants including catechins and procyanidins are lost during this common processing technique. Be sure to check labels before buying your cocoa ingredients. (1,2,3)

The rationale for replacing butter or cream with organic coconut milk is found squarely in the scientific literature. Recent studies reveal that coconut milk and oil may: a) elevate HDL (“good”) cholesterol and reduce waist circumference in women; b) lower oxidative stress in the energy producing portion of heart cells or mitochondria; c) offer protection against liver and ulcer damage in experimental animal models. (4,5,6,7,8)

Nutritional Content: Calories: 110. Protein: 4 grams. Fat: 9 grams. Fiber: 2 grams. “Net” Carbohydrates: 3 grams. Based on a serving size of one brownie. There are 16 brownies per batch.

Preheat oven to 350ºF. Sift the dry ingredients (almond flour, baking soda, cocoa and coffee powder, sea salt and stevia) into a large bowl. Stir well before adding the wet components (apple cider vinegar, coconut milk, eggs and vanilla). Use an electric mixer to blend the ingredients until completely smooth. Grease a 9″ x 9″ pan. Pour the batter into the pan. Sprinkle the chocolate chips evenly on top of the brownie batter. Bake for about 30 to 35 minutes. Start checking for doneness at the 25 minute mark. I always use a wooden toothpick as a guide – poke it in the center of the brownie pan, if it comes out reasonably clean it’s time to take the pan out of the oven. We like our brownies a little “gooey”. I suggest refrigerating any leftovers you may have. 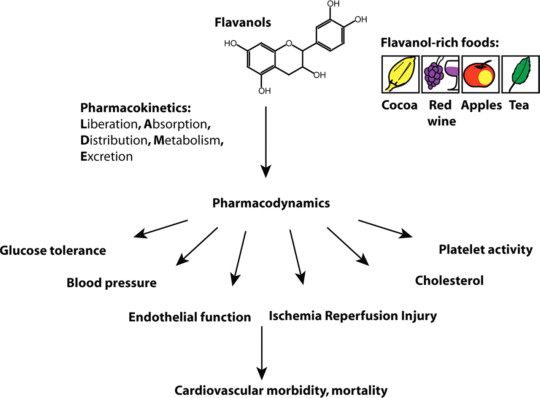 In reality, you could successfully use many varieties of nut “flours” in this recipe. But, in the spirit of trying to put together the heart healthiest treat possible, I decided on almond meal in particular. Almonds are a veritable powerhouse of cardioprotective substances. They’re abundant reservoirs of arginine (an amino acid), essential nutrients (calcium, copper, magnesium, potassium and Vitamin E), and also provide a fair share of plant based protein. In addition, almonds possess a class of compounds known as phytosterols, which naturally lower LDL (“bad”) cholesterol. A just published trial examined the cholesterol lowering effects of three natural agents: almonds, extra virgin olive oil (EVOO) and walnuts in a group of 18 hypercholesterolemic patients. All three demonstrated some degree of benefit, but almonds outshined its two competitors. Eating almonds over a 4 week period lead to a decline in LDL cholesterol of 13.4% compared to 10.8% for walnuts and 7.3% for EVOO. Another advantage of using almond flour in deserts is that it blunts post-consumption blood sugar spikes. (9,10,11)

Everything I’ve written up to this point is for naught if the brownies don’t taste good. Bar none, I think these brownies taste great. As some of you may already know, Mrs. Healthy Fellow isn’t a big fan of most stevia sweetened products and recipes. Having said that, she LOVED these brownies, stevia and all. I’ve been keeping count in the refrigerator! Another point of note is that I tested my blood sugar before and after eating a few of these brownies. My starting blood sugar was 83 mg/dL. After 30 minutes, my blood sugar was 84 mg/dL. At the one hour mark, it chimed in at only 87 mg/dL. These are fantastic figures and offer proof positive that delicious desserts can, in fact, be recreated in ways that promote wellness rather than detract from it.