In the field of natural medicine, interactions are most often associated with a potentially harmful interplay between dietary supplements and prescription medications. This is a reasonable concern that is taken seriously by both alternative and conventionally trained medical professionals. But there’s more to the interaction story than just drug/food, drug/herbal and drug/nutrient conflicts. Even the most health promoting foods and supplements are capable of presenting contra-indications under certain circumstances. 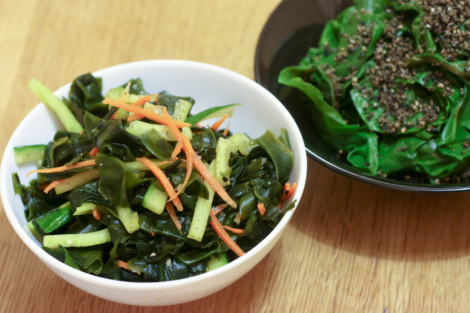 If you go to your local supermarket and peruse the refrigerated section, you’ll likely find products that feature a class of naturally occurring chemicals known as phytosterols. Everything from fruit juice to yogurt is now being fortified with these plant-based compounds that have been scientifically proven to lower LDL (“bad”) cholesterol. Phytosterols are similar in structure to cholesterol and therefore partially inhibit the absorption of cholesterol from dietary sources. For the vast majority of consumers, phytosterols are considered a reasonably effective and safe adjunct to dietary and prescribed lipid lowering regimens. There are two primary caveats to this general endorsement. A very small percentage of people have a genetic condition referred to as phytosterolemia in which plant sterols make their way into the bloodstream and actually contribute to cardiovascular disease. For the vast majority of sterol-users, my predominant concern has to do with a growing body of evidence that these food additives interfere with the absorption of fat soluble nutrients. (1,2,3)

Researchers have known for quite some time that the absorption of carotenoids (alpha and beta carotene, lycopene) and select nutrients (Vitamins A and E) is adversely affected by concomitant administration of phytosterol enriched foods or supplements. Now, new animal research presented in the June 2011 issue of Molecular Nutrition and Food Research reports that phytosterols may lower Vitamin D3 bioavailability by up to 15 fold. While preliminary, this data suggests that those supplementing with Vitamin D ought to do so apart from meals containing added plant sterols. (4,5,6)

Over the past few decades, a debate has raged on between anti and pro soy advocates. At the crux of this scientific scuffle is the relative impact of soy consumption in relation to cancer risk. Breast cancer and prostate cancer have received the lion’s share of attention in this arena because their development and spread is partially dictated by sex hormones. Soy is an abundant source of phyto or plant estrogens and has, therefore, been under significant scrutiny.

Current research presented in the journal Nutrition and Cancer appears to clarify some of the mysteries about soy. In the double blind, placebo controlled study, 30 postmenopausal women were asked to ingest a daily serving of soy protein powder. Half of the participants was also given a placebo and the remainder a 5 gram/day serving of a seaweed extract (Alaria esculenta) over the course of 7 weeks. Before and after blood samples reveal that the soy plus placebo group exhibited significant increases in an anabolic hormone known as IGF-1 or insulin-like growth factor 1 that is believed to increase breast cancer risk. Interestingly, the addition of seaweed to the soy supplementation blunted the IGF-1 increase by 40%. In traditional Asian cultures, seaweed and soy are commonly a regular part of the diet. This new study and previous investigations suggest that including seaweed in one’s diet may also “favorably alter estrogen and phytoestrogen metabolism”. More research is certainly called for but, in the meantime, it seems that including a moderate amount of seaweed may improve the safety profile of soy. One note of caution, some seaweed can be very high in iodine and, in rare instances, may lead to thyroid dysfunction. The variety of seaweed used in the previously mentioned studies contributed approximately 475 mcg of iodine/day. (7,8,9,10,11)

Men should also be aware that IGF-1 is believed to play an important role in prostate cancer (PC). Soy has demonstrated considerable promise with respect to PC prevention and treatment by inhibiting cancer cell proliferation and spread. What’s more, soy isoflavones may very well sensitize PC cells to the therapeutic effects of radiotherapy while simultaneously protecting the surrounding healthy tissue. Thus far, it has not been determined whether the addition of seaweed would provide further benefit in men. (12,13,14)

Phytosterols Reduce the Absorption of Fat Soluble Antioxidants and Nutrients 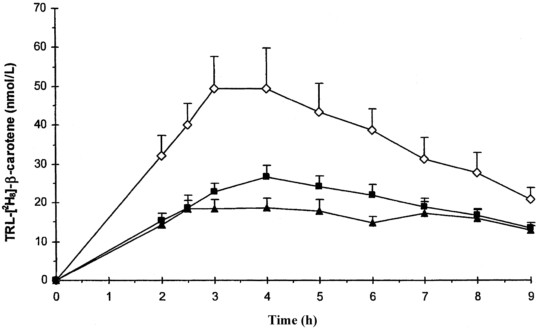 Fish oil and phosphatidylserine (PS) are two nutritional supplements that are currently being evaluated in relation to age related memory loss. Up to this point, the data on fish and fish oil is largely considered encouraging, but somewhat inconsistent. Studies on phosphatidylserine, a phospholipid typically derived from bovine brain or soy, have likewise piqued the attention of many neurologists. But, in general, a call for more research on its efficacy and safety has been sounded. This overall uncertainly has been heralded as a call for action by a small group of Israeli researchers. In essence, they decided to create and examine the effects of an experimental drug/supplement that combines fish oil with phosphatidylserine. Several peer-reviewed publications from 2010 and 2011 reveal that this combination of soy based PS and omega-3 long chain polyunsaturated fatty acids (fish oil): a) increased the ability to recall words by 42% in a group of elderly patients with “subjective memory complaints”; b) improved delayed and immediate verbal recall and learning abilities in “non-demented elderly” test subjects; c) was deemed as safe and well tolerated at varying dosages (100 – 300 mg/day) in an open label trial lasting 30 weeks. (15,16,17,18,19)

While preparing today’s column, I looked over the labels of numerous products containing phytosterols. None of the drinks, pills and spreads suggested taking nutritional supplements apart from them. Likewise, most of the critiques I’ve read about soy tend to recommend its liberal consumption or wholehearted avoidance. Very few so-called authorities recommend ensuring adequate iodine along with soy in order to allow for the best of both worlds. And while some are aware of the individual merits of fish oil and phosphatidylserine, few have yet to discover the synergistic potential. So, if you didn’t already know this information, now is your chance to help me spread the word. It’s important that we all understand that interactions involving natural or synthetic substances come in every conceivable form. Some are advantageous, others are dangerous. The good news is that by being aware of both the negative and positive interactions, they can all be used to promote better health.