What we choose to focus on, whether consciously or subconsciously, has a dramatic influence on our perceived quality of life. I’m frequently reminded of this truism when discussing diet and lifestyle considerations with clients, family and friends. From an evidence-based standpoint, certain activities and foods tend to promote health while others detract from it. In order to help someone achieve greater wellness, items need to be added to the “health promoting” column and subtracted from the “health risk” side. When I explain this straightforward concept, some view my recommended changes as difficult or restrictive. Others see the upside of my proposition: they can eat many foods they previously thought of as forbidden and they’ll feel much better for it. The information I share and the suggestions I make are the same. However, the way they’re interpreted makes all the difference in the world. 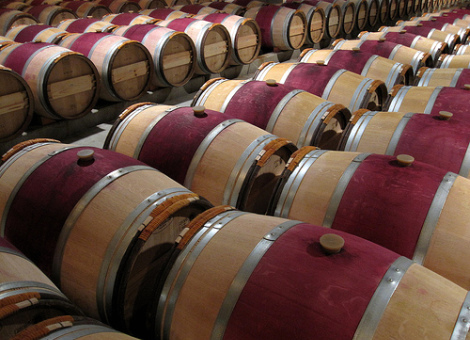 I have a glass of biodynamic or organic red wine almost on a daily basis. Some of my colleagues in the alternative and complementary medical community believe that I’m harming myself by doing so. If you were to ask Dr. Barry Sears, Dr. Joseph Mercola or Dr. Wayne Dyer, they’d all tell you so. In general, those who are opposed to the use of alcohol will cite research showing that this naturally occurring compound can be harmful to the brain and liver. But red wine isn’t just any old form of alcohol.

An important concept to embrace when shifting to a more natural, whole food diet is that you can literally analyze any food to death. If I tried hard enough, I could provide information that would make you question whether the healthiest of foods, think broccoli, raspberries and spinach, should be regular components of your diet. Yes, it is possible to over think your diet. Red wine provides a perfect illustration of this principle.

Before I go on, I want to make it clear that I’m not suggesting that non-wine drinkers go down to their local liquor store and stock up on cases of Cabernet Sauvignon or Merlot. Wine is not an essential part of any healthy diet. And clearly there are cases in which any form of alcohol is contraindicated due to addiction or medical interactions. Rather, the following information is simply intended to illustrate that a moderate intake of red wine can be health promoting for a significant percentage of the adult population at large.

Good News Item #1 – A recent study evaluated the effects of drinking red wine containing 40 grams of alcohol: a) on an empty stomach – after a 6 hour fast; b) 45 minutes after eating a meal. Blood sugar and insulin levels were subsequently measured over a 135 minute period after ingesting the red wine. In the fasting experiment, a group of 20 nondiabetic young men, exhibited a decrease in insulin and no change in blood sugar. In the post-meal experiment, no change was noted in insulin, but there was a significant decline in blood sugar levels. The latter finding, which has greater use in a real world setting, indicates that including red wine with meals may moderate unhealthy post-meal blood sugar spikes. (1)

Good News Item #2 – An occasional glass of red wine may provide some health advantages, such as those described above. However, the February 2011 issue of The American Journal of Hypertension reports that longer term intake of red wine may be necessary to derive some of its renowned cardiovascular benefits. A study involving 18 healthy young women determined that red wine did not improve blood flow after one glass. But drinking one glass of red wine daily over a 3 week period did, in fact, produce a “change in smooth muscle sensitivity” which was reflected in the participants forearm blood flow response. (2)

Good News Item #3 – Proof positive that not all alcohol is created equal can be found in an analysis of the recent North Carolina Colon Cancer Study. In it, a total of 1,033 patients with colorectal cancer and 1,011 control patients were used to examine the relationship between alcohol consumption and colorectal malignancies. The results state, “In this study, moderate alcohol (especially wine) was inversely associated with distal colorectal cancer”. The reduction in risk (odds ratio) was deemed approximately 31% in the wine users. (3)

Good News Item #4 – Age related bone loss isn’t just a concern for older women. Senior men are also at risk for fractures, osteopenia and osteoporosis. The April 2011 edition of the European Journal of Clinical Nutrition reveals that red wine may help to retain bone density in aging males. Several important details emerged from this review that included 862 senior men and women: a) red wine consumption was associated with greater lumbar spine density in men; b) hard liquor or “spirits” were linked to poorer bone density in the same lumbar region; c) alcohol use of any kind was not connected to the likelihood of falls and fractures. It’s interesting to note that wine did not affect bone density in women, but beer consumption did. The relationship between beer phytochemicals and female bone health was previously covered in a column I wrote entitled, Beer and Menopause. (4)

Good News Item #5 – It’s becoming more and more clear that cholesterol levels alone aren’t a primary risk factor for heart disease. However, oxidized cholesterol obtained from dietary sources is largely believed to contribute to atherosclerotic lesions in arteries. A publication appearing in the February 2011 issue of the British Journal of Nutrition reports that having red wine along with a meal rich in oxidisable lipids (a double cheeseburger) offers protection against the absorption of these harmful substances. Drinking water with the same meal lead to an expected increase in two cholesterol oxidation products (7-β-hydroxycholesterol and 7-ketocholesterol) in 12 healthy adults taking part in the trial. This provides a profound basis to recommend a glass of red wine with meals of varying quality. (5)

Antioxidants in Red Wine May Protect the Brain In Numerous Ways 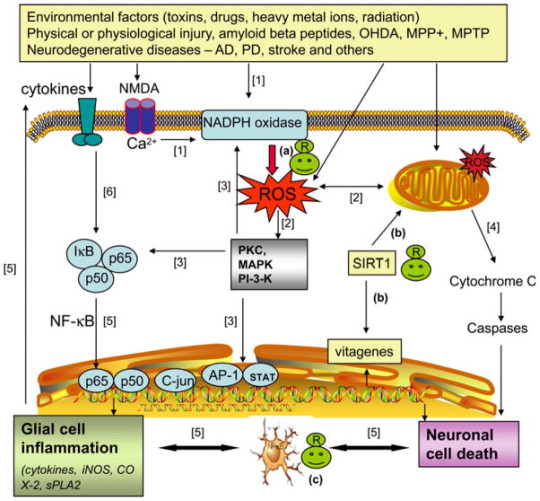 What do you if you’re given a cheap bottle of wine that isn’t to your liking? Before you throw it out or pawn it off on some unsuspecting colleague or neighbor, try using it as a marinade instead. The addition of red wine to beef and chicken marinades not only reduces the levels of potentially pathogenic bacteria, but also prevents oxidation/spoilage and reduces the levels of carcinogenic substances (heterocyclic aromatic amines) created during the cooking process. What’s more, it may taste a whole lot better as a marinade than by the glass. (6,7,8)

In order to derive the greatest benefits from red wine, opt for dry varieties including Malbecs, Pinot Noirs or Syrahs. Avoid sweet reds such as port wine. The latter do not possess the same antioxidant activity (as dry wines) even though they contain similar levels of phytochemicals. Also, make sure to include plenty of omega 3 fats in your diet. Red wine appears to work synergistically with fish to dramatically increase plasma levels of omega 3 fatty acids. Finally, I always try to find biodynamic or organic red wines. Organic grapes have been found to contain higher levels of polyphenols and resveratrol, both of which are intrinsically tied to many of the healthful properties ascribed to red wine. Cheers! (9,10,11,12,13)