Every year when Father’s Day rolls around, all the “kids” in our family struggle to find a group gift that Mr. Healthy Fellow Sr. would genuinely enjoy. Why is this so challenging? Well, he’s made it clear that he doesn’t much care for having “more stuff”. So all of his adult children and grandchildren usually try to come up with an experience instead, whether a special meal at a 5 star restaurant, a mini-vacation or tickets to a spectacular concert or play. This past year we went out on a limb and bought him some stuff that was also an experience. 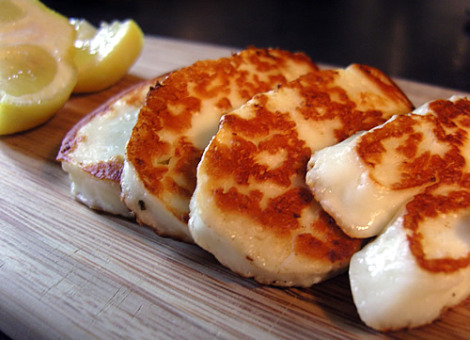 First a little background about my folks. They only have a small backyard garden but it’s bursting with fresh fruits, herbs and vegetables. It’s hard to believe that such a bounty of fresh, organic produce emanates from such a limited amount of space. But, it does. In fact, it’s quite common for Dad and Mom to give away a fair share of their gardening yield so that it doesn’t go to waste. And, let me tell you, my parents eat a lot of fruits and veggies by themselves!

Our idea for Father’s Day 2011 was to get Dad a small gas grill that he could use to cook some of his fresh vegetables and beyond. For one thing, Papa Healthy Fellow loves new gadgets. Another benefit is that it would help relieve Mom of some of the cooking responsibilities. Last, but not least, it would allow for an enjoyable family experience on Father’s Day and other occasions when we come to visit. Pretty much all of our family enjoys cooking and living in Southern California affords the perfect climate to grill to our hearts’ content.

Chicken, hamburgers, hot dogs and steaks take up the majority of space on grills through the United States. This is all well and good. I thoroughly enjoy all of those options and many others including bison, fish and lamb. But in our family, one thing we love is surrounding these delicious, high protein foods with fresh, non-starchy vegetables. This allows for meals that contain a healthier balance of dietary fiber, essential fats and a plethora of disease fighting phytochemicals.

The menu we served on Father’s Day included the following veggies: asparagus, eggplant, onions, red bell pepper and zucchini. All of these low glycemic vegetables are extraordinarily simple to prepare. Just paint on a thin coat of extra virgin olive oil and sprinkle some black pepper and sea salt to your liking. We generally opt to cook them on a relatively low flame as they cook quickly and can burn at higher heat. On this special occasion we also cooked up a surprise co-star – halloumi cheese. But, more about that later.

Three of the vegetables we selected – eggplants, onions and red bell peppers – contain some rather unique, health promoting properties. The wonderful, but little known, reality about many fresh fruits and vegetables is that they often possess hidden benefits that most of us take for granted when simply enjoying their flavor.

Organic Eggplants – Purple eggplants contain certain non-nutritive, antioxidants including flavonoids and phenols that may help to protect the liver from dietary and environmental toxicity. What’s more, cooking or “thermally treating” eggplants actually increases the biological activity of the antioxidant compounds contained therein. The reason I suggest using organic varieties when possible is because some evidence indicates that organically grown eggplants have higher levels of beneficial minerals and phytochemicals than their conventionally grown counterparts. (1,2,3)

Red or Yellow Onions – Adding onions to your meals does more than contribute crunch and flavor. Recent studies conducted in India reveal that onions assist the body in the absorption of essential minerals (iron and zinc) from common foods such as whole grains and health promoting phytochemicals (epigallocatechin gallate or EGCG), including those found in green tea. Another intriguing fact about frequent onion consumption is that it may very well support bone health in perimenopausal and postmenopausal women. The observed affect appears rather significant: 5% greater bone density in frequent onion eaters and a 20% reduced risk of hip fractures. Onions are one vegetable that can be purchased in a conventional form. They’re the least exposed to pesticides and there doesn’t appear to be a significant difference in composition between conventionally and organically grown varieties. (4,5,6,7,8)

Organic Red Bell Peppers – Did you know that a medium sized red bell pepper contains about 75% of the RDA for pro-Vitamin A and over 250% of the daily requirement of Vitamin C? When you’re staring down bell peppers of all different colors – green, orange, red or yellow – I suggest you pick the red one. The ripening process which transitions a green bell pepper into a red one also cultivates much higher levels of nutrients, such as folate and Vitamin C, and potent antioxidants including apigenin, luteolin, quercetin and wide array of valuable pigments or carotenoids. Bar none, these are among the most antioxidant rich vegetables available. In fact, an analysis published in the November 2002 issue of the Journal of Agricultural Food Chemistry listed red bell peppers as having the “highest total antioxidant activity”, topping broccoli, carrots and even spinach. Here again, buying organic is important. Peppers are among the “10 Dirtiest Vegetables” in terms of the level of pesticide residue. (9,10,11,12,13) 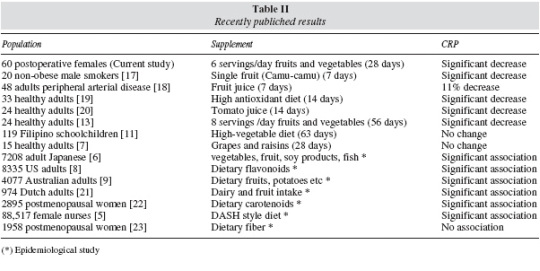 The fact that I’m on a low-carbohydrate diet doesn’t prevent me from eating copious amounts of non-starchy vegetables. A brief review of the glycemic load (GL) of the vegetables contained in our meal reveals the following: a) asparagus = GL of 1; b) eggplants = GL of 2; c) Onions = GL of 5; d) Red Bell Peppers = GL of 3; e) Zucchini = GL of 0. The glycemic load of any given food is an indicator of how much it is likely to raise your blood sugar levels. Any score of 10 or under is considered a “low glycemic load“. Vegetables that fall into this category can pretty much be eaten to your heart’s content, even if you’re on (most) carbohydrate restricted diets.

I’ve hardly mentioned much about the hidden star of our meal: halloumi cheese. Halloumi is a grilling cheese that’s popular in the Mediterranean and Middle East which can be made from cow, goat or sheep’s milk. For our celebratory meal, we marinated this firm cheese with a variety of fresh herbs a couple of days before grilling it. This infused some aromatic flavors to the otherwise mild taste. Halloumi cheese is special in that it has a high melting point and can be placed directly on the grill. The key is to serve it hot, with a bit of a char on both sides and slightly melted in the center. It’s a lovely and nutritious accompaniment to all of the vegetables mentioned here today and many more. You can even eat it as part of lighter, vegetarian meal by serving it exclusively with grilled vegetables and perhaps a glass of biodynamic red wine, organic iced tea or sugar free lemonade.

Update: I just uploaded a few photographs from our Father’s Day celebration (photo 1, photo 2, photo 3). I thought some of you might enjoy sharing the experience. On the grill, you’ll notice some fresh pineapple slices. I didn’t have any, but I heard they were delicious … and it’s certainly a healthier dessert option than most.