Many of the memories formed in childhood remain with us for decades to come. Some are profound like remembrances of formative times spent with family and friends. Others are simple, sensory experiences that take us back to a specific time and place. When I was a boy living in Hacienda Heights, California, one of the most popular treats on hot summer days was a fruit flavored, crushed iced drink available at local convenience stores. “ICEEs” or “Splurpees”, as they were called, sent your taste buds into the stratosphere with an abundance of artificial flavors and sugar. They also colored your tongue unnatural, but very cool, shades of blue, orange or red. As a child this was something rather special. It was a junk food treat that Moms across the nation would rarely endorse, but couldn’t quite keep their kids away from either. 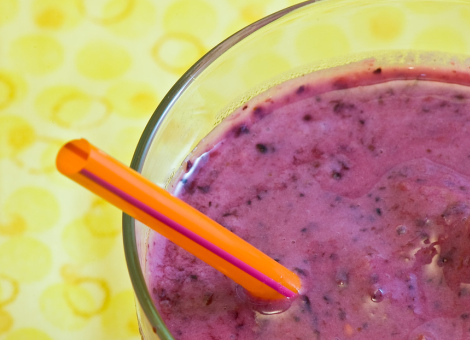 These days, I’m a grown up who happens to be a natural health advocate. Regrettably, I know far too much about what’s contained in such icy delights to indulge in them any longer. But that doesn’t mean there’s not a small child, somewhere deep inside of me, that still yearns for the innocent pleasure of enjoying a fruit flavored, frozen treat every now and then.

It should come as no surprise that sugar sweetened beverages are a major contributor to many of the health risks facing adult and youth populations alike. On the face of things, it’s well known that sugary drinks can’t possibly be good for common health threats including diabetes, obesity and tooth decay. But other not so obvious aspects of appearance and wellness, such as diseases of the eyes and skin aging, are also being promoted by excess consumption of refined carbohydrates. (1,2,3,4,5)

The great hope in aging is that some degree of wisdom will accompany our advancing years. To that end, I’m attempting to reinvent my previously mentioned food memory in a much healthier manner. The following version of a frozen, fruit drink is not only tasty, but also a bit more complex and certainly healthier for drinkers of all ages.

Brew four bags of organic green tea in 12 oz of purified water along with the peel of an organic lime. Steep for about one hour. Press and remove the tea bags and the lime peel. Store in the freezer for one hour. Pour the chilled green tea into a blender. Add the frozen berries, salt and stevia (to taste). Blend until smooth. 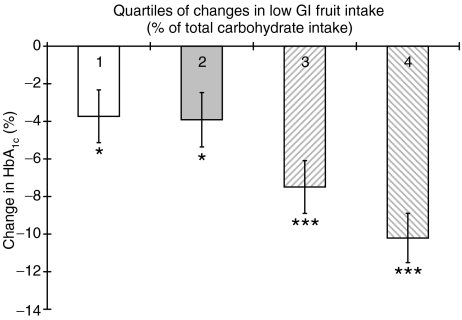 There are multiple, positive trade-offs to having this adult version of a slushie. Modern science tells us that components and extracts of berries and green tea:

Improve Oral Health – This feat is accomplished by decreasing the levels of cariogenic bacteria such as Streptococcus mutans in the oral cavity and reducing inflammation in gingival tissue. This non-dairy, fruit smoothie may even help combat the growth of “volatile sulfur compounds” that contribute to bad breath. (6,7,8)

Reduce the Risk of Diabetes and Metabolic Syndrome – Studies conducted in human subjects have actually reported a decline in long term blood sugar levels or HbA(1c), insulin resistance and waist circumference when select berry fractions and berries, such as bilberries (a form of blueberries) and/or green tea are consumed regularly. (9,10,11)

Shield Against Sun Damage to Eyes – Almost everyone wears sunglasses during the “dog days of summer”. Catechins and polyphenols contained in green tea and mixed berries provide an additional barrier against the damaging effects of ultraviolet radiation in sensitive areas of the eye including the retina. It is theorized that chronic use of antioxidant rich foods may protect against common eye concerns such as age-related macular degeneration. (12,13,14)

The remaining ingredients in my berry-citrus creation also have valuable attributes. Bioflavonoids found in lime peel possess antibacterial and antioxidant properties. In addition, they support blood vessel and capillary integrity and, thereby, prevent bruising. Who wants a bruise when you’re wearing a bikini? And, unlike sugar, stevia may actually minimize the risk of developing diabetes and related kidney damage according to several animal studies. It still provides the sweetness of sugar, but without the added calories and predictable rise in blood sugar and insulin production. For all of these reasons and more, this sweet, tart, berry treat may very well form new memories for me and you hopefully for the decades to come. (15,16,17,18,19)