Part of the reason why I make it a point to describe positive scientific studies is to offer hope. Buried within the statistics of clinical trials are dozens, hundreds and sometimes even thousands of individual success stories. But, I fear that’s often forgotten. The people who take part in the interventions I document are just like you and me. They have doubts about their ability to get healthier. They’re pressed for time. They may not even fully trust the people conducting the research in the first place! However, the one thing they accomplish, at least for the duration of the trial, is to act in pursuit of better health. 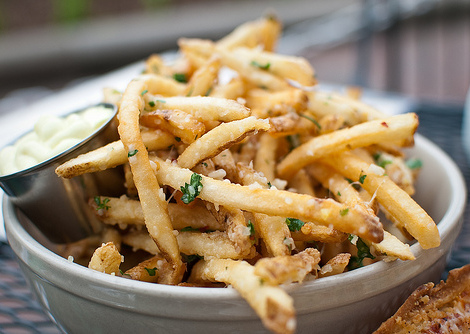 Mark Twain once said “Action speaks louder than words, but not nearly as often”. Today, I’m urging you to look over the success stories I’m about to present and use them to spur your own actions toward greater wellness. Select one or more of the proven actions in the following studies and apply them to your life. I’ll offer proof that these methods can, indeed, work. But only you can put them in motion. So set aside any negative imagery and prejudices about what you can and cannot do and simply allow the actions of others to inspire your way.

If you have heart disease or are considered at high risk for developing heart disease, be aware that you can change your circumstances dramatically by making some key dietary modifications. The July 2011 issue of the Journal of the American Medical Association reports that living a “low-risk, healthy lifestyle” can reduce the risk of sudden cardiac death by up to 92%. This claim is based on a study that followed 81,722 women over a 26 year period. Chief among the low-risk activities and foods are: a body mass index of 25 or less, exercising 30 minutes or more daily, high consumption of Mediterranean style foods including fish, fruits, legumes, nuts, vegetables and not smoking. Other recent publications support these findings and go on to praise diets rich in select foods including nuts, soybeans and wine which are described as associated with lower “all-cause mortality”. Part of the reason these specific dietary components are thought to counter cardiovascular risk is that they reduce uric acid (UA) levels. In the past, uric acid was primarily associated with gout incidence. However, current studies have drawn an association between higher UA and CHD (coronary heart disease) and kidney disease. (1,2,3,4,5)

Losing weight sometimes feels like a daunting task. This is especially so if you have a lot of weight to lose. If this is your situation, as it once was mine, it’s important to affirm that even small changes can make a big difference in your appearance and health. One of the largest examinations of which foods tend to promote weight gain and loss over the long term was recently published in The New England Journal of Medicine. Researchers from Harvard University identified certain foods in each category that you can use to achieve a healthier weight:

This may seem obvious. But, see what happens if you decide, right here and now, that you’ll avoid the top three foods on the “weight gain” list and increase your consumption of the foods that were inversely associated with weight gain. Additional reasons for optimism in the weight loss arena include: 1) a trial that found that adopting a Mediterranean diet for 25 weeks lead to a significant decline in body mass index (-12.4%), body weight (-8.3%), fasting blood sugar (-9.2%), fasting insulin (-32.6%) and systemic inflammation as assessed by C-Reactive Protein levels (-34%); 2) adding olive oil to the diets of overweight adolescents decreased the likelihood of weight gain over a 13 month period and “could reduce the risk of obesity in childhood”; 3) including fermented and/or probiotic rich foods such as kimchi (cabbage) may decrease blood pressure, body fat and cholesterol levels in obese patients that regularly eat this Korean delicacy. (6,7,8,9,10)

Regular Nut Consumption May Lower “All Cause Mortality” 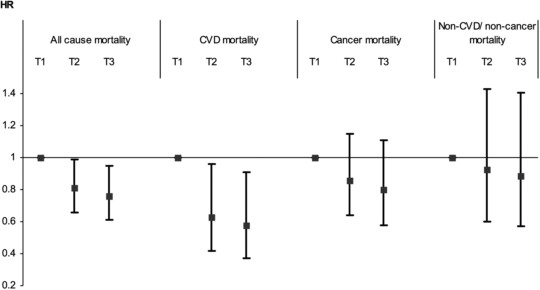 It’s estimated that approximately 1.9 million new cases of diabetes will be diagnosed in the US this year alone. If you or someone you know receives a diagnosis of type 2 diabetes, take it as a call to action. This month’s issue of the The Lancet, a British journal, reports that an intensive “diet plus activity” program improved long term blood sugar control or HbA(1c) to a greater extent than “usual care” or diet alone in three groups of newly diagnosed diabetics. The combination of diet and exercise also resulted in a loss of body weight and a sensitizing affect on insulin as compared to the control/usual care group. When considering dietary changes to support healthier blood sugar, keep in mind these additional findings presented in recent editions of the Journal of the American College of Nutrition and Diabetes Care. According to these prestigious publications, emphasizing a diet that is high in fiber, low on the glycemic index and substituting carbohydrate foods with nuts are health promoting steps to take for those with diabetes and pre-diabetes or metabolic syndrome. (11,12,13)

In closing, I want to mention one more simple technique anyone can use to address all of the health risks I mentioned in today’s column. Simply adding more culinary herbs and spices to your cooking has been scientifically shown to increase antioxidant activity in the body, balance blood sugar and normalize insulin production and lower elevated cholesterol and triglyceride concentrations. I’m talking about fairly common seasonings such as garlic, ginger and turmeric. This just goes to show that simple steps in the right direction do not have to be difficult or overwhelming. But behind every action and inactivity is a belief. Ralph Waldo Emerson, one of my favorite writers of all time, described action thusly: “The ancestor of every action is a thought”. It doesn’t require a major leap to accept the notion that you can add some spices to meals or replace nuts for refined carbohydrates. However, every time you accomplish even a small feat such as this, it reinforces your ability to change for the better. That, in turn, gives thought to more actions and goals that are also within reach. (14,15,16)