I’m always on the lookout for “new” foods that I can add to my diet to keep things interesting. If these culinary additions happen to be delicious and nutrient dense, all the better. Sweet potato leaves are an excellent candidate that I’m planning to experiment with for two reasons. First and foremost, they bring robust nutrition to the table. A publication appearing in the October 2010 issue of the journal Nutrition Reviews proclaims that eating sweet potato leaves may “play a role in health promotion by improving immune function, reducing oxidative stress and free radical damage, reducing cardiovascular disease risk, and suppressing cancer cell growth”. All of these assertions and more are backed up by scientific studies in prestigious medical journals. 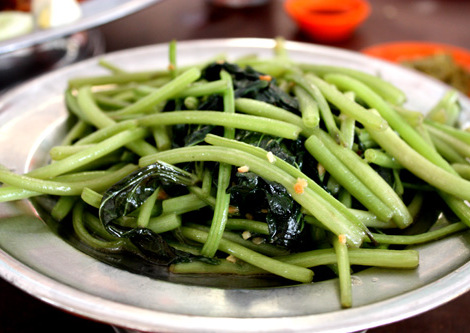 There’s even evidence that eating sweet potato greens may protect consumers from age-related conditions such as macular degeneration. Secondly, according to a few of my foodie friends, these dark green leafy vegetables are quite versatile and can be used in place of other, more commonly used contenders including collard greens, kale and spinach. They can also be eaten raw as complementary or primary ingredients in salads. Perhaps best of all, they’re naturally low in calories (about 20 calories per cup) and have a very low glycemic load of only 2. I hope you’ll join me in trying out this traditional food which may be as new for you as it is for me.

Study 5 – Carotenoid Content and In Vitro Bioaccessibility of Lutein … (link) 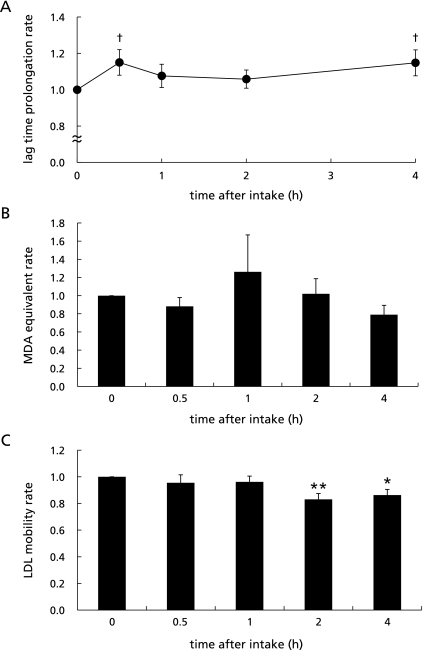