A healthy pregnancy is a big enough challenge for most women. And the reality is that many pregnancies are plagued by a certain degree of pain and discomfort. This unfortunate fact is complicated by a hesitance on the part of doctors and patients to use medications to manage these common symptoms – and rightly so. Many medications are simply not appropriate for growing fetuses. Fortunately, there are some time honored techniques that may offer safer alternatives to medications during pregnancy.

One of the most prevalent problems during pregnancy is pelvic pain. It is characterized by a pain in the front of the pelvis and in the region of the buttocks. It can also radiate down the back of the leg and vary from a sharp stabbing effect to a feeling of dull pain. Pelvic pain, sometimes known as PGP, affects approximately 20% of pregnant women. And, it is one of the most frequent causes of sick leave in the workplace. 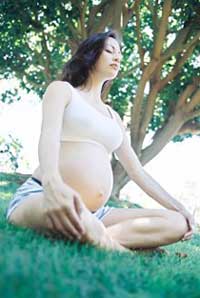 A recent study in Sweden was performed to determine whether acupuncture might be a viable way to manage PGP during pregnancy. In order to do so, Dr. Helen Elden from the Sahlgrenska Academy in Gothenburg, recruited 115 pregnant women who suffered from these common pelvic symptoms.

The group was split into two. One half was administered a specific acupuncture treatment. The other half was subjected to a “sham acupuncture” treatment plan. The sham acupuncture only provided the illusion of needles penetrating the skin. To quote Dr. Elden, “Both the genuine and the sham needles are delivered through a handle, but the sham needle does not penetrate the skin; instead, it collapses into the handle and creates the illusion of insertion”.

It’s important to note that all the pregnant ladies were also given general advice as to how to cope with such pain and an exercise routine that might help them to manage the discomfort.

The results of the study were as follows: Both groups reported significant pain relief. In other words, both the acupuncture and the “sham acupuncture” helped relieve the pelvic symptoms.

But that’s not the end of the story. The researchers also found that the real acupuncture group managed to better accomplish their daily activities and their work responsibilities – as compared to the sham acupuncture group.

This study was published in The International Journal of Obstetrics and Gynecology. The editor of that journal, Dr. Philip Steer, offered this analysis of the study: “For some women the hope of pain relief is enough reason for them to undergo alternative treatments. The results of this study are encouraging as it shows that acupuncture could improve the lives of women with PGP. However, women should consult their doctors and midwives and not abandon traditional medicine.”

This is a good example of “integrative medicine”. The melding of the best of alternative and conventional medicine. And that is a form of compromise with which I wholeheartedly agree.