Last week I reported on a study that found that spending time in nature could help focus attention and sharpen memory. Today’s blog discusses similar research. This time, however, a specific aspect of nature is in the spotlight: the Sun and it’s ability to help combat depression.

Medical science is a lot like detective work. Smaller clues are gathered (like when scientists conduct population studies). Based on those clues, more surveillance is undertaken (as in controlled clinical studies). Then all the evidence is collected and pieced together, from which a picture begins to emerge.

Solving the mystery is always a process. The more information the detectives/scientists have, the more likely they’ll come to the right conclusions.

The smaller clues have been trickling in for several years. Among them, a recent study on older adults residing in an assisted living home. A total of 1,280 adults with ages ranging from 65 to 95 years of age took part in this investigation.

The frequency and levels of depression were measured through “self reports”, and by way of diagnostic interviews. Vitamin D levels were also tested.

The researchers concluded that, “The results of this large population-based study show an association of depression status and severity with decreased serum 25(OH)D”.

Serum 25(OH)D is the type of vitamin D that is screened for in blood tests.

The Many Pains of Fibromyalgia

Another clue comes from a separate population study on women who suffer from fibromyalgia. Fibromyalgia is a complex condition that involves pain and soreness in joints and muscles. It often features psychological symptoms such as anxiety and depression.

To test whether low Vitamin D levels may be associated with the mood-related symptoms, researchers tested the blood levels of D in 75 women with fibromyalgia.

Two questionnaires were administered to determine the presence and severity of anxiety and depression. Almost 70% of the women tested were either deficient in D or classified as having insufficient levels of D.

The summary of the study stated that, “Vitamin D deficiency is common in fibromyalgia and occurs more frequently in patients with anxiety and depression”. 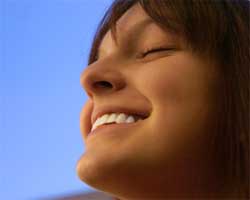 In modern medicine, the most highly regarded type of study is referred to as a randomized double-blind, placebo-controlled study (DBPCS). The reason it’s the “top-dog” of all studies is because it’s specifically set-up to minimize the influence of chance and randomness in study results. In a DBPCS, neither the study participants nor the researchers know what substance is being administered (whether it is the medication/supplement or a placebo).

The final clue in today’s investigation is the strongest clue of the bunch. 441 depressed patients, who were also considered obese/overweight, participated in this clinical study. Roughly 1/3 of them were male and 2/3 were female. Their ages spanned from 21 years to 70 years of age.

Both groups receiving the high-dose vitamin D showed a significant improvement in their depressive symptoms. This was quantified by a reduction in their Beck Depression Inventory score.

Based on these results, the conclusion of the authors was that there, “appears to be a relation between serum levels of 25(OH)D and symptoms of depression. Supplementation with high doses of vitamin D seems to ameliorate these symptoms”.

Two smaller clues point to a connection between low levels of D and depression – both in older men and women and in women with fibromyalgia. Now, a new study confirms that many overweight people with depression are also lacking in this valuable nutrient. But the real question was whether or not we could do something about it. This latest study indicates that we can.

There is, of course, another way of increasing vitamin D levels. Safe exposure to sunlight is the most natural way. By “safe exposure”, I’m referring to spending short, but frequent amounts of time in the sun during non-peak hours. Peak hours are roughly between 10:00 am to 4:00 pm. A sunburn is neither desirable nor necessary to raise your D levels.

And remember, if you get healthy sunlight and some fresh air, you may not only raise your mood but your mental clarity as well!


6 Comments & Updates to “Sunlight and Depression”