Chewing Gum News You Can Use

Television commercials advertising chewing gum tend to focus on superficial reasons to use their products. Often times, flavor is the central selling point. Fresher breath is frequently cited as part of the sales pitch as well. Lately, other novel marketing strategies such as multiple flavors per pack and unexpected flavors such as apple pie, mint-chip and piña colada have re-energized this rapidly growing segment of the candy marketplace. However, what is rarely mentioned in discussions about chewing gum is its potential to promote improved dental and mental health. That is, if you select natural, sugar-free gums that contain therapeutic ingredients. 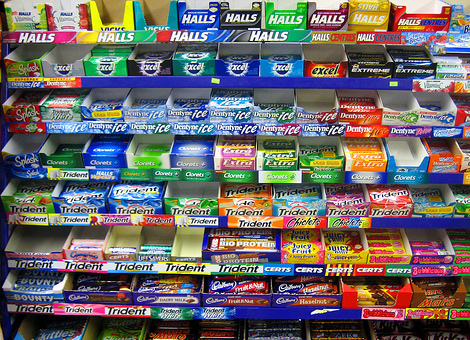 The best documented use for chewing gum is its ability to reduce dental decay and periodontal disease. Recent studies continue to report that xylitol, a sugar alcohol often used in natural gum, effectively decreases the level of a cariogenic bacteria known mutans streptococci. Select plant extracts and spices including cinnamon and magnolia bark have likewise been shown to discourage bad breath or halitosis, promote gum health and protect enamel. But, the health benefits of chewing gum extend far beyond the confines of the oral cavity. For instance, a current publication in the journal Appetite reveals that chewing gum in 15 minute increments suppresses cravings for snack foods and promotes fullness. In the trial, a 10% decline in snack food consumption was noted in a group of 60 men and women. Even more fascinating is gum’s impact on cognitive functioning and psychological scores. Four studies, all published in 2011, provide compelling evidence that chewing gum: a) improves alertness and memory – especially when it’s enhanced with an herbal source of caffeine (guarana); b) lessens feelings of anxiety, confusion and depression; c) supports academic performance on “cognitive tasks” and standardized math tests in adults and children alike.

In the future, I believe we’ll see a greater selection of all-natural, “functional” chewing gums on the market. These products will have a specific purpose beyond that of conventional gum. Until then, I suggest looking for chewing gums commonly found in health food stores that are free of artificial colors, flavors and sweeteners. In particular, I recommend seeking out those that use xylitol as a primary sweetening agent. 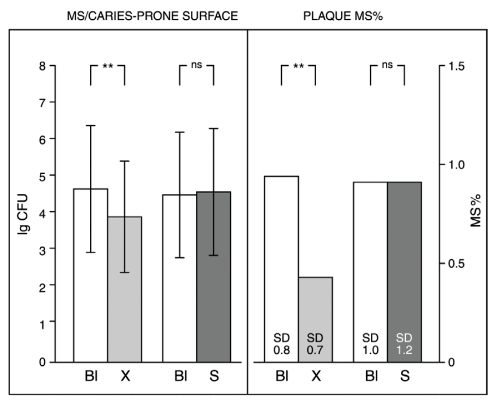 
6 Comments & Updates to “Chewing Gum News You Can Use”