Three Reasons to Get More Sleep

Do you feel rested when you get up in the morning? Are the bags under your eyes heavier than the bags you take to work? Is coffee your best morning buddy? If so, you really should pay attention to what modern science is telling us about the importance of sleep. Your very health hangs in the balance.

A lack of sleep is the new cigarette. An abundance of research is piling up and it doesn’t look good for those who don’t get enough shut-eye. But it’s not all bad news. There is a solution to this potential health epidemic. And it’s as easy to implement as closing your eyes and lying in bed. 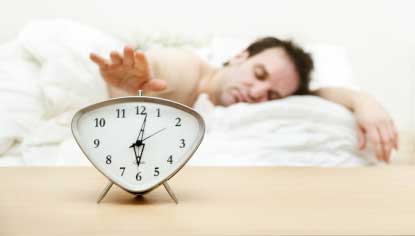 A brand new study in the Journal of the American Medical Association reports a strong association between inadequate sleep and a higher risk of arterial calcium deposits. The study, headed by Dr. Diane Lauderdale of the University of Chicago Medical Center, measured the sleep patterns of 495 volunteers.

The volunteers ranged from 35 to 47 years of age. They were asked to wear computerized wrist bands that monitored sleep-time movement. The frequency of movements were logged into a computer and analyzed. The results were used as an indicator for sleep quality.

A CT (computed tomography) scan was also used to measure the amount of calcium in the heart arteries. One CT scan was performed at the beginning of the trial, another at the end of it, some five years later.

The results of the five year experiment were startling. Of those who developed arterial calcium deposits:

In November, a scientific presentation was delivered at the American Association for Cancer Research. In that presentation, the researchers revealed data on the occurrence of cancer in a group of about 6,000 women.

Back in 1998, all the women filled out questionnaires about how physically active they were and how long they typically slept. In 2007, the researchers studied the data from the questionnaires and reviewed the women’s medical histories to note the occurrences of cancer.

In total, about 600 cases of cancer were diagnosed. The risk for cancer was the lowest (47% lower) in women who exercised roughly an hour a day and got a minimum of 7 hours of sleep a night. The combination of sleep and exercise appeared to be the ticket. One without the other was not nearly as powerful.

Snoozing the Pain Away

In September, an article was published in Biological Psychiatry that reported that missing sleep, even occasionally, could trigger a chain of events that can increase inflammation in the body.

Excess inflammation is a factor in a great many diseases and disorders ranging from arthritis to heart disease to psoriasis and possibly even cancer. Therefore, finding safe and natural ways to manage inflammation is highly desirable.

The authors of the article measured the levels of a substance called nuclear factor (NF-kB). NF-kB is a primary player in the inflammatory process. Healthy participants had their NF-kB levels tested during periods of normal sleep and after forced sleep deprivation. In the female volunteers who were sleep deprived, an increase in NF-kB activity was found.

The editor of Biological Psychiatry, Dr. John H. Krystal stated that the results provided, “evidence that sleep deprivation is associated with enhancement of pro-inflammatory processes in the body.”

Sleeping is one of the most commonly neglected aspects of health care. It’s not something we should try to limit or avoid. Sleep is a powerful tool whose powers we should try to harness for a healthier heart, lower risk of cancer, fewer aches, pains and less discomfort. And it’s 100%, natural and there for the taking.


9 Comments & Updates to “Three Reasons to Get More Sleep”