I rarely eat salads at home or at restaurants. I have all kinds of excuses as to why this is so. I tell myself that salad dressings are usually loaded with preservatives, sugar and other undesirable ingredients. When dining out, I convince myself that the ubiquitous iceberg lettuce isn’t nutritious enough to merit several minutes of chewing. I even worry about getting tiny pieces of salad stuck in my front teeth and not knowing it until dinner, often with clients, colleagues or friends, is over! But, recently a friend who happens to be a salad fanatic inspired me to take another look at the science behind salads. What I found has, at long last, convinced me that salad lovers may have been right all along. 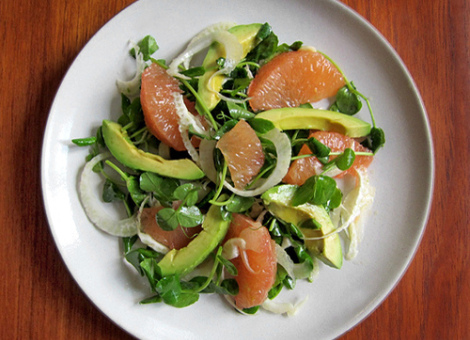 One of the most appealing reasons to eat more salad is that it’s one of the few effective and healthy dieting techniques around. Researchers at Pennsylvania State University report that adding a salad to a meal reduces total meal calories by 11% and increases total meal vegetable consumption by 23%. Previous research indicated that eating a low-calorie salad at the beginning of meals accomplishes this by enhancing satiety. Eating salads is also an excellent way of ensuring nutrient density and mitigating oxidative stress. For instance, a paper appearing in the Journal of the American Dietetic Association reports that salad eaters are 119% to 165% more likely to meet the recommended dietary allowance for Vitamin C than infrequent salad eaters. In addition, if you add fresh herbs and spices such as ginger, lemon balm or marjoram and healthy dressing ingredients such as apple cider vinegar and olive oil in your dressing, you can substantially increase the salad’s overall antioxidant capacity.

Avocados and low-sodium soy sauce are two other additives worth including. Putting a modest 150 gram serving of avocado slices on a salad has been shown to increase the absorption of protective carotenoids (beta-carotene, lutein, lycopene). Dark soy sauce is yet another source of potent antioxidants. Research further indicates that low-sodium soy sauce is a health promoting and palatable alternative to common table salt in salad dressing. When putting this all together, here’s what we find in real world terms. Children who eat a “health conscious” diet containing regular salads may benefit from a cognitive standpoint as attested by higher IQ scores. Men and women with the highest salad intake carry a lower odds ratio (-17% to -24%) of developing cardiovascular disease. One study revealed an even more dramatic finding. Frequent salad consumption reduced the incidence of new cases of diabetes by approximately 84% in an examination involving over 1,110 middle-aged adults living in the UK. To my mind, the evidence in favor of salads is now overwhelming. Let’s all keep that in mind the next time we go out for dinner or shop at the local farmer’s market.

Study 1 – Salad and Satiety. The Effect of Timing of Salad Consumption on Meal … (link)

Study 2 – Salad and Satiety: Energy Density and Portion Size of a First-Course … (link)

Study 5 – Carotenoid Absorption from Salad and Salsa by Humans … (link)

Study 7 – The Identification of Antioxidants in Dark Soy Sauce … (link)

Study 8 – Are Dietary Patterns in Childhood Associated with IQ … (link) 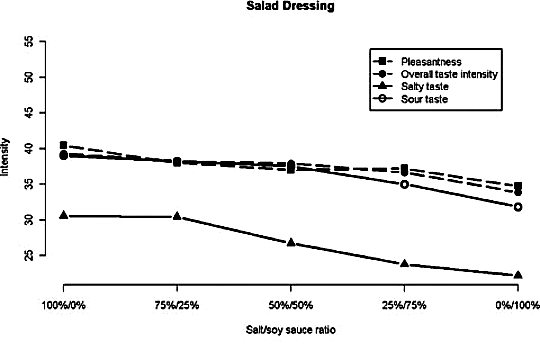