Most of my columns are inspired by material that’s pieced together from numerous medical journals. Today, the exact opposite is true. The majority of studies referenced below can be found in recent editions of the Iranian Journal of Nursing and Midwifery Research. What’s more, almost all of the original studies I link to can be reviewed in their entirety for free. This may be invaluable to patients and physicians who are interested in the finer details and nuances of a medical trial. 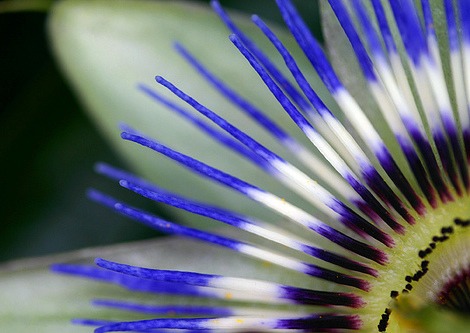 Not surprisingly, women’s health issues are the emphasis of many of the publications. On the topic of PMS, a daily use of 250 mg of magnesium and 40 mg of Vitamin B6 reduced PMS symptoms to a greater extent than magnesium alone or a placebo. Another study reports that patients with dysmenorrhea or menstrual pain responded better to foot massage (reflexology) than the common pain reliever ibuprofen. Other research points to the benefits of heat therapy and reflexology as effective and safe methods of decreasing labor pain in first time mothers. Herbal remedies also made appearances in two current Iranian studies. The first determined that a cream containing garlic and thyme addressed vaginitis comparably to the conventional anti-fungal drug clotrimazole. A second trial evaluated the impact of passion flower and St. John’s wort extracts in managing menopausal symptoms. The conclusion states that both natural medicines were successful enough to warrant use “as an alternative treatment for individuals who cannot, whatsoever, use hormone therapy”.

The remaining four studies I uncovered included both female and male participants and revealed that: a) receiving a 15 minute Swedish massage thrice-weekly significantly lowers diastolic and systolic blood pressure in prehypertensives; b) applying reflexology to patients about to undergo surgery lowers blood pressure caused by anxiety; c) lavender oil aromatherapy promotes better sleep quality in patients recovering from heart surgery; d) an extract of bitter orange blossom (Citrus aurantium) may likewise have a role as a preoperative anxiety relieving product. Finding all of these hidden gems in such an unexpected place reminds us of the value of exploring the globe when looking for the best possible healthcare solutions.

Study 1 – Evaluating the Effect of Magnesium and Magnesium Plus … (link)

Study 2 – Comparing the Effects of Reflexology Methods and Ibuprofen … (link)