S-adenosylmethionine or SAM-e, a natural antidepressant, has been in the news lately thanks to Dr. Andrew Weil. In Dr. Weil’s new book, Spontaneous Happiness, he recommends SAM-e for prompt relief of low mood states that don’t respond to other dietary and lifestyle modifications. A review in the June 2011 issue of the journal Canadian Family Physician also presents a largely optimistic view of this nutritional supplement. In the summary, the primary criticism of SAM-e is how much it costs. In order to reach a therapeutic dosage, the author of the piece estimates a monthly expense of $80 – an amount that likely won’t be covered by most insurance plans. In reality, savvy online shoppers can find even lower prices in the $60/month neighborhood. 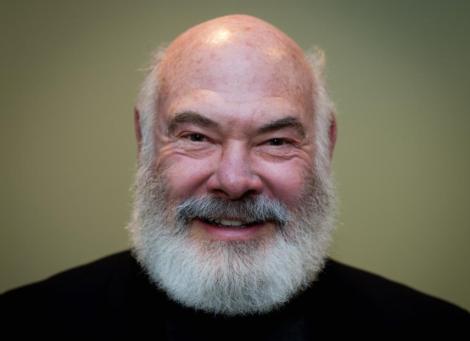 The first thing you need to know about SAM-e is that it can be administered in two ways: orally or parenterally (via injection). All of the research you’ll find below is based on human studies using oral SAM-e supplements. The most common dosage used as a stand-alone treatment for patients with major depression has been 1,600 mg/day. In one study, a four week trial comparing SAM-e to a conventional antidepressant (desipramine) resulted in a 62% response rate in the SAM-e users vs. 50% in the patients given desipramine. Other trials have examined the effects of combining SAM-e with pharmaceutical antidepressants in patients who didn’t respond to the medications alone. The findings of these trials have been quite impressive. SAM-e has consistently demonstrated an ability to improve treatment response rates and reduce remission rates. The most recent study also reported an improvement in cognitive performance in depressed patients taking SAM-e as an adjunct to standard care. Other health conditions that frequently involve mood disturbance, such as fibromyalgia and Parkinson’s disease, may likewise respond to SAM-e supplementation. But, it’s important to note that the dosages employed for these conditions vary from 800 mg/day for fibromyalgia to up to 3,200 mg/day for those living with Parkinson’s disease. In terms of safety and tolerability, SAM-e trumps conventional antidepressants according to preliminary research. However, a small number of users may experience transient anxiety, gastrointestinal upset or manic episodes.

Study 1 – Complementary and Alternative Medicine for the Treatment of … (link) 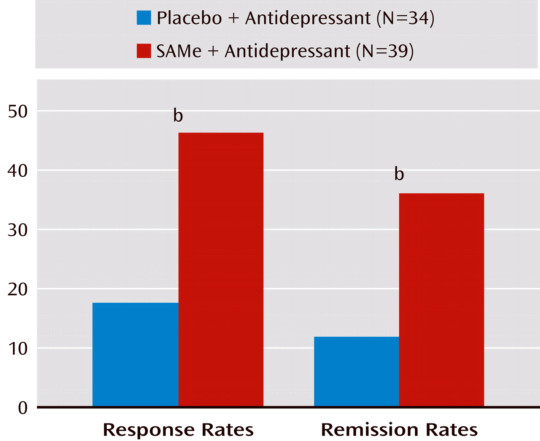 
11 Comments & Updates to “SAM-e for Depression”