The exact number of supplements you take should be predicated upon a variety of personal issues. Finances, diet and lifestyle and the ability to swallow pills are important considerations. In addition, genetic factors, pre-existing health conditions and the potential for drug-supplement interactions ought to be evaluated as well. The following list of supplements is what I consider valuable “add-ons” to my core list of recommendations. These are not essential for everyone. However, the health benefits they impart appeal to a broad cross-section of the population at large. They also adhere to my personal standards with regard to efficacy and safety. 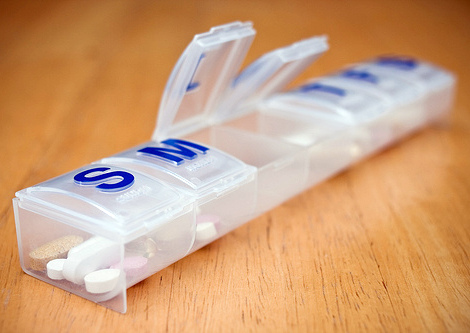 My second tier recommendations are comprised of common and lesser known dietary supplements. Just about everyone is familiar with the health effects of calcium supplementation. Coenzyme Q10 and probiotics have also made strides in popularity in recent years. But, supplementing with concentrated blueberry extracts and full spectrum Vitamin K is still relatively rare.

Calcium Citrate – The bone strengthening benefits of calcium have been widely publicized for decades. But, a recent publication in the journal Health Reports reveals that calcium insufficiency is still surprisingly widespread. An analysis of more than 28,000 women over the age of 50 indicates that up to 69% failed to reach the recommended daily intake (1,200 mg/day) of this essential mineral. This is particularly alarming when you consider that more than 19% of women over 50 are diagnosed with osteoporosis. I frequently suggest using calcium citrate because it’s affordable, easy to find and doesn’t have to be taken with meals. This later point allows for greater compliance and flexibility of use.

Coenzyme Q10 – The scientific data on CoQ10 is both impressively consistent and incredibly far reaching. I recommend it to clients with conditions ranging from fibromyalgia to gingivitis. But, by far, the best documented use of CoQ10 is to support cardiovascular health. The October 2011 issue of the journal Atherosclerosis reports that CoQ10 promotes heart health, in part, by improving endothelial function. The resulting effect is improved blood flow, lower blood pressure and protection for the arteries. While the reputation of CoQ10 is solid, there is some controversy about which form is superior. The most common and best researched variety is known as ubiquinone. An active or reduced form with greater bioavailibility (ubiquinol) may be more potent under certain circumstances. More research is needed to clarify which form or combination of forms is optimal.

Blueberry Extract – Blueberries have garnered a deserved reputation as a genuine brain food. Research from the last few years also indicates that they’re among the top fruits to eat because they actually protect against the harmful effects of elevated blood sugar. This makes them ideal, when eaten in moderation, for diabetics and those with metabolic syndrome. However, since blueberries aren’t always in season, sugar-free blueberry extracts are an excellent alternative that can be taken year round. All told, they tend to be less expensive than eating a daily bowl of blueberries and they appear to yield similar health benefits. Of late, studies reveal that blueberry consumption reduces systemic inflammation and oxidative stress. This purplish wonder food also supports immune function by increasing the number of natural killer cells and probiotics or healthy bacteria in the intestines.

Probiotic Supplements – I enthusiastically recommended eating cultured and fermented foods including kefir, sauerkraut and yogurt on a regular basis. Clinical and population-based studies suggest that doing so encourages generalized health promotion for all ages. But, you don’t need to stop there. Over the past decade, researchers have discovered that specific strains of healthy bacteria improve well being far beyond the gastrointestinal tract. The most current evidence informs that probiotics are capable of improving diverse conditions ranging for depression to liver disease. The key is to find clinically validated supplements that have been shown to address conditions that are relevant to you. In the case of depression, that might mean using a supplement containing a combination of Lactobacillus helveticus and Bifidobacterium longum. For fatty liver disease, a commercially available strain known as Lactobacillus rhamnosus GG is worth considering.

Vitamin K Complex – Vitamin K is present in two primary forms: Vitamin K1 or phylloquinone is abundant in select fruits and vegetables including avocado, kale and spinach; and Vitamin K2 (menaquinone) is primarily manufactured by intestinal bacteria and found in cultured and fermented foods such as cheese and natto. Like calcium, both forms of K support skeletal health. However, Vitamin K does so in a distinct manner. It helps to retain calcium in bones and discourages it from depositing in arteries by activating a protein known as matrix Gla. Since both Vitamin K1 and K2 have performed well in numerous clinical studies, I typically recommended using lipid-based soft gels that contain both forms.

One supplement that did not make my list, but deserves an honorable mention is Biosil. This highly absorbable form of silicon, a trace mineral, supports connective tissue throughout the body that predictably declines with age. The product is available in an encapsulated and liquid form. The latter has an unpleasant odor and taste, but it can masked by taking it in strong tasting beverages such as sugar-free lemonade or pure cranberry juice. 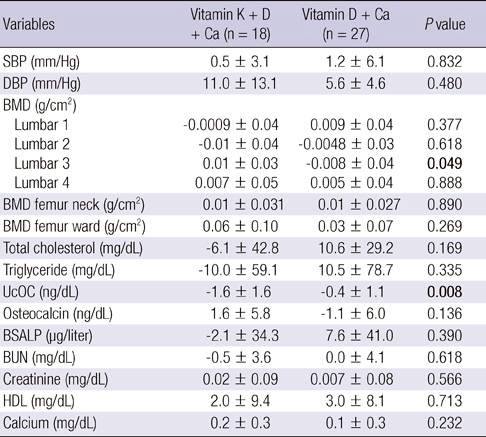